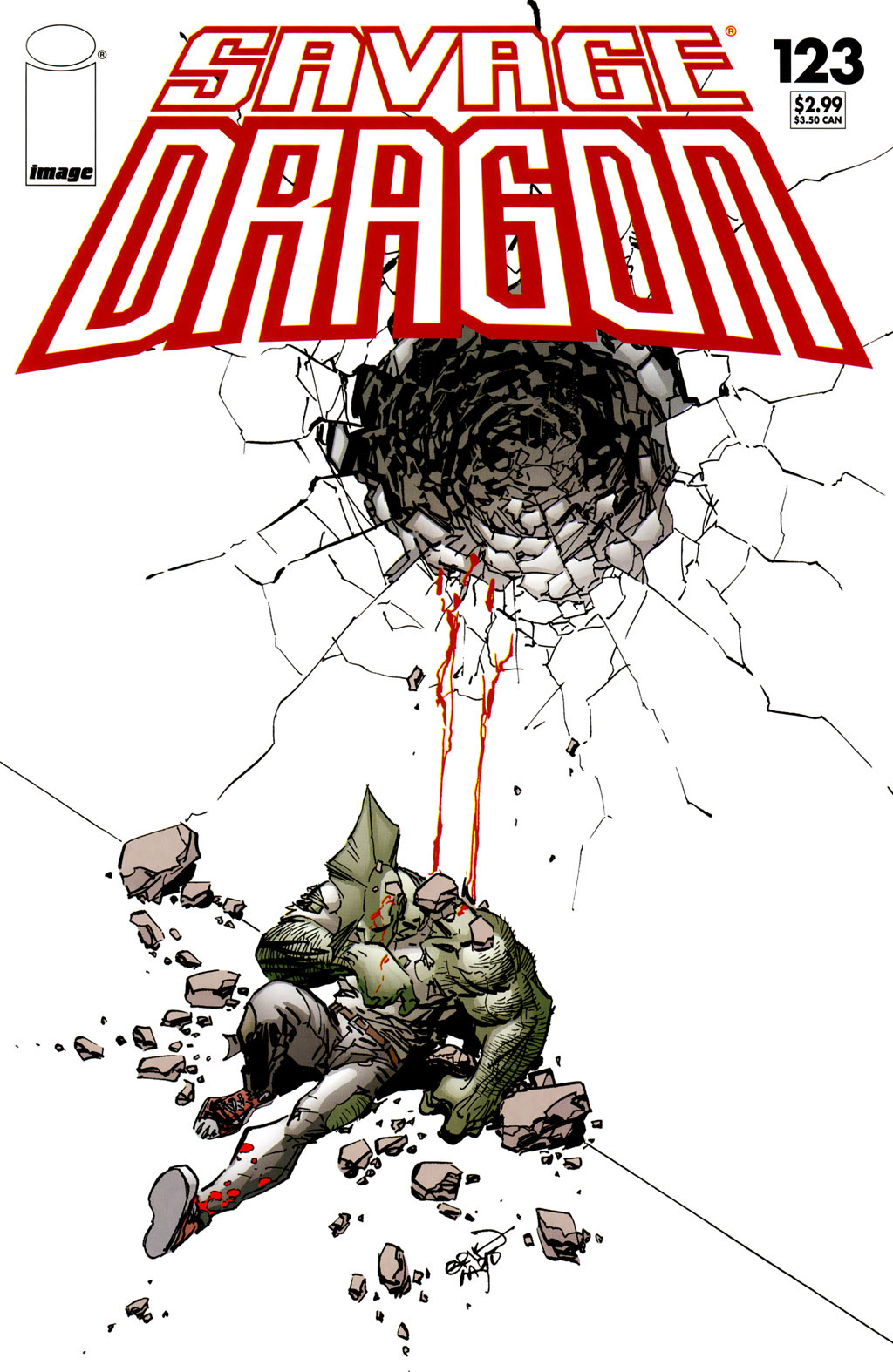 Angel Dragon is taken to the headquarters of the Creator by her diminutive companion as there are all kinds of useful weapons that can be used in addition to it being a good hideout. A noise is heard coming from the basement and Mister Glum promises to deal with it. He had left a battered and bloodied Creator chained up to die a slow and powerful death but the fact that he will not die quietly means that Glum shoots him dead instead.

The hospitalized Jennifer Dragon is visited in her room by Frank Darling who assures her that the Chicago Police Department are doing everything that they can to find her missing daughter. He also tries to comfort her in the knowledge that Dragon will return from facing the Nuclear Man, nothing can ever permanently stop him. Jennifer points out that Dragon is no longer as powerful as he once was and is not nearly as confident.

Nuclear Man is engaged by the army but it eliminates all of the soldiers by punching up shrapnel from the ground. The android then tears off SuperPatriot’s cybernetic arms before then punching off his legs, leaving the hero helpless on the ground. This leaves Dragon alone to face the Nuclear Man and it becomes quickly obvious that the power gloves are not enough to grant him victory. A gun taken from the Creator’s hideout proves equally useless and so the intangibility device that Rex Dexter and Glum invented becomes his last chance.

While the S.O.S. remains unconscious, Alex Wilde emerges from her damaged Battle Tank armor and worries that her career as a superhero is already over. Her nose has been broken from the impact of Nuclear Man’s blows but any concern she has for herself vanishes when she notices Mighty Man nearby. Alex crawls over to her teammate and attempts to wake up Mighty Man knowing that his strength is possibly the only hope of claiming victory.

Back in the early 1990s, Ronald Winston Urass had again been taken prisoner by his father who was determining whether or not he was fit to rule over Lieberheim. Urass directs SuperPatriot into launching Dread Knight into his “doomsday device” that overloads the villain’s armor. As he lay dying on the floor, a proud Dread Knight informs his son that he truly is a worthy heir to his throne.

A rather pathetic looking man calling himself Mister Bug attempts to gain membership with the Vicious Circle but his outlandish appearance and lack of powers causes him to be rejected. Mister Bug seeks to prove his worth and vows to kill Dragon…

As the fight outside the White House continues, the media broadcasts the battle across the nation. Urass watches on and laments Dragon’s refusal to go along with his scheme. He could have taken control of the United States legally but will now have to resort to a bloody coup d’état. Urass dons the Dread Knight armor and finally embraces his heritage. The footage is also witnessed by Frank who goes in to check on Jennifer but discovers that she has disappeared from her hospital bed.

Dragon uses the intangibility device to merge Nuclear Man with the concrete in the ground but this barely slows his opponent down. It then grabs a hold of Dragon’s right leg and breaks it before a punch then shatters the left leg. Nuclear Man repeatedly strikes the limbs, presumably breaking them beyond repair. Dragon grabs a lamppost and impales it through Nuclear Man’s head before turning them solid but his hand holding the device is crushed in the android’s grip.

Nuclear Man begins to heat up and is building up to an explosion so Dragon orders everybody nearby to clear the area. By this time Mighty Man has recovered and he flies down to the scene and tears Dragon loose from their foe’s grip. Dragon’s hand is all but gone but his only concern is for Mighty Man to fly Nuclear Man clear so that innocents are not harmed. The hero reaches a great height before the robot explodes and it does not appear as though Mighty Man survived the blast. Dragon is about to pass out from his injuries when the new Dread Knight arrives to confront him… 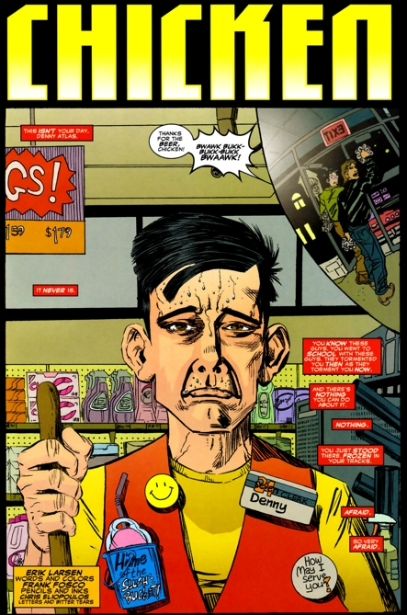 NOTE: This story takes place in the past

Denny Atlas is a skinny young man who has been bullied his whole life for not only his size but also his family heritage. His mother had been driven insane by voices in her head and she ended up killing her husband before turning her gun on herself. Denny’s grandmother had also suffered from the voices and was locked up in a psychiatric hospital. This meant that Denny grew up in a series of foster homes but the voices now spoke to him too.

After yet another night of being spoken to in his dreams, Denny finally decided to listen to the words being spoken to and hitchhiked a lift into a desert. A small and ancient box is dug up by Denny which contains a domino mask. Before the youngster can query how such an item could grant him power, the mask bonds to his face and transform him into a new form. He is now a being of great power, complete with an Ancient Egyptian costume.

The excited Denny revels in his strength and flight, deciding to confront those that had bullied him for so long. He soon tracks down the youths and destroys their car but when he is repeatedly referred to as a chicken; Denny looks at his reflection and is horrified by the sight. Denny truly has become a modern day descendant of the Sun God Ra, right down to having the head of a bird. With a new life there for him, Denny prepares to begin his new existence as a super-freak and becomes known as PowerHouse.