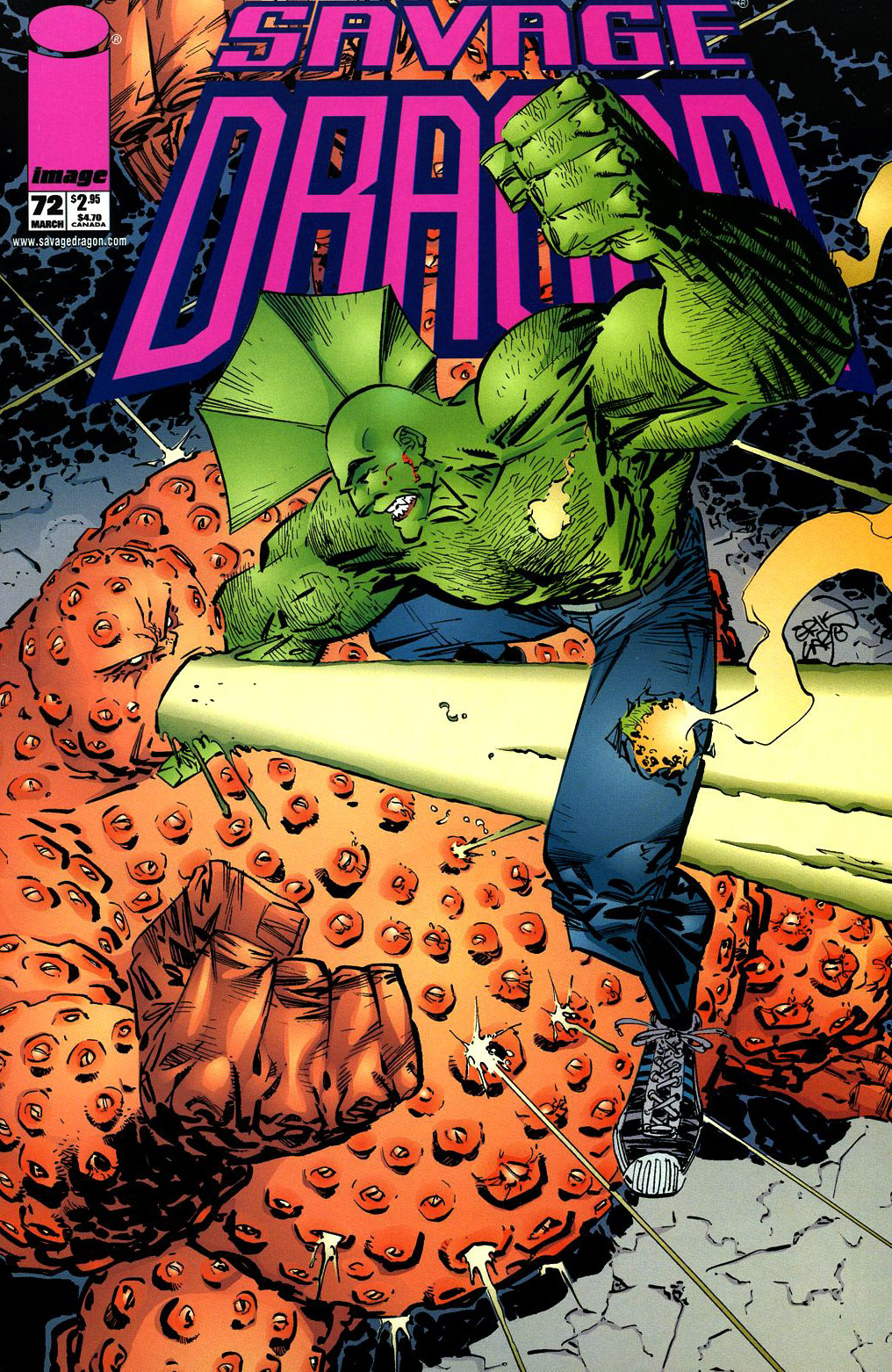 The funeral for Ann Stevens takes place and Dragon notes that he is getting used to these services, the thought of which scares him. Dragon still firmly believes that the Vicious Circle has been targeting his loved ones but when Alex Wilde questions why anyone would view Ann as a threat, Angel Murphy reveals that she used to transform into Mighty Man and beat up villains. Alex quickly figures out that if this is the case and that Ann was found handcuffed to her bed, it seems likely that Mighty Man was actually the primary target and Ann’s death had nothing to do with Dragon.

Alex is overwhelmed by the whole affair as everybody close to Dragon has been dying recently, including her ex-boyfriend Chris Robinson. Almost every one of Dragon’s former girlfriends has been killed and she could well be the last one still alive. Phyllis Deeder comments that it is nice that all of Freak Force have attended Ann’s funeral, except for the deceased Rapture and missing SuperPatriot. She then informs Dragon that Ann truly love him and felt that he should know these true feelings.

As the funeral comes to a close, the new Mighty Man reveals himself and Dragon realises that this person is responsible for Ann’s death. This killer launches an attack upon the heroes present, determined to kill them all. Barbaric is struck down but Dart throws some explosive darts at Mighty Man. She is frustrated with how the former Freak Force has suffered casualties in recent times and that the survivors will now fight back.

Dragon leaps into action against Mighty Man, determined to bring him to justice for murdering Ann who is one of the nicest people had ever met. As he avoids one of Mighty Man’s attacks, Dragon notices that a surviving Wicked Worm is attached to his neck. He removes and crushes the remaining leech and demands that Mighty Man surrenders. The villain refuses to back down, pointing out that the Wicked Worm and he shared the same ultimate goal to conquer the Vicious Circle and annihilate their enemies.

It is noted that the blows of Mighty Man are not as they should be and he is weakening as the fight progresses. Dragon refuses to fall before his superior opponent, adamant that he will avenge the brutal murder of Ann Stevens. He delivers a final punch that sends Mighty Man crashing into the ground unconscious as Dart makes contact with him. Mighty Man passes away and his abilities are passed onto Dart, giving the amputee some mobility again.

Dart identifies the former host of Mighty Man as Freak Force’s former secretary Chelsea Nirvana and explains to Dragon how she had been trapped in the body of her father. When the leech took possession of Mighty Man, at the Vicious Circle’s headquarters, it kept its host in its powered form. This meant that Chelsea’s real body could not eat and starvation led her to weaken as Mighty Man and this ultimately led to her death whilst fighting Dragon.

The Vicious Circle comes under attack by DarkLord who effortlessly walks through their ranks, casting aside the villains as he approaches his intended target. He abducts Baby Boom and abruptly leaves, leaving the rest of the super-freaks to query his goals. PowerHouse had been knocked unconscious during the battle and as he recovers, Octopus explains how the energy baby has been kidnapped.

Angel Murphy’s great aunt and uncle win the custody case for her and the couple take the reluctant child away from her step-father. Dragon regrets not simply taking Angel and going on the run with her but Alex points out that this would have been no life for either of them. Dragon heads to a bar to drown his sorrows with alcohol and is visited by Frank Darling. His best friend offers his support but Dragon simply wishes to be left alone and sends Frank away.

CessPool comes smashing through the wall to attack Dragon, declaring that he should not have messed with the Vicious Circle’s business. Dragon points out that he has not gone after anyone and has merely been defending himself each time he is attacked. CessPool revels in his powers, happy that he was mutated by the Nega-Bomb into a super-freak. He leaps at his intended victim but Dragon uses a broken pole to stab him through the mouth, impaling his assailant through the brain.

As CessPool’s corpse is taken away by the authorities, Dart arrives in her new Mighty Man form to seek out the help of Dragon. Mighty Man firmly believes that the Covenant of the Sword has captured SuperPatriot and he knows that the government will not give him permission to go after him. It is theorised that between Dragon and Mighty Man, the pair could successfully infiltrate the Covenant and rescue their missing friend. Dragon agrees to help out with this mission and finishes off his beer.