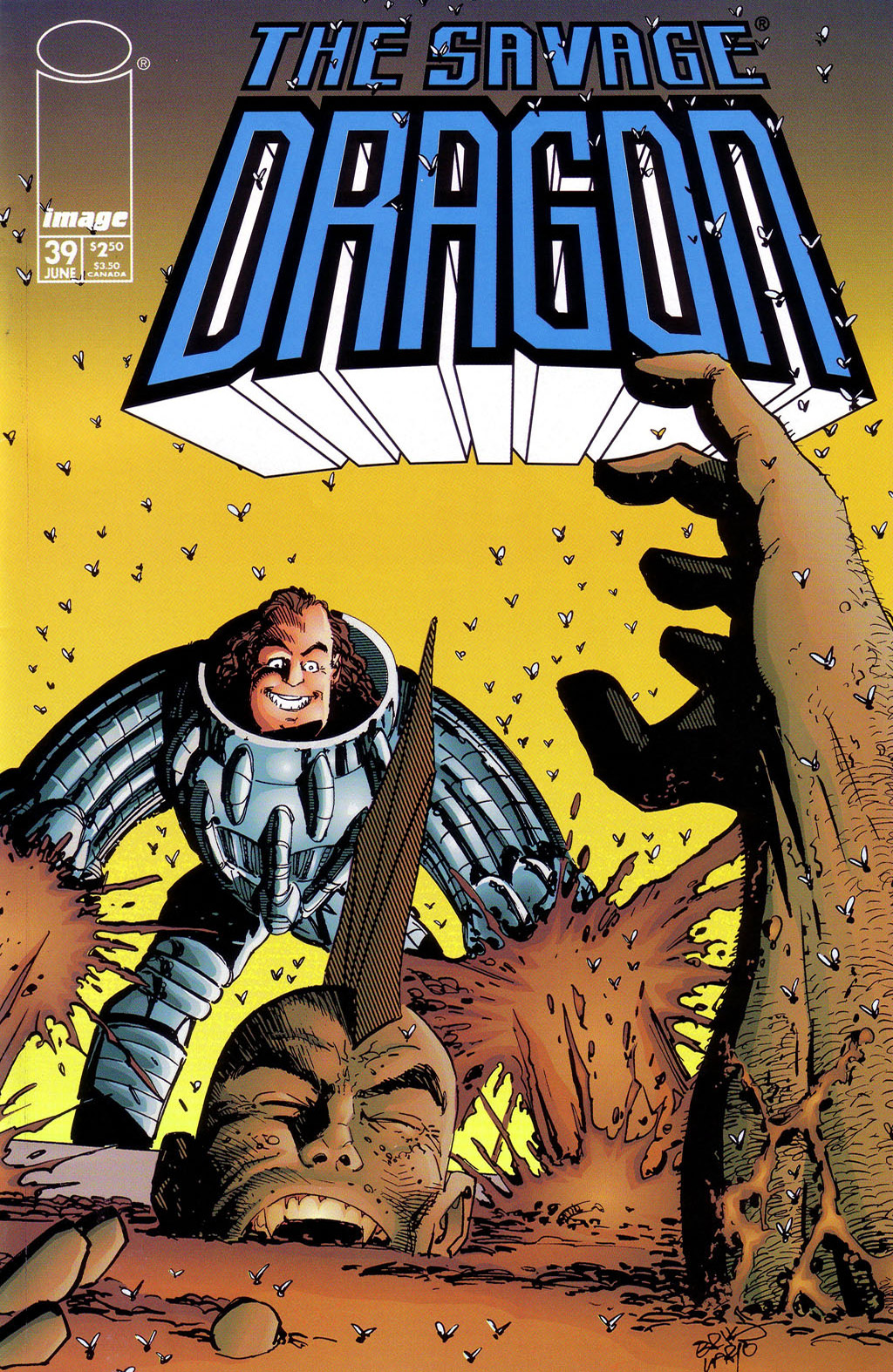 June 1997
22 Pages
NOTE: This issue features a profile for DART

Rita Medermade is lost in thought when she is disturbed by William Jonson who is distressed to discover that she is thinking about Dragon. He cannot deal with the fact that the last person that Rita slept with before him was Dragon and now believes that she cannot get him out of her mind. Rita assures him that she simply feels sorry for Dragon due to Captain Mendosa being so adamant about removing him from the Chicago Police Department despite all he has done for the city.

Frank Darling is concerned over his best friend since he was suspended from the police force and pays him a visit in his apartment. Dragon is having a massage by a woman and Frank is alarmed to discover that they are speaking Mandarin to one another. Dragon explains that he can speak around a hundred different languages but never really used these skills whilst serving with the police. His forced downtime has given him the opportunity to explore other things such as language.

Captain Mendosa holds a secret meeting with Horde where he assures the villain that he will be able to terminate him soon. He is experiencing some resistance from his superiors though as there is some concern from them that removing Dragon from duty will allow the Vicious Circle to assert their presence all over again. A suitable replacement must be selected but Horde warns his ally to choose carefully as he does not wish to go through the trouble they have had with Dragon all over again.

On a night out in a bar, Alex Wilde attempts to convince Dragon to appeal against his possible termination. His plan to simply act as a bounty hunter is ridiculed by pointing out how Freak Force’s headquarters is a dilapidated building. She heads off to the bathroom and leaves Dragon with her boyfriend. Chris Robinson reveals that Amanda Mills is getting married to the former drummer of Peter Klaptin, Bruce Love. Amanda fell in love with him whilst Peter had been kidnapped and it amuses both Chris and Dragon that Bruce was the real writer of Peter’s songs and she has simply moved on to the next most talented person. Chris then declares that he has come to a decision regarding his dual role as Star; he has retired his costumed persona.

Horde holds a gathering with a large number of the Vicious Circle and explains that he does not wish to conquer the city by force like CyberFace. He will be using more subtle means but will require a little patience in accomplishing his goals. PowerHouse does not understand how Horde has by-passed the chain of command to seize leadership. He is pinned down by some of his allies as a leech moves to possess him, just as other leeches had enslaved the rest of the Vicious Circle. PowerHouse intercepts the leech and recognises it as Mighty Man’s old foe, the Wicked Worm. He shrugs off his bonds and flies away as he has plans other than being a mere pawn.

Dragon returns to his apartment with a very drunk woman named Susie whom he hopes to take up to his bedroom. As he opens the front door his apartment is suddenly filled up with a huge amount of excrement. Dragon grabs a hold of his companion and breaks free from his home where he comes under attack by Chaos & Control. As the duo fight Dragon, Dung starts to talk with the woman who runs away in both horror and disgust.

Control is knocked loose from Chaos once again but this time Dragon has a plan and he uses Dung’s weapons against his own ally. One of Dung’s high pressure shit-shooters is rammed into Chaos’s mouth before being fired, blasting apart the creature’s head. With the rest of the villains now unconscious, Dragon turns his attention to his date and is disappointed that she is nowhere to be seen.

Dragon returns to the police precinct where he gathers up all of his belongings now that his termination has been confirmed. Alex and Frank do their best to try and get Dragon to change his mind but all to no avail. Dragon bids an emotional farewell before departing just moments before Captain Mendosa announces his replacement. The Chicago Police Department are shocked to discover that their new super-powered officer is the less than effective She-Dragon…