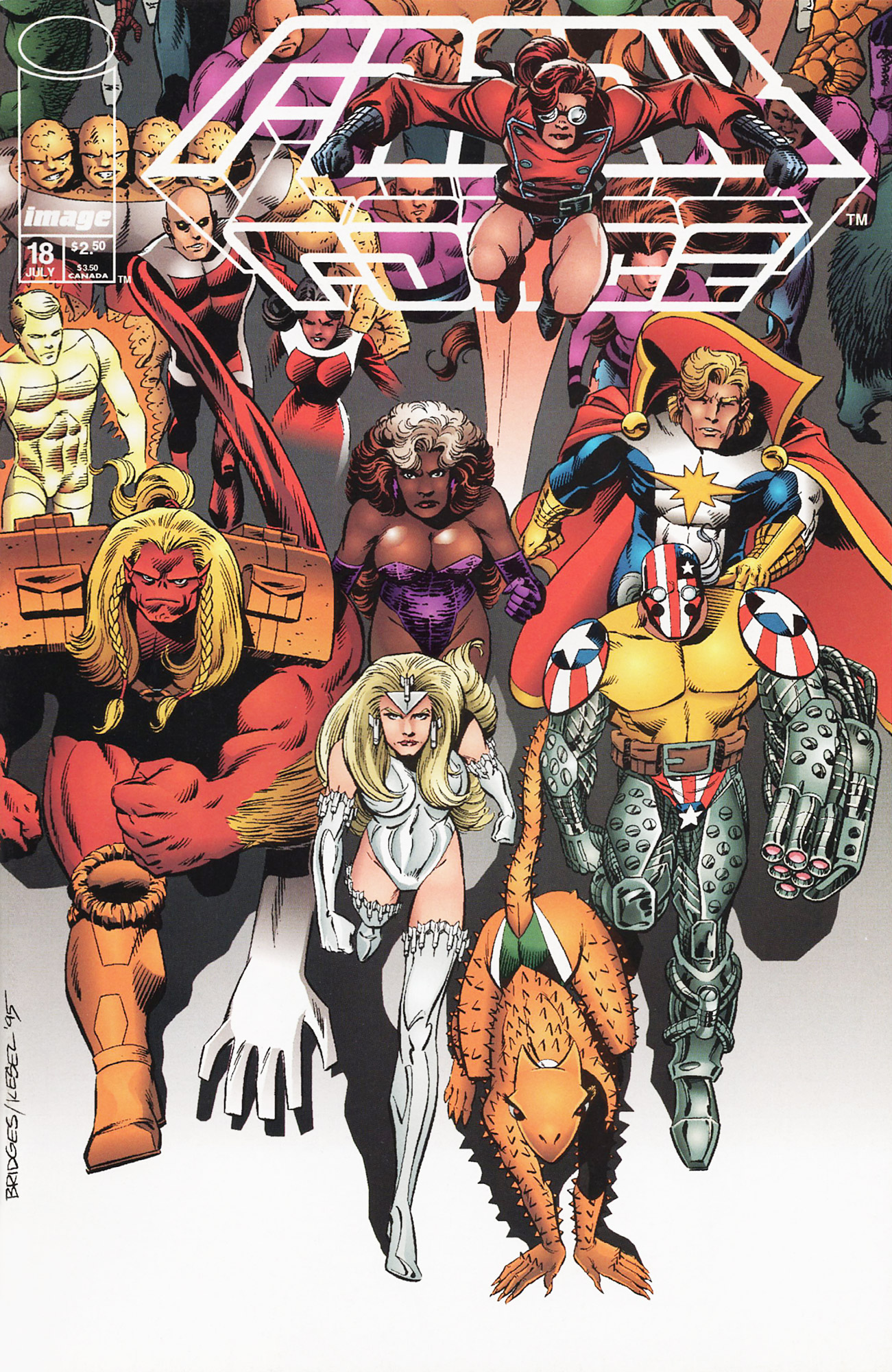 Dr. Verlag calls off the beating being suffered by Barbaric before he is killed and is disappointed that he did not give up Ricochet’s location. He grows frustrated with his prisoner but leaves him to suffer even more abuse. The guards mention that Barbaric will never give up Ricochet but Dr. Verlag already knew that, he just wanted the satisfaction of breaking him. It is then revealed that there is a bill in congress to declare super-freaks a separate species which would strip them of their rights.

A helicopter lands a short distance from the M.M.M.S. that has been supplied by Jake Farrell. He is repaying his debt for the Cosmic Cops incident in New York City and admits to knowing about the slave camp but claims that he thought they merely supplied the government and other organizations with super-powered operatives. Jake then makes a comment about Chelsea Nirvana which prompts her to check out her reflection and she is horrified to discover that gaining Johnny Redbeard’s abilities is gradually transforming her into a man.

Over at Hillman Hospital, Mighty Man is moved around by the nurses who accidentally cause his wrists to slap together, transforming him back to Ann Stevens. Phyllis Deeder had been released from her bonds by the Inhabiter and she races over to Freak Force’s headquarters. She arrives at the same time as Ann and tries to explain about what is happening.

Back at the M.M.M.S., Dr. Verlag is informed that intruders have been detected approaching their compound. The enslaved super-freaks are unleashed upon the intruders but Dart is able to rally them, leading them to victory. Jake Farrell, Rapture and Chelsea make their way through the compound where Dr. Verlag confronts them. He is suddenly pulled backwards into a building by Barbaric who has escaped and taken down his captors.

Barbaric breaks some of Dr. Verlag’s limbs but is talked out of killing his long-time tormentor by his friends. The Inhabiter approaches and the sight of his surprises Barbaric but he passes out from his various injuries. Jake wishes to take Dr. Verlag away with him but the Inhabiter demands that he be left behind with him. He promises that there will be no killings and allows Freak Force to leave unmolested, informing Ricochet that he no longer bears her and Barbaric any ill will. The heroes depart and the Inhabiter quickly orders for Dr. Verlag and his staff to be killed. He has not really forgiven his former friends but merely saw this as the easiest way to get Freak Force to depart. Chelsea is then presented with her new army and their plans for conquest can finally commence.

The reunited Freak Force return home and pass Mighty Man on the way as he had been racing to help them after Phyllis filled him in on their troubles. He catches up with the rest of the team but Freak Force are greeted with the sight of their headquarters burnt down, Ann having left tea brewing which caused a fire. With nowhere else to stay for now, Mighty Man takes his teammates to the apartment of Phyllis Deeder where she reluctantly agrees to house them again.