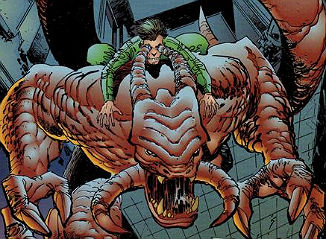 Chaos & Control are a pair of symbiotic partners that work together within the Vicious Circle, first emerging during the Gang War. They served as enforcers for CyberFace during his leadership of the criminal organisation. Chaos & Control remained within the group for many years and are now some of the more senior members, even leading their own unit on one location.

The pair later help Dart II attack Stronghold Penitentiary in order to free members of the Vicious Circle. They later move to Toronto with the other members of the VC during the negation of Chicago.  They both are later brutally murdered during a fight with Mako II