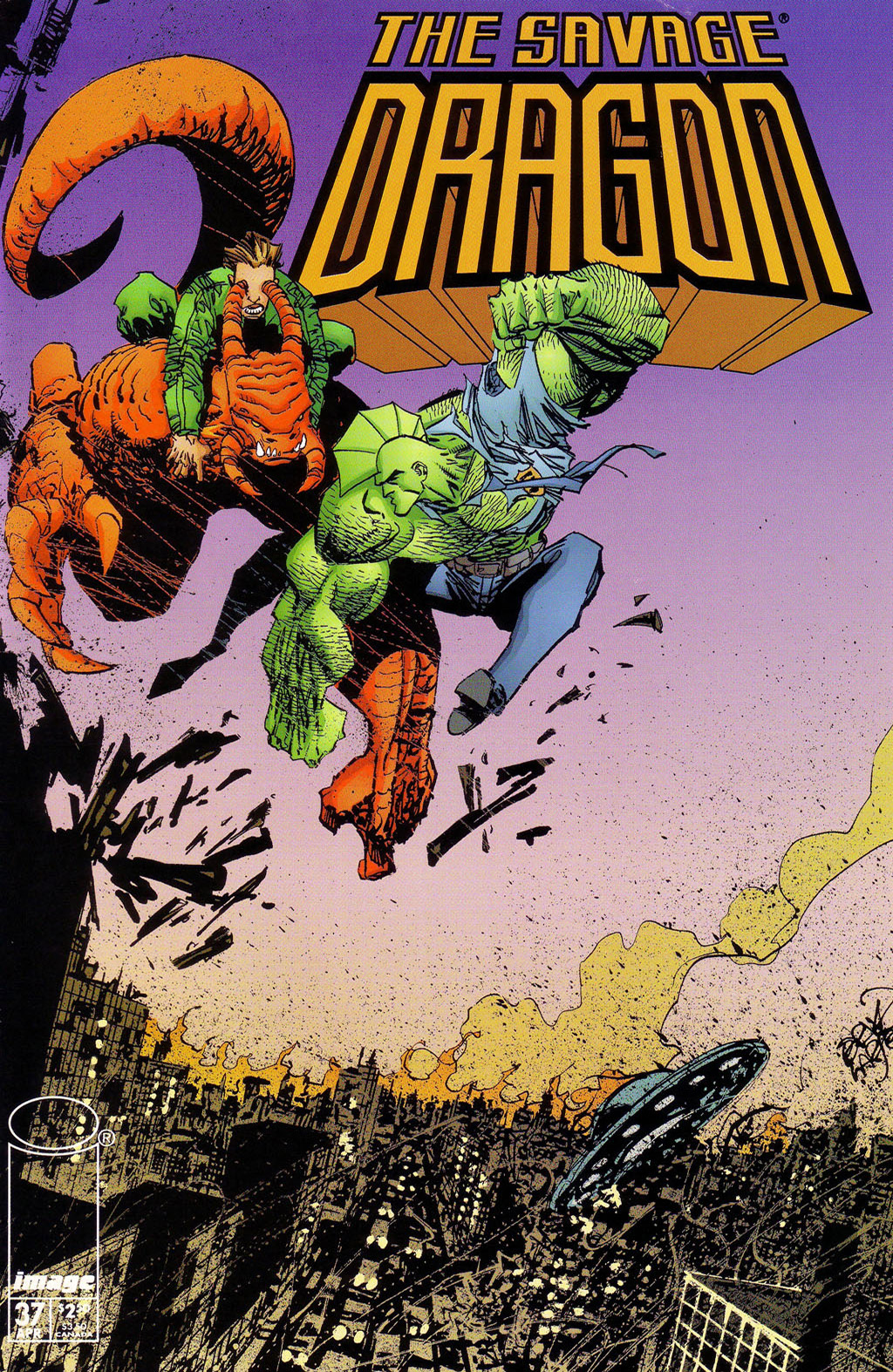 The increase in the superhuman population of Earth has been noticed by the Martians who have identified these people as potential threats to their home world of Mars. They opt to attack Earth to rid themselves of this perceived enemy. As a huge number of flying saucers arrive above the planet, Sam Haze and other broadcasters cover the story. It is reported that Youngblood and many other heroes are missing and presumed dead from the opening salvo.

Dragon had been in bed with a young woman named Claire Bono when a hole was blasted through his apartment’s wall. He is attacked by Martians but promptly kills his two assailants before getting ready to take up the fight. The media continues their coverage and note that SuperPatriot had been appointed the head of Earth’s military and is leading the counter attack.

Freak Force struggles to deal with mere alien foot soldiers; Dragon suggests that someone takes the fight directly to the Martians. Rapture jokingly tells him to do it so that he quits complaining and to her surprise, Dragon opts to take her seriously. He contacts Vanguard and has him transport him to Mars where he begins destroying the Martians’ infrastructure.

The Vicious Circle take to the streets of Chicago to defend their city as CyberFace has no intention of allowing it to fall to outsiders. SoundStorm is killed during the battle but only DownLoad seems to show any distress over this death. A group of police officers attempt to flee the Martians but Walt Gilroy is shot dead. Dung of all people comes to their aid by blasting the aliens, although saving anyone from the Chicago Police Department was hardly his first priority.

It is reported how the entire city of Detroit has been destroyed in a huge explosion and that the heroes defending it are now missing. Mighty Man does his best to protect his teammates in Freak Force but his status as World’s Mightiest Man means that he is drawn all over the world. He advises his friends to watch out for themselves as he cannot be everywhere at once.

The devastation caused by Dragon on Mars prompts the entire Martian force to head home, unaware that their planet no longer has a breathable atmosphere. All of their fuel has similarly been destroyed which means that the Martians can never return and are now doomed. SuperPatriot oversees the victory alongside Lord Emp but they discuss the casualties that the superhero community have suffered, including Youngblood, U.S. Male and the Pact.

Vanguard is thanked by Dragon for his assistance before Vanguard teleports his ally back down to a war-torn Chicago. Dragon wanders the streets and surveys the damage as Sam Haze announces to the world that they are all now safe. William Jonson had finally slept with Rita Medermade but he now leaves her apartment without saying a word.

Dragon continues to explore the battle-damaged Chicago he is ambushed by Chaos & Control and a fight breaks out. Dragon knocks Control away from his partner but this serves to merely unleash Chaos, the monster ruthlessly beating Dragon into the ground. Control reconnects with the creature and together they deliver the defeated Dragon to the rest of the Vicious Circle. Dragon slowly regains consciousness before CyberFace announces that the city now belongs to him. The conquest of Chicago is merely the first step in the Vicious Circle’s ultimate goal of ruling the world…