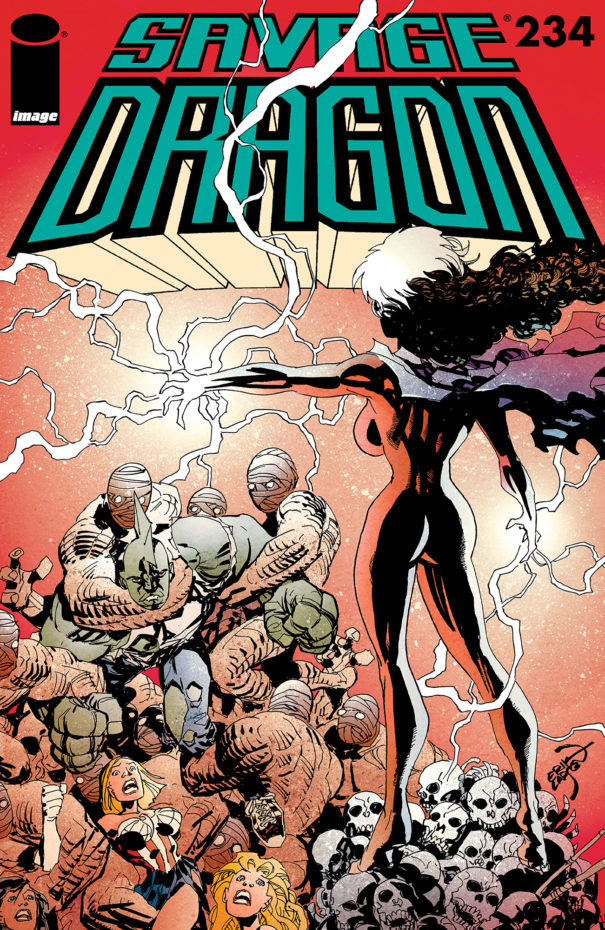 Malcolm refuses to accept that Maxine is dead and instead instructs the doctors to inject her with his blood in the hope that that will resuscitate her. Malcolm then makes a call to Thunder-Head and asks that he bring him something from his apartment. The transfusion does not seem to have any effect on Maxine for some time but she eventually undergoes the transformation into a Chosen One. Maxine is less than thrilled at her resurrection as she seemed to have enjoyed her afterlife.

Meanwhile, in Dimension-X, Jennifer Murphy does her best to defend her fallen daughter but she is soon overwhelmed by the Bully-Boys. They are soon called off by Rapture before their overzealousness kills the woman. Their mistress then dons a power glove once owned by Mister Glum and awaits the inevitable return of her son from Bridge-World. The moment Michael Dragon steps through the portal he is sliced into pieces as a horrified Alex Wilde watches on.

Maxine is introduced to her new baby girl as the triplets arrive with Thunder-Head and Mei which helps to cheer her up somewhat. This peace is soon interrupted when the Perfect Women™ come bursting through the hospital walls to attack Malcolm. The kids and the newly super-powered Maxine leap into action to help the injured Malcolm and soon they gain the upper hand. All but two of the androids are destroyed and they are forced to retreat before their total defeat.

In the aftermath, Maxine starts to feel dizzy which heralds the inevitable explosion caused by the blood of the Chosen One. Malcolm leaps into action to take some Freak Out from his old police belt, that Thunder-Head had brought to him, and injects his wife with the drug. Maxine is soon back to normal and is fully restored to her original form. Malcolm and Maxine soon celebrate by having sex, getting walked in on by Walden Wang and his camera crew who are hastily ordered out.

Rapture explains again how legions of Jennifer and Angel Murphy duplicates have been mentally and physically broken down before ultimately getting fed to the Bully-Boys. This army now feast upon the remains of Michael but the Chosen One blood they are consuming soon causes every single one of the Bully-Boys to explode. This enables Rapture’s three prisoners to mount one last escape attempt against her.

Battle Girl is blasted by the power glove and rendered unconscious as Alex pleads with her to wake up and help. Jennifer takes the fight to Rapture alone and destroys her power glove but she is soon overpowered by Rapture’s electrical abilities. Alex is forced into action and uses her own recovered power glove to cave in Rapture’s head. She then crawls over to check up on Jennifer, only to discover that she has been shocked to death.