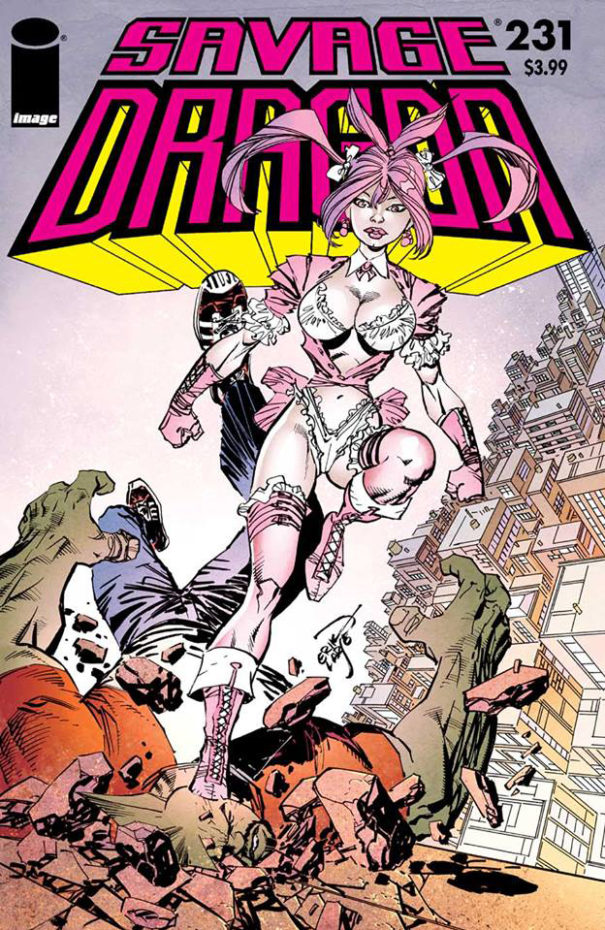 A middle-aged woman cares for an infant when suddenly a wall comes crashing down as the newly-escaped and powered up Dart bursts through. She has come to lay claim to her child and, still in her Mako form, strikes the pleading nanny at a wall. Dart then assures her child that everything will be okay before reverting back to her human form. Dart will now raise the previously unrevealed child that had been fathered by the late Battle Dragon.

Maxine and Mei discuss the fact that they are both three months pregnant, with the younger of the pair playing up the awkwardness of the situation for the benefit of Walden Wang and his film crew. Malcolm talks over the matter with his brother as Thunder-Head becoming a first-time father is a huge deal, although his words of attempted encouragement mostly serve to annoy Kevin rather than support.

Meanwhile, Alex Wilde attempts to plead for mercy from Rapture but her words fall on deaf ears. The imprisoned women learn how the Bully-Boys have raped and murdered numerous versions of Jennifer and Angel Murphy that had been taken from the stasis pods of DarkLord. Rapture is amused that this is the first Alex that she has been able to sacrifice to her minions. Jennifer once more tries to escape but Rapture shocks her unconscious again.

One of the brand new Perfect Women sex dolls is seemingly hacked and brutally murders the wealthy man that had been sleeping with it. She then proceeds to rob her victim of his expensive belongings before fleeing the scene. Malcolm receives a phone call requesting that he help bring in the fugitive sex doll and is met with strong resistance from Maxine. She is enraged that he would leave her alone with their kids but it is soon revealed that she had been playing the part of the unlikable woman for the benefit of the reality show, a part that Walden fully bought into and celebrates.

Malcolm leaps into action when he spots the rogue Perfect Women killer but is startled to learn that she is not alone. He is soon attacked by numerous other sex dolls that proceed to brutally beat him high above the city. It is not too long before the Perfect Women are able to overwhelm the hero and leave him plummeting down below so that they can escape…

Angel is dragged out of her cell to become the first victim of the Bully-Boys and nothing she can do seems to make any difference. She is suddenly aided by a new arrival who is berated by Rapture for being a traitor to her. This stranger fends off the Bully-Boys and enables Battle Girl to defend herself. The pair then releases Alex and Jennifer and is able to make their escape. The group soon reach relative safety before the stranger removes his hood to reveal that he looks much like Malcolm…