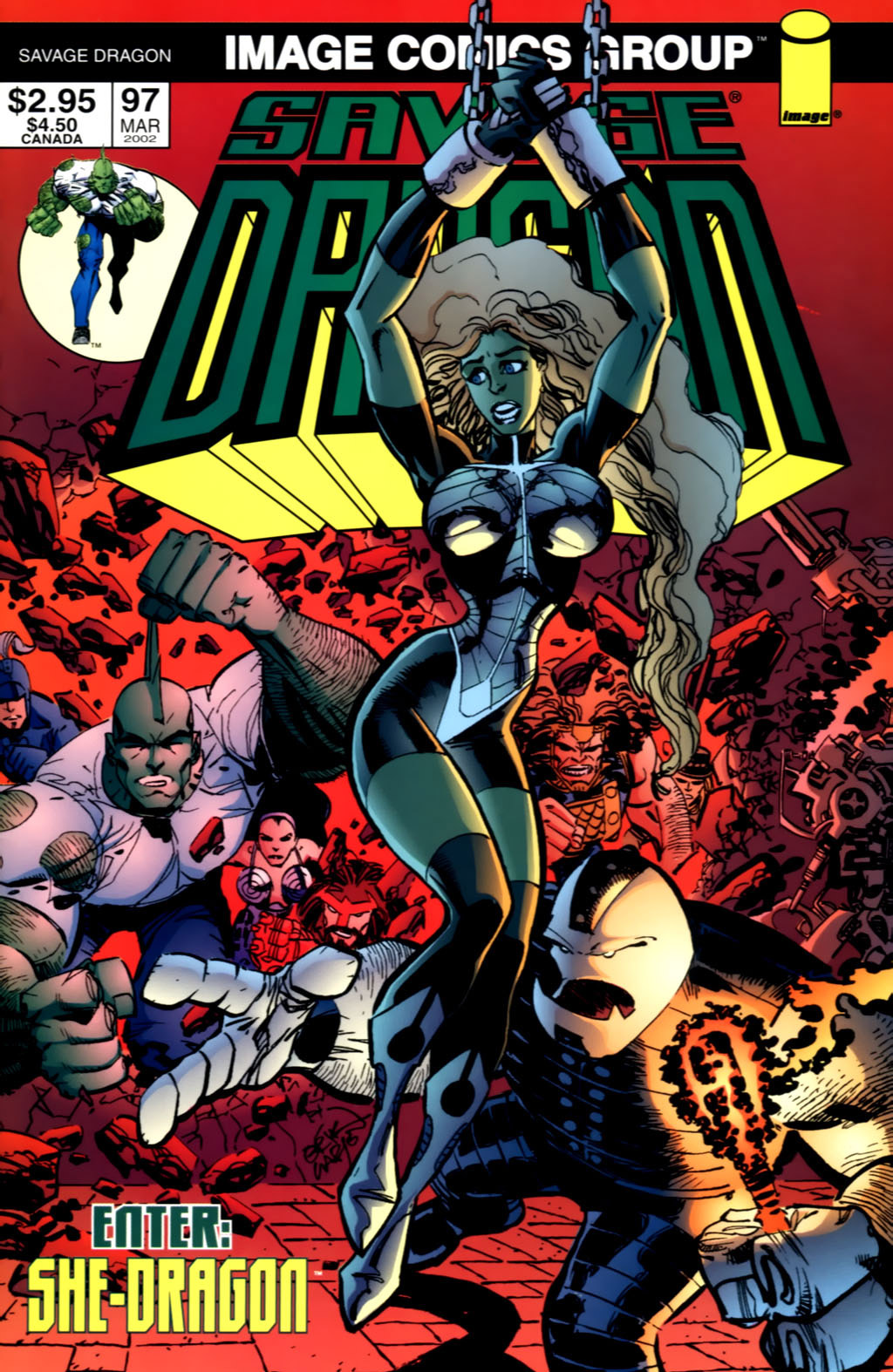 Dragon notes that the world has changed a great deal for him recently and he finds himself at something of a loose end. He was paid a huge advance to write an autobiography and spends most of his time trying to write something that makes sense. Jennifer and Angel Murphy still have not been found but Dragon cannot entertain the idea of moving on with his life. Frank Darling stops by to visit and is congratulated on his recent promotion to Captain of the Chicago Police Department.

Frank attempts to convince his best friend to moving on but his suggestion falls on deaf ears. Dragon is informed by Frank that he and his wife are concerned by his current mental state. Dragon seems content to sit around his house all day or going to visit the crater where his house used to be located. Dragon points out that if Mildred and Frank Jr. were missing that Frank would never give up and that is the way that he feels about things.

The book writing is a frustrating experience for Dragon as everything he writes just sounds crazy, even to him. Dragon receives telephone call from Rock who asks for help after Janey was abducted from his family’s new home. The scene is examined by Dragon and he recognizes the design on a fragment from a bracelet. Beast Boy is eager to help out with reclaiming Janey but Dragon thinks it better that he handle the situation on his own.

Dragon arrives at God Town where he is besieged by the Gods who soon overwhelm him, dragging him to the throne room of Herakles. The leader of the Earthbound Gods demands to know why Dragon has ignored a directive never to return to his city. Dragon discusses the kidnapping of Janey, ruining the newfound happiness that Rock and Widow gained by marrying each other. He then points out that the child is more mortal than God and that her abduction may force the Gods to interfere with mankind as thousands of humans will likely want justice over Janey.

The thought of giving up one of his own displeasing by Herakles who instead proposes an exchange: Janey will be returned to her parents if Dragon can retrieve one of their own that has eluded them. Rakkum. This fugitive has avoided capture by more than one God and that some of them have not even returned from their assignment.

The Creator is confronted in Hillman Hospital as it is believed that he may hold information that will lead Dragon to his target. The villain refuses to help as he blames Dragon for killing his Homages, seeing him as the opposite of him by bringing death whilst he brings life. Dragon explains that Rakkum has been mixed up with one of the Creator’s former minions, She-Dragon. He demands to know where he can find She-Dragon and threatens the Creator enough that he loses control of his bodily functions. Ann Stevens stops by and is disgusted by the mess that Dragon has caused.

She-Dragon has been restrained by Rakkum who also has the Eternal Youths locked up, hooking them to a machine. The villain is using his captives’ combined abilities to open a portal to another reality so that DarkLord can move over to this Earth. Dragon arrives and liberates the Eternal Youths, preventing the machinery from activating. Rakkum tries to figure out what has happened but is rendered unconscious from a single punch from Dragon. The hero cannot figure out why his foe caused the young heroes present so much trouble but shrugs off those concerns.

Dragon is surprised when She-Dragon leaps onto him and delivers a passionate kiss before getting pushed aside. Dragon explains all about his origins from another reality before announcing that he must depart to deliver Rakkum to the Gods so that he can retrieve Janey. He advises that the Eternal Youths dismantle the machinery that they had been attached to. She-Dragon makes a suggestion that perhaps Dragon should use the device to return to his home reality. This possibility causes Dragon to ponder and he asks his allies to sit tight until he returns to make his decision.

Rakkum is delivered to the Gods, surprising Herakles as he had not considered that this capture would have been possible. Janey is brought out and is assured by Herakles that she will always have a place amongst the Gods. Dragon takes custody of the child before telling Herakles that if he is concerned about his people interfering with mankind then perhaps he should lead the Gods off of the planet. He then returns Janey home and is thanked by Rock. Without Dragon’s help, his family would still be living underground and because of him they now have jobs and a place to live.

After returning to Rakkum’s laboratory with some friends, Dragon prepares to finally return home. Frank pleas with his friend not to abandon them as the world still has a need for heroes but Dragon feels that he does not belong there. He had been hoping to be reunited with Jennifer and Angel but accepts that they are not even his versions. Rex Dexter admits to not fully understanding the inter-dimensional equipment but is able to activate it at least. The portal is opened to allow Dragon to pass through and it will reopen in a weeks’ time should he decide to return…