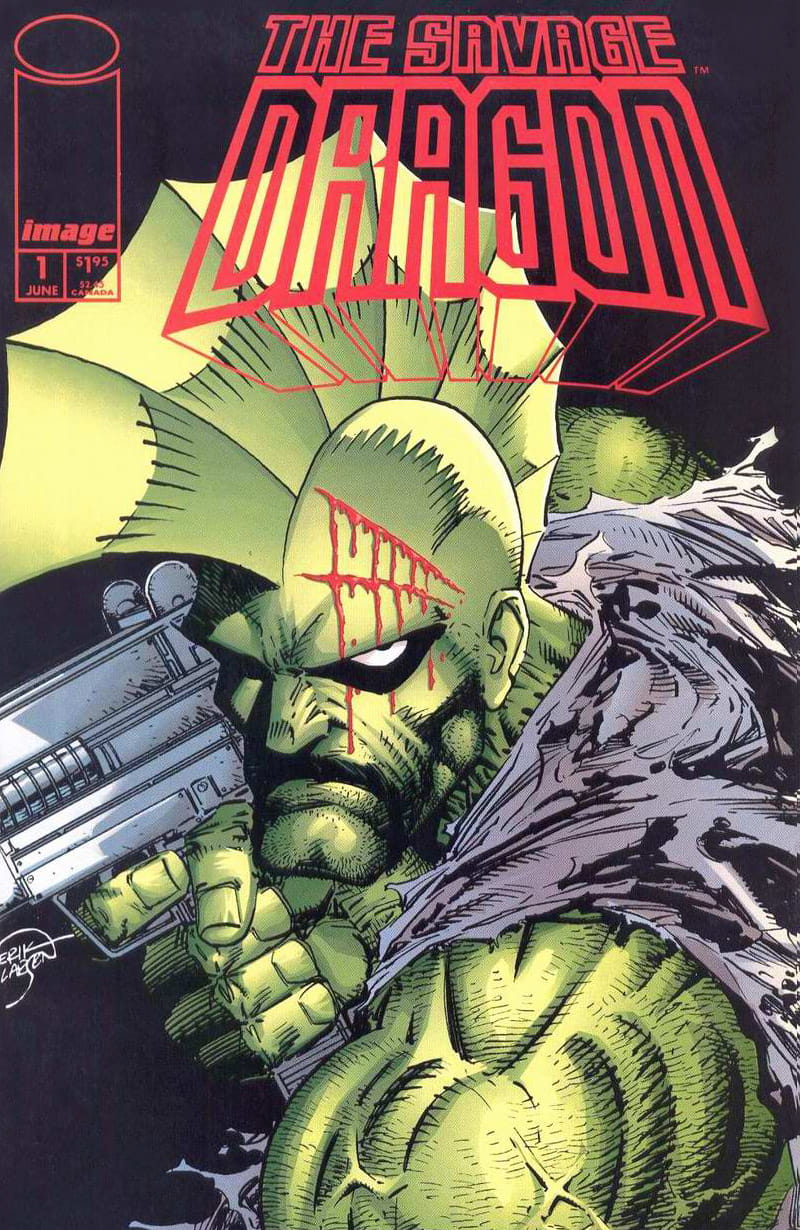 Dragon confronts a deranged super-freak called the Shrew who has been butchering innocent people for no apparent reason. He makes his move against the killer and a brief skirmish breaks out between the pair but when the Shrew slices open the Dragon’s face, he is blinded by his own blood. This gives the Shrew the opportunity to flee into the shadows.

Upon returning to his precinct, Dragon is assured by Frank Darling that he has spoken to his superiors about getting him some super-powered help but it is taking time. Dragon no longer believes his best friend and realizes that he no longer truly trusts him. Frank recalls the events that led to Dragon joining the Chicago Police Department. SkullFace discovered his part in the raid on Fred Darling’s shipyard that left his cousin’s death and is no blackmailing Frank into keeping Dragon away from any activities involving the Vicious Circle.

Alex Wilde tries to talk with Dragon but he brushes her off as he leaves the precinct. She makes excuses for him with a colleague as he is having a hard time since Debbie Harris was killed in Dragon’s apartment a few months ago. Dragon heads to Moe’s Bar, a drinking establishment whose clientele are exclusively super-freaks. He is approached by a villain named Johnny Nitro who mocks him over being a supposed dragon but with an inability to breathe fire. Dragon grabs a lighter and spits spirits at Nitro, creating a flame thrower effect. He then proceeds to take down all of the freaks present when they take up the fight against him.

A news report on the television reveals that there has been multiple sighting of Mighty Man throughout Chicago despite the hero having been killed over a year ago. The popular singer Peter Klaptin is also said to have lost his trademark long hair to a fire. In DeKalb, Illinois, a couple lie dead in their home as a voice from their basement calls out to their parents…

Dragon remains drinking in Moe’s Bar when Alex Wilde catches up to him and tries to talk to him about his girlfriend’s recent murder. She advises him to visit Debbie’s grave but as he arrives at the site, Bonnie Harris is present. Debbie’s mother blames Dragon for her death and demands that he leave immediately. This merely makes Dragon feel even worse than he had previously.

An elderly lady has been making phone calls to the precinct to claim that Dragon is really her long-missing son, Rodney Schwartzblatt. This claim is ignored by Dragon as he goes to confront the Shrew once more as he goes on another rampage. Dragon arrives armed with two chainsaws that enable him to get an advantage and when his weapons are destroyed, Dragon unloads with his fists. The Shrew is soon laid out in a pool of his own blood as Dragon looks on in horror at the blood all over his hands.

Dragon returns to the precinct where Frank Darling informs him of a disturbance in Chicago’s underground region. Dragon agrees to investigate but declares that he is getting annoyed at being sent on missions such as these which keep him from the real action. The underground is a large region where abandoned buildings were built over to create the current cityscape. Dragon heads down there and gets his gun knocked out of his hand by a huge behemoth.

Barbaric starts a fight with the visiting Dragon and is backed up by his girlfriend Ricochet as they seek to defend themselves from this assailant. Ricochet soon recognizes Dragon as a police officer and struggles to get Barbaric and him to stop fighting. Dragon apologizes for overreacting but the pressure he has been put under recently is weighing him down. Ricochet suggests that Dragon shave off the mustache he had grown since Debbie’s death as it makes him tougher to recognize. She then offers to help out Dragon should he require it, a proposal that Dragon takes seriously.

NOTE: The “Savage Dragon Vol. 2: A Force to be Reckoned With” trade paperback collection adds in a new four-page prologue, recapping the WildStar: Sky Zero miniseries, in which Dragon’s drive to the airport after extraditing a prisoner to Sacramento is interrupted by WildStar & co. Dragon then receives a lot of unwanted attention on the flight home and meets Frank at the Chicago airport. There is also a new one-page epilogue in which Dragon, having shaved off his mustache, has a conversation with William Jonson about his dating life.