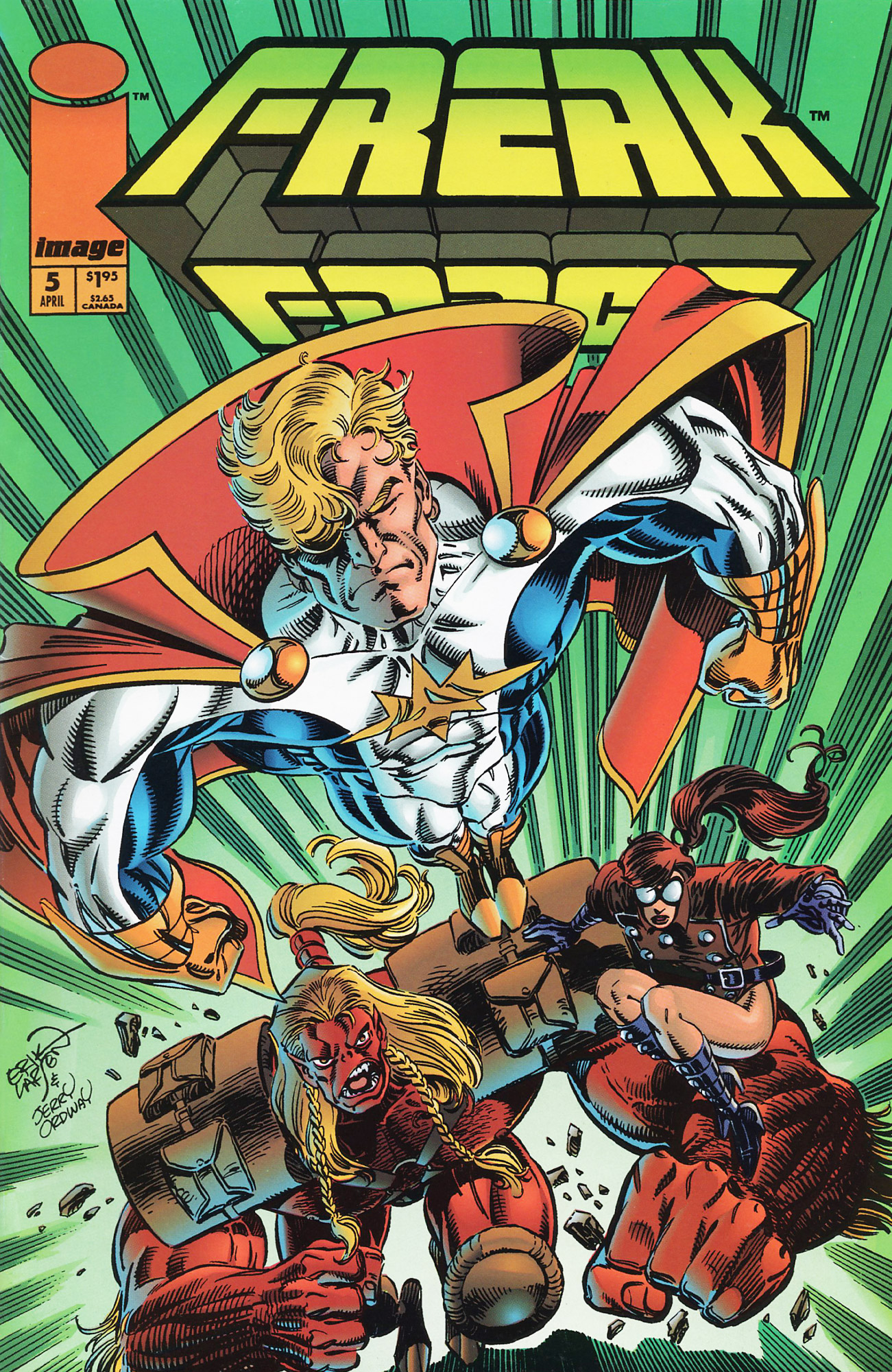 The heroes that had been cloned are summoned to the office of the city’s mayor to answer questions about the incident. Freak Force denies any knowledge of the Evil Clones’ origins but Ricochet suggests that perhaps an old enemy of Mighty Man or SuperPatriot could be responsible. She is suddenly restrained when the floor comes alive and attacks her. Barbaric tears his girlfriend loose before the assault ends just as quickly at it had commenced.

Beneath the building a man called the Inhabiter is pleased by his warning shot against Barbaric and Ricochet. He is warned away for loitering by a passing police officer but is content that he has given a hint to his old friends that their past is coming back to haunt them. The three Freak Force members depart the office but Mighty Man spots a man stealing a car. He retrieves the vehicle and delivers the thief to the Chicago Police Department but accidentally drops the car.

Ann Stevens later goes to the precinct with Phyllis Deeder as it had been her car that was stolen and then destroyed. She curses Mighty Man for his incompetence before running into Dragon who comments that it is nice to see Ann and Phyllis have become friends after they both aided in his recovery when he lost his hand to OverLord. A bulletin read by Sam Haze alerts them to another battle between super-freaks as SuperPatriot is being attacked by a group of villains.

At the Freak Force headquarters, Chelsea Nirvana has quickly proven herself to be a great find as the team’s new secretary. Dart marvels at her organizational skills and notes that she does not even seem to be phased by Barbaric. Rapture and she are then asked by Chelsea if they have anything else for her to do but she is sent home after a successful first day.

SuperPatriot fights against a group calling themselves the Fantastical Force but is able to hold his own despite their superior numbers. Mighty Man swoops down out of the sky and joins the fray and they soon defeat all of the villains present. SuperPatriot admits to being a bit embarrassed that they did not deal with the Fantastical Force quicker than they did and refers to their shared past. Mighty Man again attempts to explain that he is not the man that served on the Liberty League but they are interrupted.

A villain named Absorbing Junior steps forward and explains that the Fantastical Force were cast-offs from Johnny Redbeard that he had hired to create a disturbance to draw out Dragon. He is happy enough with the heroes that responded to their antics and takes hold of Mighty Man, absorbing his incredible strength. SuperPatriot is then relentlessly beaten by Absorbing Junior which causes Mighty Man to react by transforming back to his mortal form…

Meanwhile in deep space, an alien vessel blasts through space and closes in on Earth…