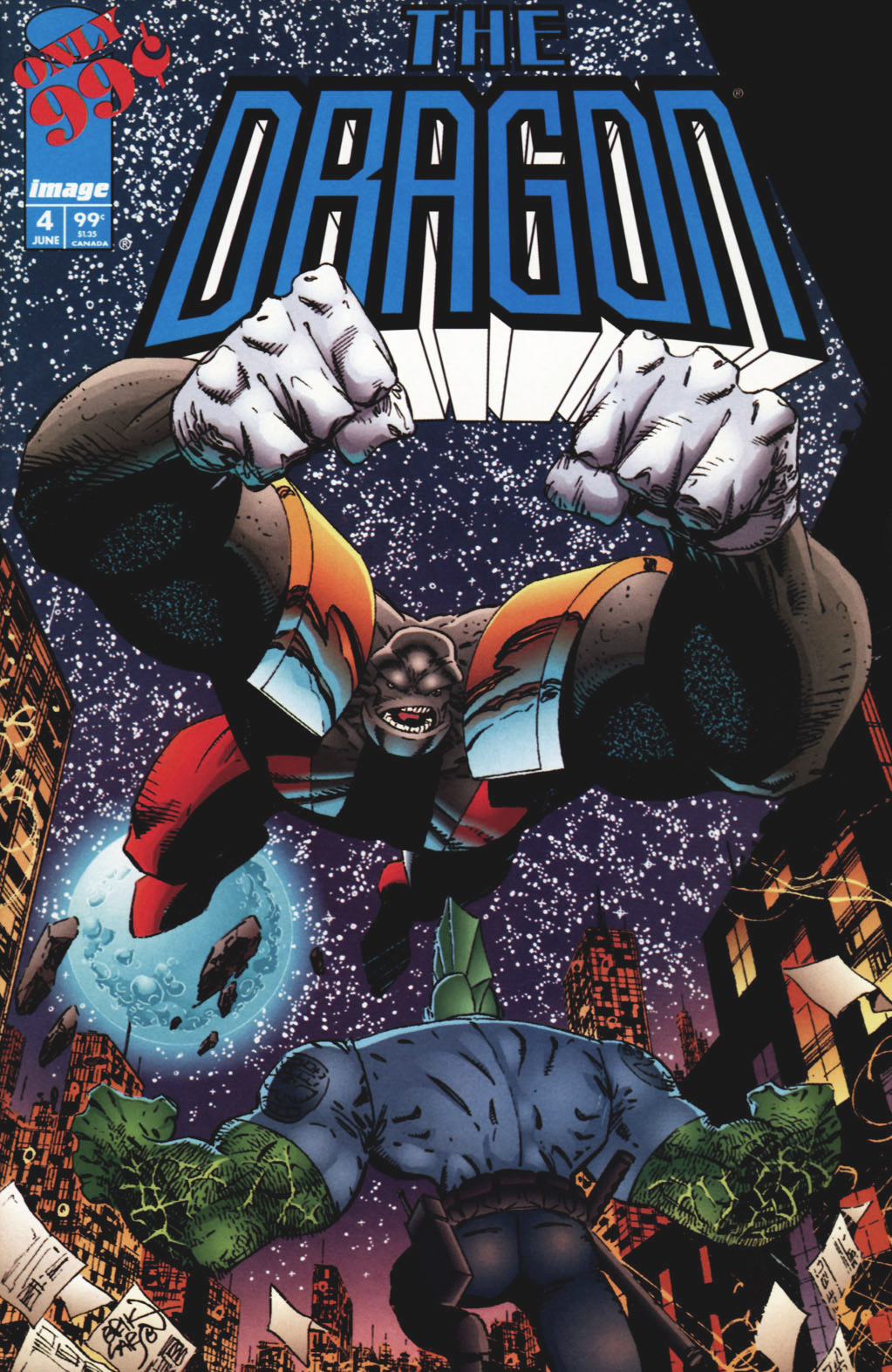 A super-freak known as Inferno bursts into the hospital where Dragon is recovering from the wounds he suffered at the hands of the Vicious Circle and SuperPatriot. Dragon rams his assailant’s head into a wall to knock him out as Frank Darling and Alex Wilde race into the room. They are relieved to discover that Dragon is ok, explaining that he has been in a comatose state for nine days. His body had shut down to heal all of his wounds, revealing that he has an incredible regeneration factor.

Alex Wilde reveals the fate of the three villains that Dragon had fought, declaring that Basher was killed by a shot to the head. HellRazor and Mako survived their wounds but are locked away in critical condition. SuperPatriot had risen to his feet despite appearing to be unconscious and fled the scene. Frank talks about how the Chicago Police Department and vigilantes like Star struggled whilst Dragon was out of commission. He also states that SkullFace had been released from custody due to a lack of evidence linking him to the explosion that killed Fred Darling. Hardware remains incarcerated at least due to actually threatening Dragon’s life.

The leader of the Vicious Circle is OverLord and he is unhappy with the recent events concerning the various superhumans. He had struck a deal with Cyberdata to use their new pawn SuperPatriot to eliminate three of his more ambitious operatives as well as Dragon. This scheme failed and so OverLord severs his business relationship with Cyberdata, through their representative Kimata.

As he prepares to leave the hospital, Dragon is visited by Amanda Mills who is disappointed at not getting the chance to properly thank him for saving her life. Dragon shrugs off the advances from her as Ann Stevens enters the room. Amanda leaves as Ann reveals how scared she was when Dragon was brought in to the hospital. She had been on duty when Mighty Man had been assaulted and even held the hand of his alter ego, Robert Berman, as he passed away.

Dragon finally gets to depart but finds himself greeted by an army of reporters who question everything from his motives to his past to his future plans. Dragon confirms that he will not be going after the leader of the Vicious Circle until there is enough evidence to convict him. He soon grows irritated by some of the questions and departs. A reporter named Cindy Martinez catches up to Dragon and apologises for the comments her colleagues made but her request for an interview is rejected.

Badrock from the government’s Youngblood team suddenly appears and attacks Dragon which leads to an extended fight between the pair that causes a great deal of property damage. When Dragon finally loses his patience with his assailant and steps up a gear, Badrock begs for him to stop. He explains that he merely started the fight to see if he was tough enough to join up with Youngblood. This stupid motive simply causes Dragon to arrest him. During this fight, a television broadcast about Dragon which is seen by an elderly woman named Emily Schwartzblatt who believes that Dragon is her long-missing son, Rodney…