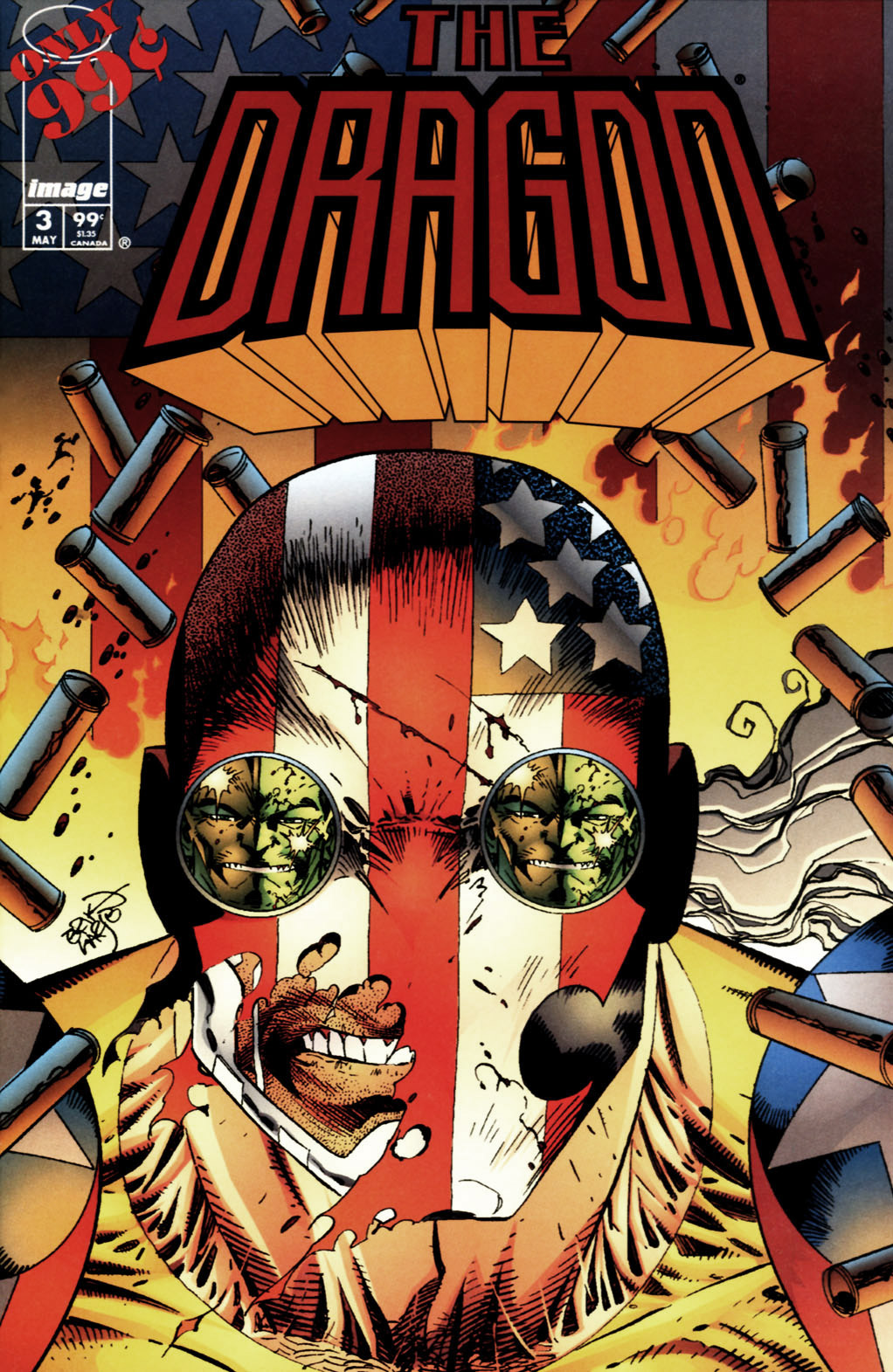 Dragon makes his way through the sewers beneath Chicago where he confronts a bloated super-powered mutant known as Arachnid. There are corpses strung up all over the place with webbing and it is clear that Arachnid has been feeding upon people for years. A fight breaks out when Arachnid resists arrest but the years of inactivity have left the mass murderer slow. Dragon drops an electric cable in the water to render his opponent unconscious. Frank Darling is disgusted with how the killings went on for so long due to the police having no one capable of stopping Arachnid.

SuperPatriot has been rebuilt into a cyborg by Cyberdata, effectively meaning that the hero had made a deal with the devil in order for him to gain revenge. Members of Chicago’s criminal Vicious Circle were responsible for his crippling and disfigurement and he is now rebuilt. SuperPatriot prepares himself to finally claim a measure of justice.

Dragon moves into a new apartment and meets a young woman named Debbie Harris who lives in the same building as him. She explains how she still lives with her mother due to lack of funds for her to move out on her own. Debbie recognises her new neighbour from somewhere and wonders if he is part of Youngblood but Dragon explains that he’s just started serving with the Chicago Police Department. Their conversation is ended abruptly when Dragon receives an emergency call for his assistance.

A mall has been taken over by three members of the Vicious Circle and they have taken a number of hostages, demanding that Dragon deliver himself to them. Rose Fua for WHAM TV reports on the situation as Dragon moves in to confront the villains. They begin hurling their hostages at him to die horribly which just spurns Dragon on further. He takes the fight to the group but HellRazor slices open his chest as Basher and Mako’s strength weakens Dragon.

The fight is interrupted as SuperPatriot bursts onto the scene and opens fire with his new cybernetic enhancements. All three of the villains are gunned down by SuperPatriot who reveals that it was them that had carried out the attack on him. Dragon attempts to save the lives of the criminals which results in him getting beaten down too. As SuperPatriot is about to finish off Dragon, Alex Wilde bursts onto the scene with her gun pulled out. She explains how Dragon is not with the Vicious Circle and is in fact a police officer. This confuses SuperPatriot long enough for Dragon to knock him out before he collapses to the ground, his various injuries and loss of blood finally catching up to him…