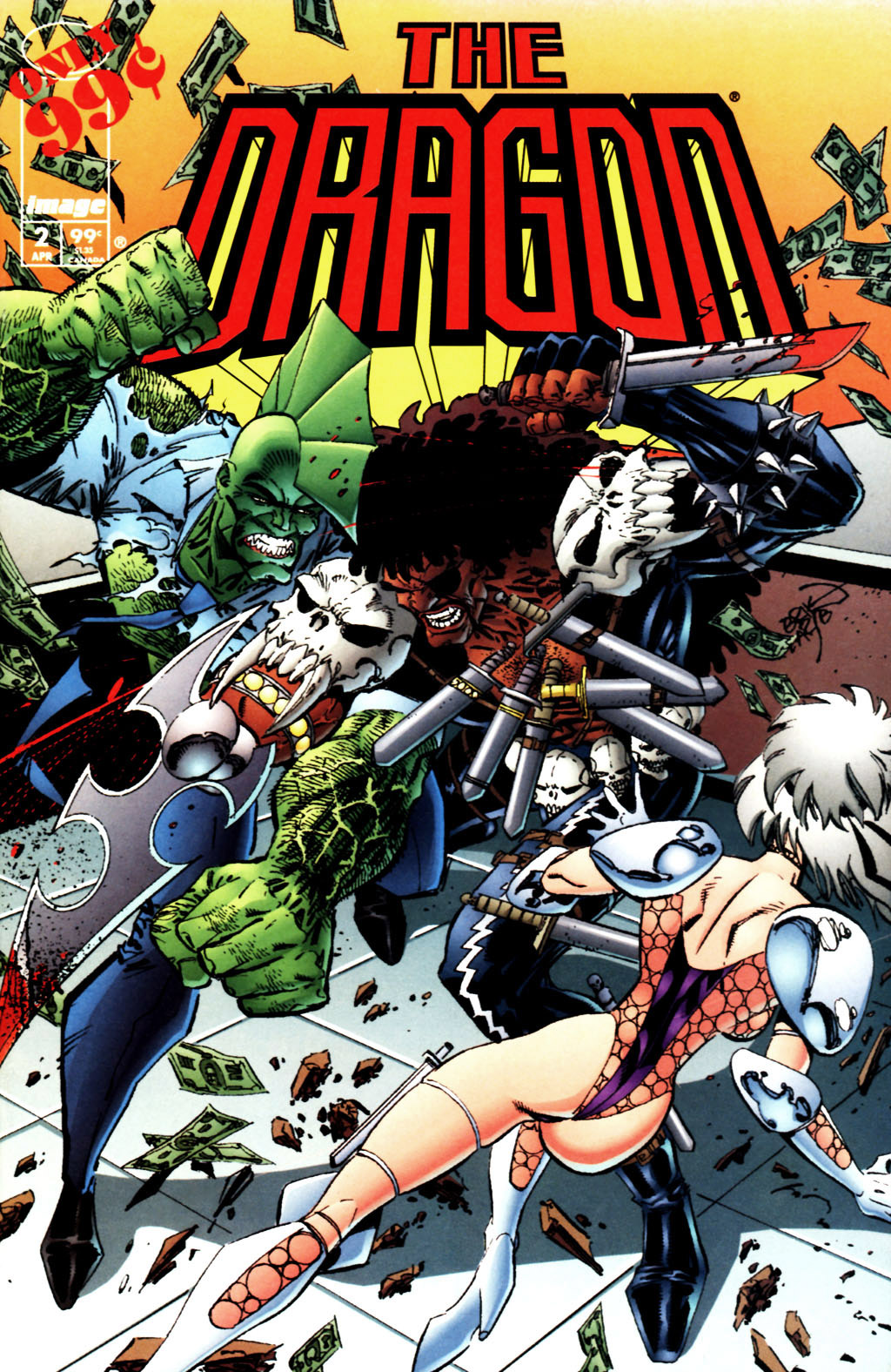 Dragon leaps into action against the pair and quickly strikes GlowBug unconscious. He proceeds to battle Cutthroat one-on-one until Dragon convinces his opponent to surrender through sheer intimidation. As he brings out his prisoners, a crowd of civilians cheer Dragon. A fellow officer welcomes Dragon to the police force and asks if was a tough day but the hero replies that he has had worse.

Dragon continues on his first day on the force by taking down a number of other villains that included DoubleHeader. As Dragon continues to confront other menaces, Cindy Martinez delivers a news report focusing on how he has brought in more super-freaks in a day than the rest of the Chicago Police Department has managed all year. She then speaks with Dragon’s fellow officers as well as ordinary men and women about their opinion of him.

He is then called to another scene where a number of police cars have surrounded a house, with all of the officers present being pinned down by gunfire. A young officer named Alex Wilde calls in back-up as Dragon arrives on the scene and gets briefed on the situation. Twenty three men have taken a model named Amanda Mills hostage and have killed a number of people already. Dragon loads up with weaponry before leaping high into the sky and crashing down through the roof. He quickly guns down all but one of the criminals without killing a single one of them. The final gunman threatens to shoot Amanda but is impaled by four throwing stars, fired off by a vigilante named Star. This costumed hero departs before he can himself be arrested for operating outside of the law.