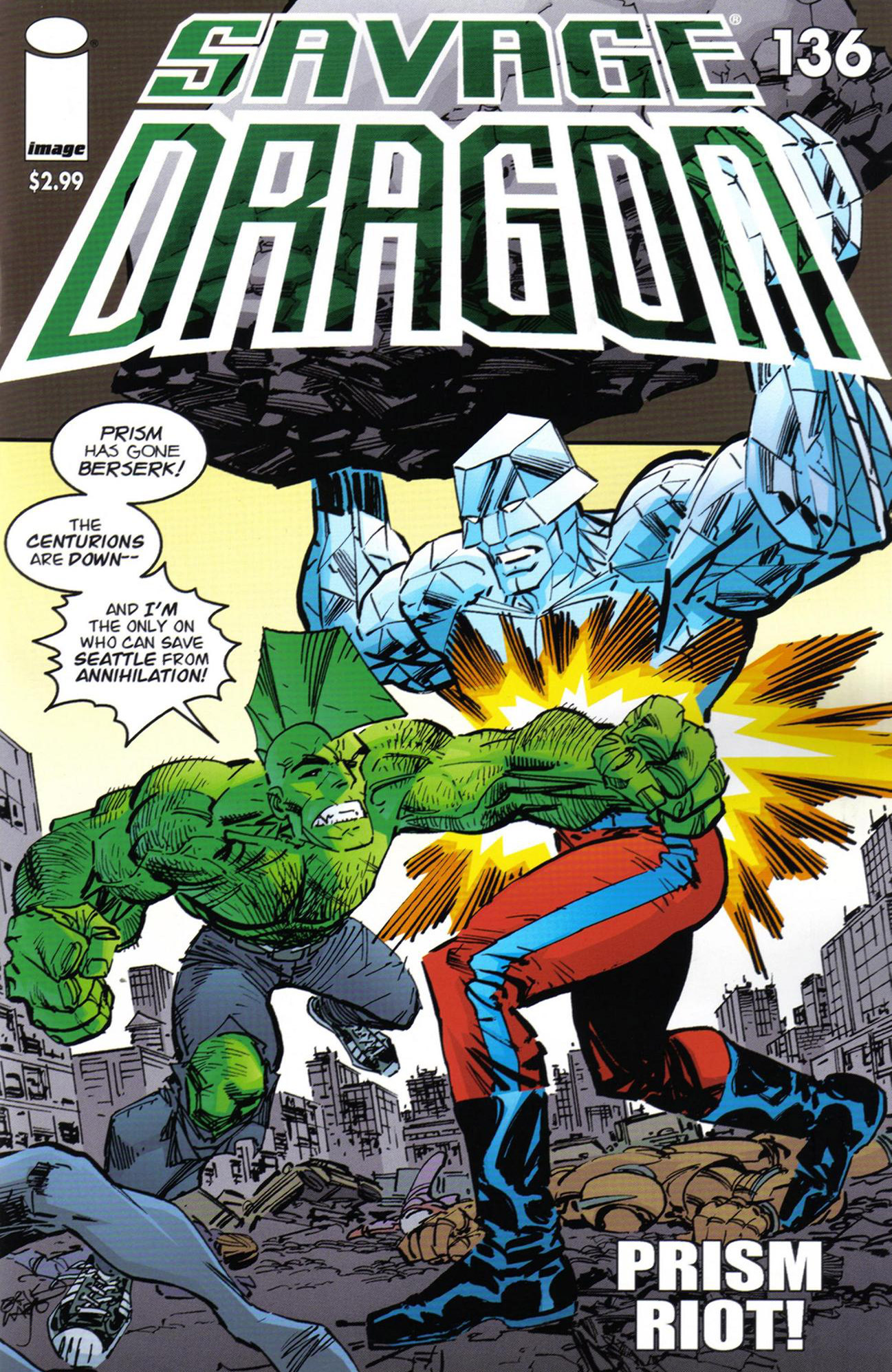 She-Dragon leaps into battle to defend a woman named Belinda Bell from a group of super-freaks that have been dubbed the Uglies Unlimited. She provides enough of a distraction for their intended target to flee the scene. She-Dragon holds her own well enough against vastly superior numbers but she is struck from behind and rendered unconscious by the villains.

The henchmen and monster creations of the Power Broker battle against Dragon and the Centurions in the heart of Seattle. The heroes gradually whittle down the numbers of their opponents but Prism is struck by a stray blast and is knocked out. The Centurions have never known their leader to be struck down before and they are alarmed when he awakens, speaking with a new voice.

Dragon fights against the Power Broker and avoids the touch of his foe, eventually opting to bury the villain’s hands in the wall behind him. He then produces a photograph of Jennifer Dragon and asks if his wife had sought him out so that she could regain her powers. The Power Broker denies ever having seen the woman and is then punched unconscious.

Back in Chicago, Battle Girl enters into the laboratory of Rex Dexter and has to fend off the robotic minions of the scientist. She has come to check on the progress of the reconstruction of the portal to Dimension-X. Rex notes that this endeavour has not been a successful one as he is missing a component called an Empyrean Domination Caduceus. Battle Girl adds it to the list of things for Dragon to retrieve whilst on his quest.

The Centurions are blasted by the optic beams of Prism before turning his attention to Dragon who queries what has happened to his new ally. The sorcerer N’Taka has regained control of the diamond form of Prism and is free at last. The media arrives at the scene and report that Dragon is attacking Prism, increasing the negativity aimed against him. Dragon is thrown into the side of a building as the Power Broker breaks loose of his restraints.

N’Taka is approached by the Power Broker who attempts to forge an alliance with the ancient sorcerer as their combined destructive might could allow them to conquer the world. The response to this proposal is N’Taka firing his optic beam through the head of the Power Broker. Karen Griffith arrives and is shocked by this murder, assuming that Prism is responsible. N’Taka turns his attention to Karen but as he is about to open fire, Dragon recovers and intercepts.

The attempt on Karen’s life is enough for Prism to reassert control of his body and he expunges the essence of N’Taka from his body. Prism and Karen are reunited as the Centurions awaken and rejoin their member. Dragon had met another dead end in his search for the missing Jennifer Dragon and figures that with the Power Broker’s threat removed, he may as well move on.

In the Danger Zone, Fire Lord has uncovered all of the survivors of Red Giant’s assault upon his forces and the Rats, merging them into a revamped Demon Dogs. The villain rallies up his allies and declares that they will seek out and destroy the heroes that had defeated them. Fire Lord believes that their mission could be a suicide operation but vows that if they are to be killed; they will ensure that Chicago is left with blood running through the streets after they butcher their foes… 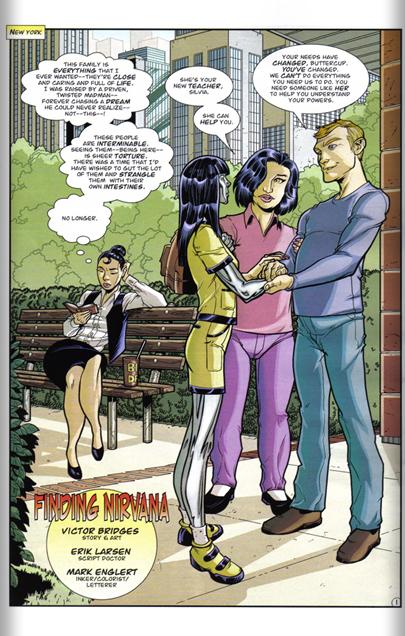 Chelsea Nirvana is approached by the parents of a young super-freak who has recently manifested mutant abilities. Silvia Evans wonders how Chelsea became a superhero and is told the troubled history of the woman. The daughter of Dr. Nirvana had hoped to complete the work of her father and when he died in hospital, Chelsea followed in his footsteps. This resulted in her eventually getting put in prison but she volunteered to take part in a government project in exchange for a lighter sentence.

An injection of the Creator’s blood combined with shots of inventions of her father transformed Chelsea into a powerful super-freak. She became a superhuman on the level of Mighty Man and would be employed by the government to help out in certain situations. When one of the Creator’s minions went rampaging through Chicago, Chelsea was dispatched to deal with him. This assignment seemed easy at first and so she flew into action.

Rushmore was soon defeated by Chelsea but not before their battle had caused more death and destruction than would have happened if Rushmore had been left alone. A crowd had gathered and accused Chelsea of practically murdering those that had died during the fight and started to feel bad. She rededicated herself to helping others instead and Chelsea now looks forward to training Silvia in the use of her abilities so that she can be accepted into society.