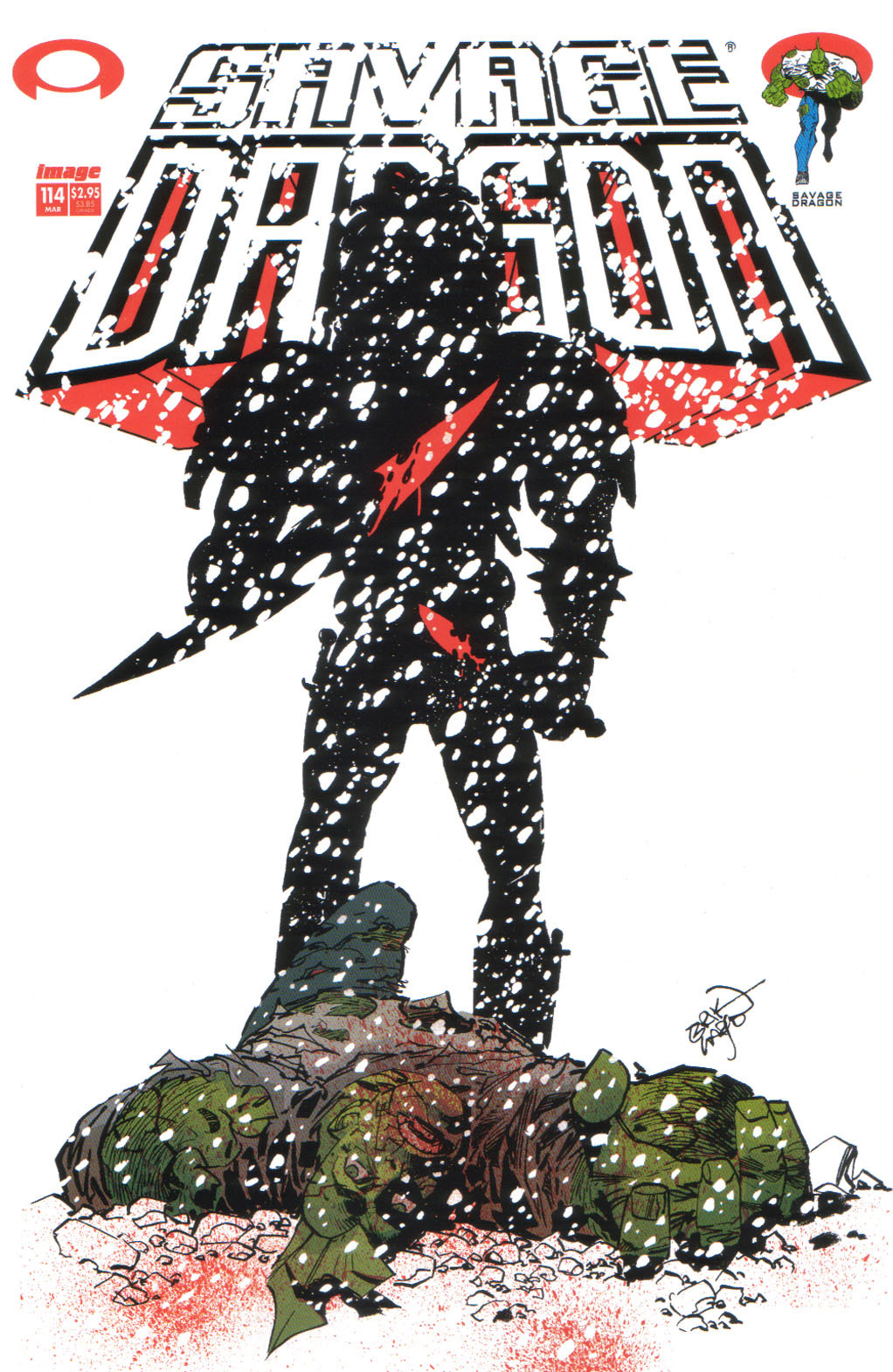 Jennifer Dragon visits her husband in hospital where he is recovering from the injuries inflicted upon by members of the Vicious Circle. She asks Dragon if he loves Alex Wilde as she watched him being passionately kissed her when he had been wounded. Dragon assures his wife that nothing happened between them and Alex had simply been reviving him after she had found him face down in water. Jennifer feels guilty for having accused Alex of trying to steal her husband and is alarmed when she sees that one of Dragon’s arms has partially regenerated. She asks that he not be talked into returning to action by Frank Darling as he could end up slowing down his recovery time.

The Vicious Circle is forming in Chicago once again and super-powered thugs are spreading out throughout the city committing crimes. Nick Justice is one such villain and he visits the Rock House Diner where he pins Rock over a stove. He announces that the criminal organization cannot allow a business to exist that does not pay them protection money just because super-freaks work there. It would set a precedent that other businesses could hire freaks for their own protection. The Shrew springs into action to protect his friend and stabs a claw through Nick Justice’s stomach. He then slashes the intruder in half, alarming Rock who knows that there will be repercussions.

Frank makes a call to Jennifer and suggests that she pull Angel out of school in case the Vicious Circle decided to target Dragon through his family. Before Jennifer can get her daughter home, the Devastator attacks them in the playground. She fends off the behemoth but Angel is taken prisoner by Blue Broad who threatens to kill the child unless Jennifer backs off. With the situation mirroring the incident with Deathseed, Jennifer backs down and allows the villain to leave with Angel.

As news of the attack on the Rock House Diner comes through, Frank goes to speak with Dragon and warns him of the increased danger. Cutthroat bursts through the window to assassinate the hero who leads his assailant outside before leaping to safety. The villain returns home to his rundown house on the outskirts of the Danger Zone where he updates his wife and child on his failure. GlowBug does her best to comfort Cutthroat but her husband is depressed, realizing that he is now past his prime and that the price of failure with the new Vicious Circle is death.

Rat Bastard blasts his way into the dilapidated house and declares his intentions to eliminate his colleague. Cutthroat’s wife and child act as human shields to protect him but Rat Bastard points out that there is nothing that they can do to stop him. Dragon then leaps into the building and knocks out this would-be killer with a punch. He hopes to speak with the family but GlowBug opens fire with a light blast before being taken down. Cutthroat’s blade is shattered and he is forced to surrender.

The Chicago Police Department soon arrive on the scene to take Rat Bastard into custody but Dragon offers to spare Cutthroat any jail time in exchange for information. He convinces Cutthroat that he should accept that he can no longer function as one of the Vicious Circle and the best way to improve his life now is to assist the authorities. He has information about his organization that could help the police and he reluctantly agrees to help.

Frank arrives to brief Dragon on the incident that occurred at Angel’s school before taking his friend over there. Dragon does his best to comfort Jennifer who is upset that she did not act to save Angel because she was too scared of killing again. Dragon has had enough of the Vicious Circle and he announces his intentions to finally eradicate them once and for all… 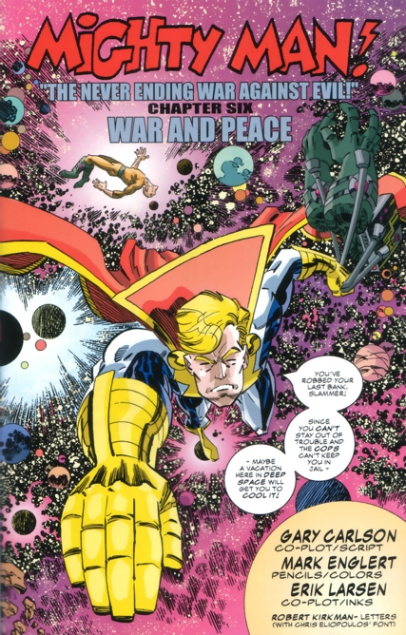 Mighty Man flies into deep space with the Slammer whom he leaves behind to die before returning to Earth with his victim’s power-pack. He then resumes his non-stop campaign of terror against all criminals in Chicago. Ann Stevens has been taking advantage of her newfound free time by spending time with her new fiancée. Larry Bradford and she have never been happier and they cannot wait until they are finally married.

After spending too much time in his powered form, Billy Berman reluctantly returns home so that he can get some food and rest. A group of young thugs had witnessed his transformation back from Mighty Man and rush in to try and kill him. Billy is shot but as it was only a flesh wound he is relatively unharmed and once more becomes Mighty Man. He then proceeds to brutally kill the youths in order to preserve his secret identity.

Mighty Man resumes his mission and delivers more super-freaks to the Chicago Police Department where Frank Darling informs him of issues containing all of the criminals being brought to them. The problem of prison overcrowding seems like an easy problem to solve for Mighty Man and he departs. Dragon pays a visit to Ann Stevens and gives her Robert Berman’s journal that was found in Billy’s apartment, covered in the blood of his victims. News of a disturbance at the nearby county jail then comes through and Dragon races over to investigate. Ann then finally confesses to Larry that she used to be the host of Mighty Man…