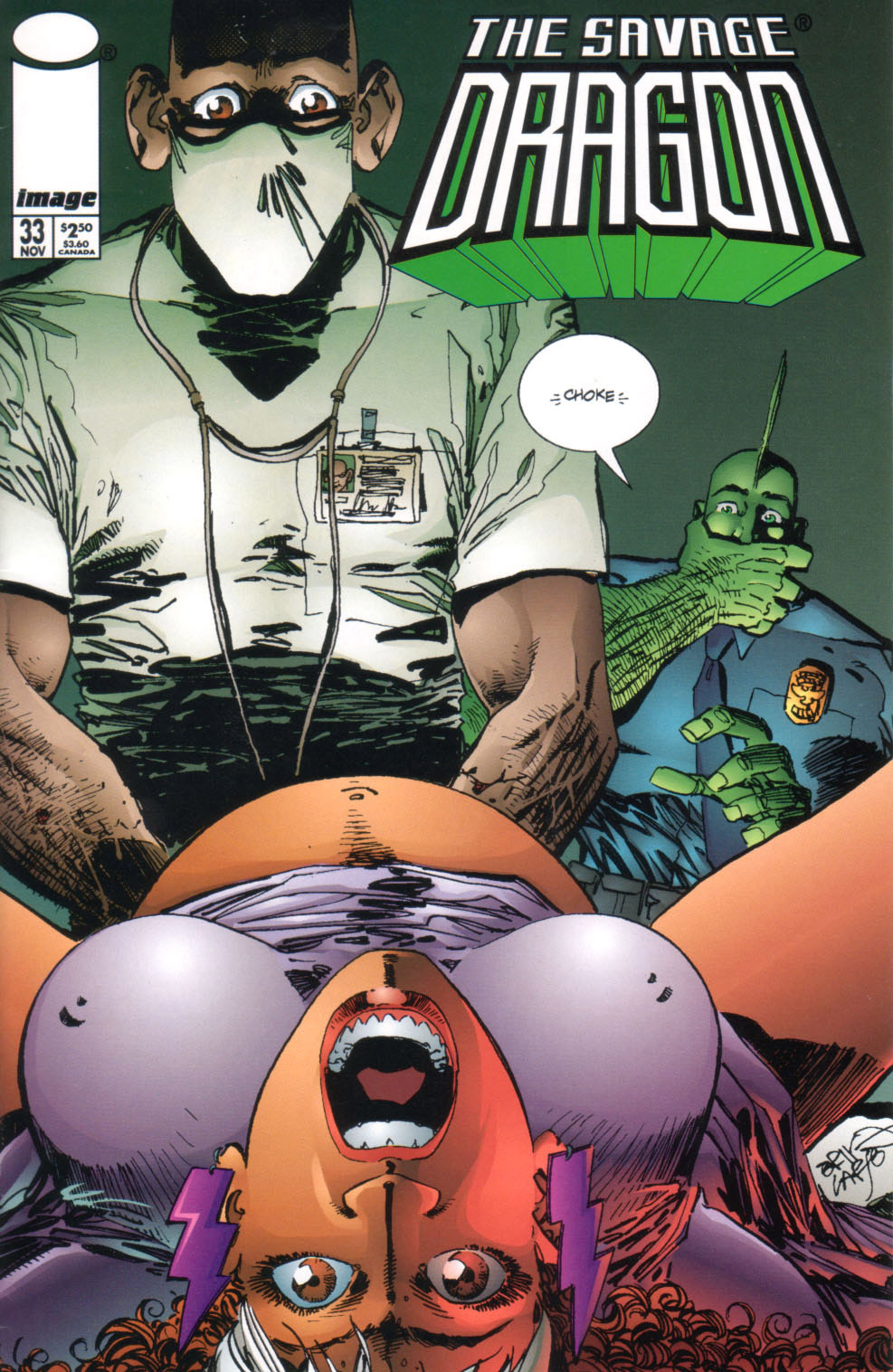 Phil Dirt tries to cope with the fact that he has been transformed into a Dragon-ized version of himself but is relieved that he at least seems to be healthy again. Dragon suggests that they head to Hillman Hospital so that Dr. Plucker can do some tests to make sure that Phil is in the clear. Dragon drives there with Phil’s boyfriend Jules while Phil is taken by Howard. Phil suddenly becomes nauseous before he explodes in a shower of blood that causes Howard to veer off of the road and crash. Dragon and Jules are horrified by the whole scene.

Peter Klaptin continues to recall his past, beginning with how Chris Robinson had broken his leg whilst confronting a possessed Dragon. Peter was so desperate to maintain the illusion that he was Star that he broke his own leg. Some time later, Peter blamed Chris for failing to protect him as Star and fired him but was enraged when Chris would not give up his costumed identity. Star broke off his business relationship with Peter who could do nothing to reclaim the costume without revealing his ruse.

Mighty Man makes a desperate plea to Rapture to allow the doctors to carry out surgery on her so that they can save her life as well as that of her unborn child. Rapture had wanted Dragon to be with her and fears being alone but Mighty Man assures her that she will have company. Dr. Plucker performs the emergency c-section and is shocked that the baby boy is active enough already and attempted to burst out of the wound all by himself.

The badly beaten Kill-Cat is hurled through the same doors that Justice had previously been thrown through. As doctors are quickly called, the comatose Oscar awakens which panics the police officers guarding him. Gary Carter fears for his life and pulls his gun which causes Oscar to defend himself, using his optic beams to kill the officer. Vic Nixon and Bill Ford open fire several times and leave Oscar dead, riddled with a large number of bullets.

Several officers from the Chicago Police Department attend the scene where Phil Dirt died and question Howard over the incident. Howard defends himself and is backed up by Dragon before Frank Darling arrives on the scene. He explains that Rapture is having Dragon’s baby and will take him to the hospital to see that baby that is very clearly his son.

Peter continues his story with telling how he had once been taken into a room at the Chicago Police Department by Rapture. She had flirted with him before destroying a surveillance camera, giving off the impression that she was about to cheat on Dragon with Peter. Rapture had in fact merely been looking for some money to pay her rent and would never do anything to damage her relationship with Dragon. This led into Peter recalling how he slept with Amanda Mills but he is cut off, revealing that Peter is actually chained up in a locked room. He asks if he can now leave but his version of events do not tally up with reality and his captors wish to continue their interrogation.

The Kid Avenger checks up on Kill-Cat who claims that it was a gang of toughs that had delivered him a vicious beating. Dart stops by and her mere presence terrifies Kill-Cat but she simply mocks him before going into the next cubicle where Justice is recuperating. Dart and Justice begin having sex which just goes to torment Kill-Cat further.

Dragon apologises for ever doubting Rapture but explains that his apparently being sterile combined with the videotape of her with Peter Klaptin gave him good cause to suspect something. Dr. Plucker is surprised at just how well their son is doing despite being a few months premature. Dragon decides to propose to Rapture but she does not think that would be a good idea and sends him away.

William Jonson and Rita Medermade are consulted once more by Dragon over his relationship with Rapture. They point out that he made no real effort with his proposal and that he has a lot to make up for as Rapture feels like she was abandoned during her pregnancy. Alex Wilde and Chris Robinson stop by as Dragon departs to possibly handle the greatest battle of his life.

Dragon arrives at Hillman Hospital where Rapture is guarding her baby who has apparently died as she slept next to him. The doctors had intended to perform an autopsy but Rapture refuses them the opportunity. Dragon turns away with his flowers and does not end up proposing, instead walking off upset about the whole affair. Rapture and he had no idea that their child had actually been replaced by a synthetic double by an agent of the Covenant of the Sword. He has been delivered to Master Scourge who plans to have the baby raised to become a loyal member of his organization…