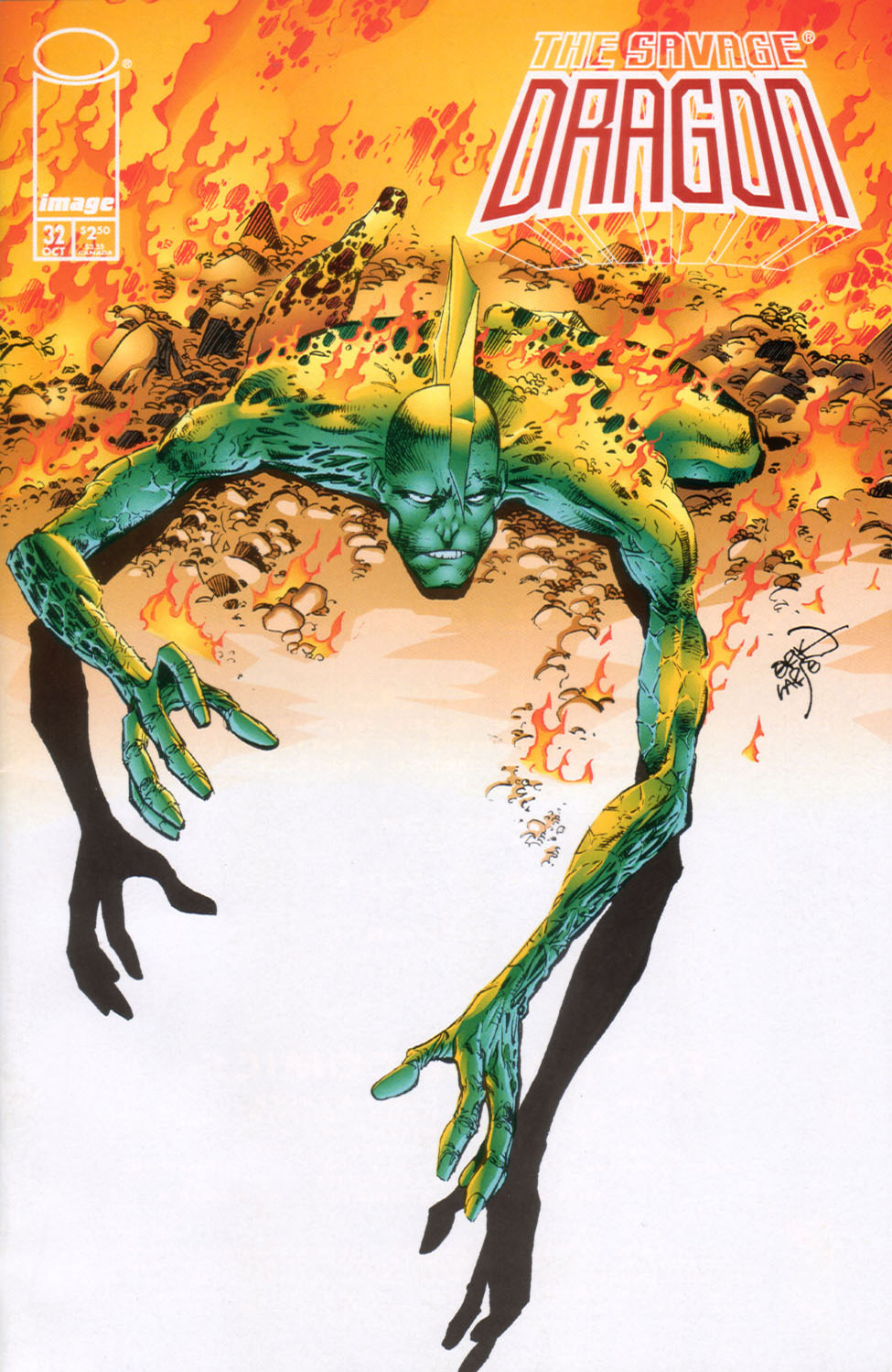 Dragon lies within the burning wreckage of the Fiend’s warehouse hideout and begins to awaken. His arms are in the process of growing back but are currently extremely skinny. Dragon comes across the corpse of Bonnie Harris and tells her how sorry he is over how events played out with her. He then finds her sorcerer ally burning to death in the blaze. The dying man explains how he could not hope to stop the Fiend’s plans and so to combat her deal with the Devil he made his own deal with God. The sorcerer passes away as Dragon emerges from the fire and is discovered by Frank Darling.

Chris Robinson is confronted by Vic Nixon and Bill Ford over him agreeing to testify against Howard Niseman in his excessive force case. He is defended by Alex Wilde as him standing up to people like Howard who judge people by their appearance are inspiring. She then thanks Chris for saving her life when the Chicago Police Department confronted the Underground Freaks. They start talking and Alex ends up asking Chris out for a drink.

Peter Klaptin is recalling events from his past, reciting them while changing events to make him sound more impressive. He had always dreamed of being both a superhero and a musician and after succeeding at becoming a famous singer, Peter chose to pursue his other goal. Peter took to the streets as the vigilante Star and on his very first mission he confronted Basher as he carried out a theft. Basher took out Star with a single blow. At a later time, Peter was mugged but the thugs were fought off by Chris Robinson who was promptly hired as both Peter’s bodyguard and to fight crime as Star.

After having been brought home, Dragon explains to Frank how Bonnie Harris made a deal with the Devil to sent his soul to Hell but he was saved by God. The whole affair remains dismissed as a strange dream. Frank leaves his best friend to get some rest and Dragon replies that he will go into the precinct the next day to file a full report on the whole ordeal.

Peter continues his story about how Star assisted Dragon in rescuing model Amanda Mills from a group of armed men. After a later battle against Inferno left Star burnt when his wig was set alight, Chris refuses to wear the hairpiece as part of his costume any more. Peter points out that he has gone to a lot of effort to make himself scarce whenever Star is active to make people believe him to be the hero. If Star no longer has long hair then he cannot have long hair and so Peter sets his own hair on fire!

A date between Dart and Justice comes to an abrupt end when Dart is called away by the rest of Freak Force to deal with claiming bounties. Justice is then attacked by Kill-Cat who had been stalking the couple. Kill-Cat demands that Justice leave “his girl” alone and Justice reveals that Dart had warned him to be careful of Kill-Cat over his delusions about him being in a relationship with Dart. Justice is badly beaten before getting thrown through a glass door at Hillman Hospital.

As Justice is led away by medical staff, Howard Niseman attempts to steal a unit of Dragon’s blood but security is too tight. He instead stops by the apartment of Dragon where he requests his help in saving the life of Phil Dirt by giving a blood transfusion to him. The two are soon at Phil’s bedside where Dragon donates blood to his friend.

Freak Force take down a super-freak named Heavy Flo and Barbaric comments how Dragon going missing has resulted in them earning more money. Mighty Man flies down to join her teammates and speaks to Rapture about her and Dragon. She denies them having an affair and instead explains how she had aided Dragon in testing his sterility. It seems that that condition has reversed itself following the Fiend having torn off his genitals. Rapture is suddenly gripped by intense pain as her unborn baby begins to kick inside her womb, causing her to be rushed to Hillman Hospital.

Frank attempts to call Dragon to inform him of Rapture’s condition but cannot get an answer. Dart is taken away from the rest of Freak Force by a nurse so that she can see Justice. Her lover reveals that Kill-Cat had assaulted him, leading to a confrontation between Dart and Kill-Cat. Dart avenges the beating her boyfriend took and savagely attacks Kill-Cat.

Dr. Plucker is worried about Rapture’s condition and is joined by Mighty Man in trying to convince her to agree to an emergency c-section. She does not want to act until Dragon has joined her but also is worried that her baby could die as it is still only five months along. Rapture is led away by the medical staff for surgery despite her protests.

The blood from Dragon miraculously heals Phil Dirt, restoring even the chunk of his leg that had been bitten off by Mako. He seems to be in perfect health with no indication that he even had A.I.D.S. but Dragon warns that there may be long term complications. Phil is suddenly filled with intense pain before going through a strange transformation. His skin turns green and his head becomes bald, complete with a fin much like Dragon’s…