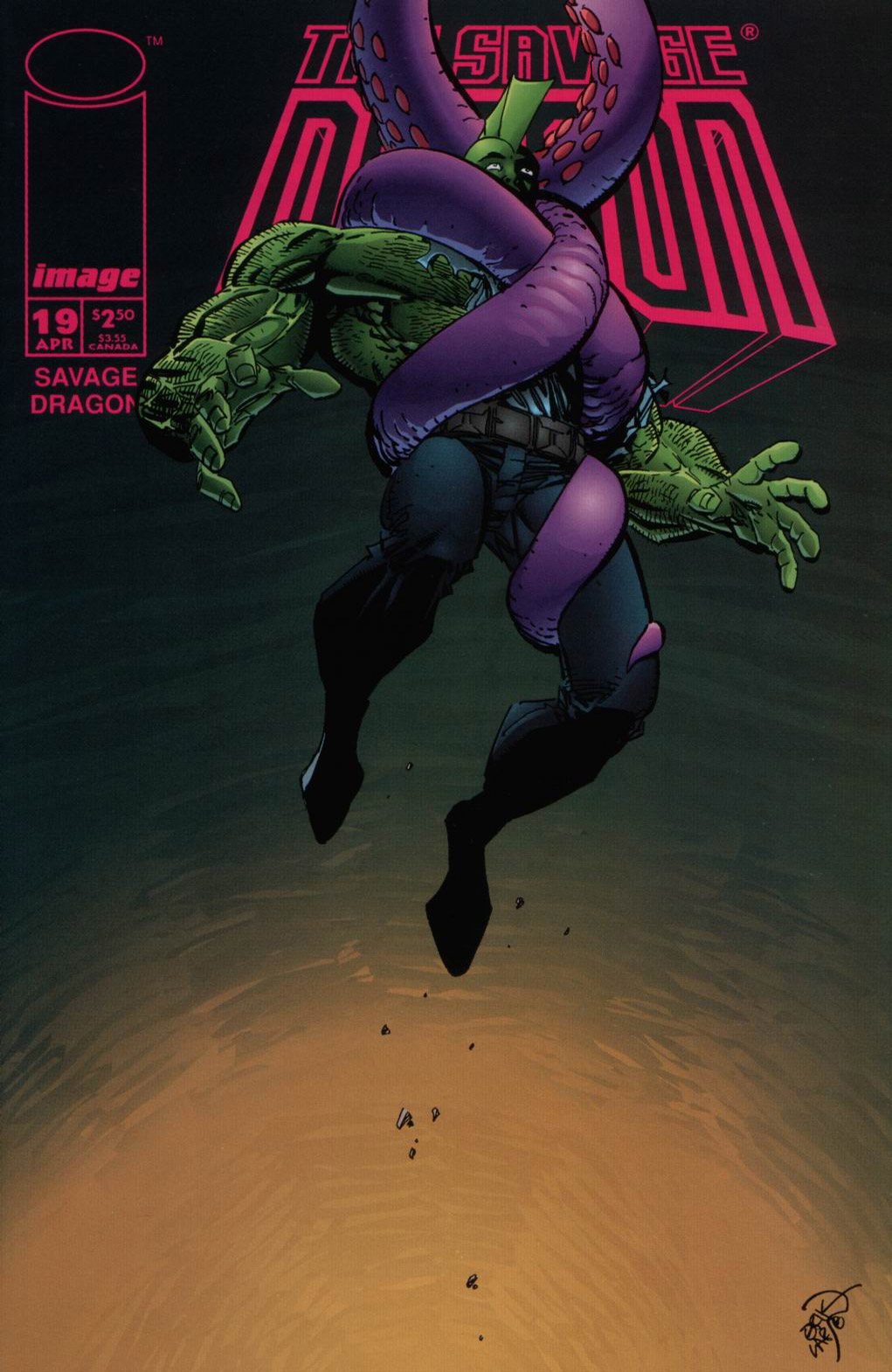 The Fiend continues to torment her hated foe and mocks Dragon over her daughter now wanting him dead too. Dragon struggles for freedom and tries to explain to Debbie Harris how her murder was not his fault but she again demands that her mother kill him. Dragon refuses to stand back and let him self be executed and so he breaks loose of the Fiend’s grip and takes the fight to her. He tries to convince the Fiend that ultimately he was not responsible for Debbie’s death but this just falls on deaf ears.

Dragon is impaled through the chest by the Fiend and as he bleeds out he pleads with Debbie to explain why she wishes him dead despite him doing nothing but love her. Debbie explains that if he is dead then they will be reunited in Heaven for all of eternity. Dragon declares to the Fiend that he cannot lose whether he lives or dies.

With this revelation, the Fiend is taken aback. She dumps Dragon to the ground before proceeding to pummel him into a bloody and broken mess. Debbie and the rest of the reanimated corpses present are then returned to their natural state. The Fiend vows to find a way to ensure that Dragon rots in Hell forever and then she will be back to claim her revenge.

Alex Wilde is still recovering in Hillman Hospital where she thanks Dale Fisher for being such a tremendous help over the past few months. He has truly been a perfect boyfriend except for telling Dragon that she had no desire to speak with him after he was unwittingly the cause of her injuries. Alex notices a commotion going on in the hospital and a passing William Jonson explains that Dragon has been discovered in a badly beaten state and that it does not look good.

Dr. Plucker works on the badly injured hero and calls for reinforcement surgeons as Dragon’s own regeneration factor is working against him. As other doctors race to the emergency room there is a very real concern that Dragon will heal in a disfigured state and be crippled forever. Thankfully, this outcome is avoided and Dragon is soon laid up in bed on the road to recovery. He is visited by Rapture who proceeds to inform him on recent events involving Freak Force. Dart has quit the team and Mighty Man and Ricochet remain in critical condition after the clash with Bludgeon. Rapture seeks some comfort sex but Dragon reveals that the Fiend tore off his genitals and he hopes that his healing abilities extend to every part of his body.

Howard Niseman and Phil Dirt follow up on a lead regarding Octopus, pursuing the fugitive into Chicago’s sewers. Howard rants about how the Chicago Police Department relies too heavily on Dragon and that the regular cops should start to step up. He is suddenly abducted by Octopus leading to a desperate Phil calling in help from the rest of the force.

Dragon is visited in his room by a wheelchair bound Alex and the good friends are finally reunited, reconciling any potential differences between them. Dragon hears the police emergency broadcast regarding Octopus and decides that he has healed long enough. He flexes his muscles to shatter his plaster and returns to work.

A number of police officers conduct a search through the sewer system and it is not long before they come across Octopus and his hostage, Howard. Dragon shoots the villain’s gun out of his hand which prompts Octopus to unleash his giant tentacles. He attacks the police but Dragon grips onto the tentacles and smashes him against a wall, cracking his head open. Howard mentions that Octopus had been going on about a secret weapon locked up behind a nearby door. Dragon tears the barrier off and reveals CyberFace standing there. This means that he can be made to give evidence against OverLord so that Dragon can finally go after him again.

News of this discovery soon reaches OverLord and one of his minions asks about alerting the Vicious Circle. He is informed that plans are already in motion and OverLord is less than concerned about a visit by the Chicago Police Department. The Vicious Circle’s leader notes that the law means nothing if they do not have the force to enforce it and he will now drench the whole city in a bloodbath…