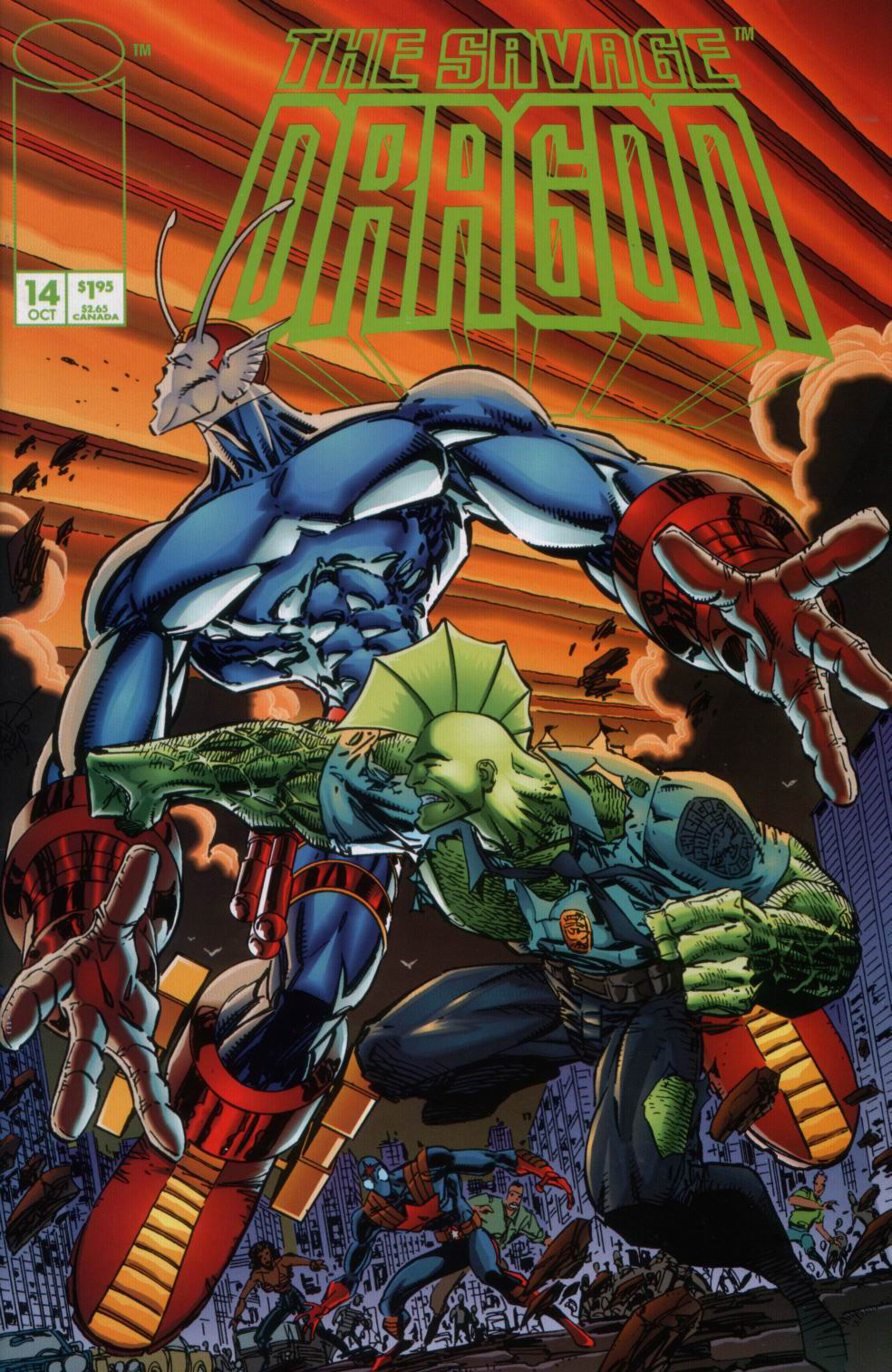 Lurch attempts to apprehend OverLord yet again in the form of Frank Darling but this time when he attacks there are other villains present too. He manages to avoid the energy blast from OverLord but the telepathic UnderMind makes contact with him. The Morphling is mindless and so is able to largely shrug off this assault which succeeds only in setting Lurch off on a rampage. OverLord changes his mind about incinerating UnderMind for failure before dispatching SkullFace on a mission.

Dragon finally sleeps with Rapture before getting up in the morning for work. As he races off to answer yet another emergency, Dragon is unaware that he is being watched from the shadows by the new Fiend. Rapture and he arrive to find what appears to be Vanguard in battle against Star but it soon becomes clear that Vanguard is actually Lurch. The shape-shifting robot takes on the form of Dragon which causes Rapture to accidentally electrocute her boyfriend instead of Lurch.

Star fires in several throwing stars at Lurch so that he can be identified, allowing Rapture to finally hit her intended target. Dragon re-enters the fray and takes down Lurch as Vanguard teleports onto the scene with Wally in tow. They reveal that this Morphling is actually Lurch which worries Dragon as he knows that should OverLord discover this ruse then Frank Darling could be in serious danger. Lurch is taken away by Vanguard and Star decides to head off. All of this commotion was witnessed from afar by She-Dragon who keeps herself hidden from Dragon.

At the scene of a blaze a fire fighter bursts out through a wall with a man that has stopped breathing and begins to administer CPR with the assistance of Alex Wilde. She introduces herself to the fire officer who in turn introduces himself as Dale Fisher. The two hit it off immediately and agree to head off to grab a cup of coffee together.

Rapture makes a telephone call to Dragon to inform him that she is going with Freak Force on a classified mission for the government and is unsure when she will return. William Jonson gains Dragon’s attention to show him that Emily Schwartzblatt is still on the talk show circuit claiming that he is her son. Emily’s real son Rodney is sat in his apartment with his friends and sees his mother on the television and realises that he has not spoken to her in a while and should probably give her a call.

Dragon gets in contact with Frank Darling to inform him that Lurch has been discovered and that it is time that they should finally confront the Vicious Circle. The phone line goes dead on Frank’s end as he discovers that SkullFace has tracked him down… Dragon accompanies Julian Graham to follow up another lead about the fugitive Octopus and they arrive at a warehouse. As the officers investigate the building one of the mind-controlling leeches drops down and adheres to Dragon’s neck. Julian asks him if he is ok but Dragon has already become possessed…