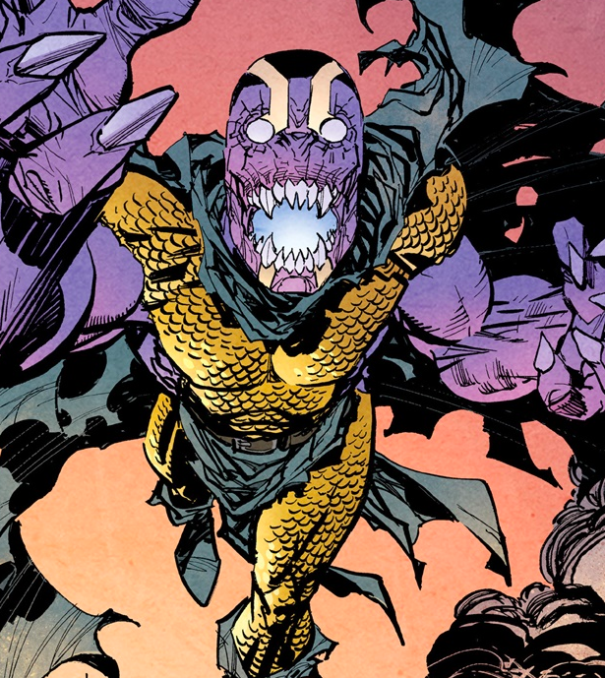 Crawfish Kettlecorn was a businessman who was fired from the company he created.  He creates a suit and seeks revenge on those who wronged him and destroys much of his former business.  He encounters Malcolm and Angel and beats them in a fight and later sets upon taking over the Toronto underworld.

He later fights Malcolm Dragon again, and dies when Malcolm puts his hand through his chest.