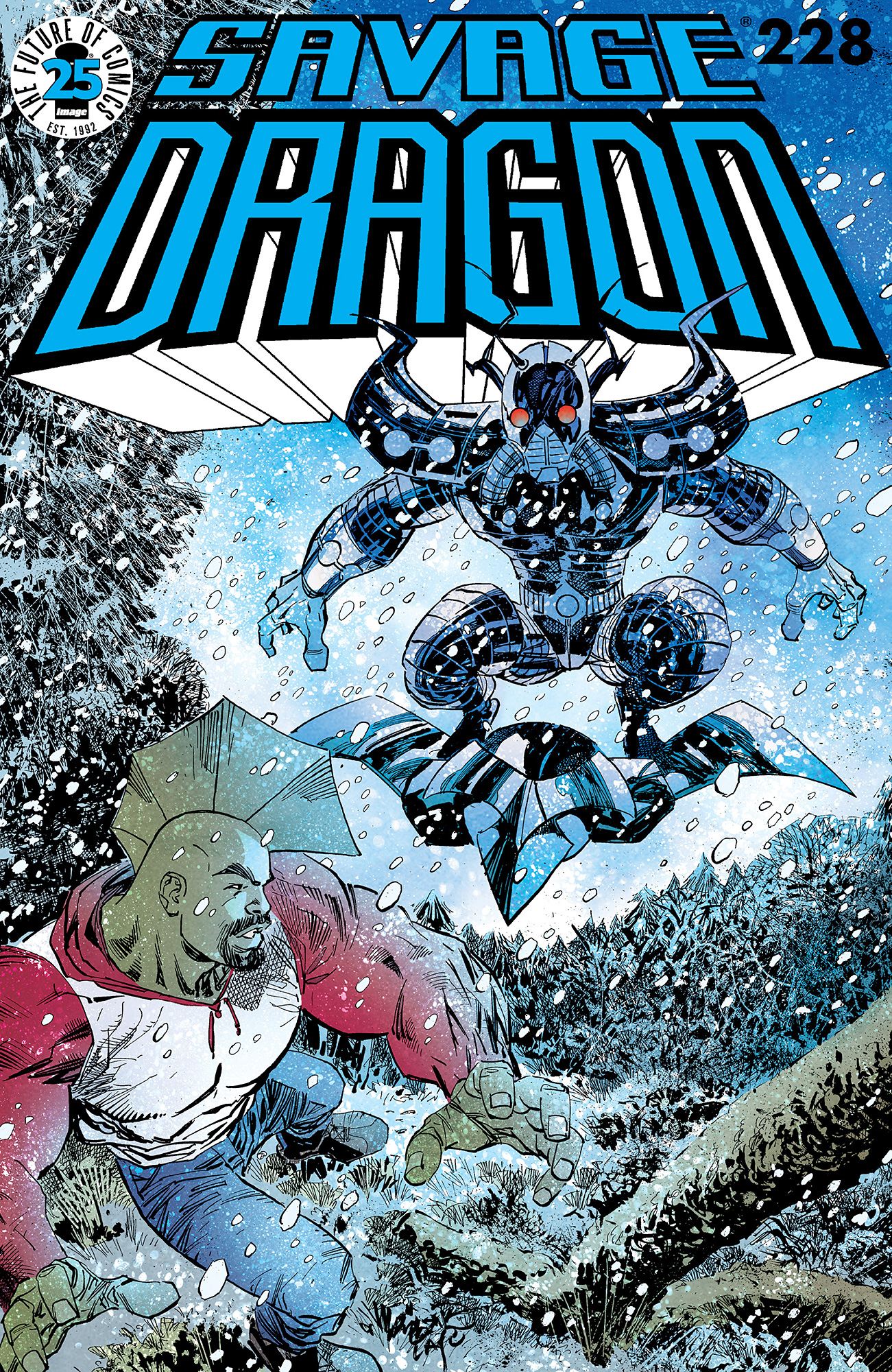 Maxine takes her family to the Hockey Hall of Fame in the hope of better acclimating them to their new lives in Canada. Malcolm is not sold on the trip as he has never watched hockey but he is outvoted when the kids are sold on the idea of “ice fights” for the sport. The Dragon family’s new life continues as Maxine goes out for lunch with her friend Janice as the kids cause their usual mayhem by fighting one another.

After the events of the multiverse’s collapse, Thunder-Head had found it hard to maintain a life at home in Chicago and has instead decid

ed to remain in Toronto. He goes for a drink in a bar with Malcolm who asks about whether Angel and he are going to act on what appears to be a mutual attraction. It is assumed that Angel was never really interested and no one has even heard from her at all now for months now.

Meanwhile in Dimension-X, the exiled group explore Glum World and are trying to cope with their current situation. They soon come across a murdered alternate Jennifer Murphy that has been slowly rotting away on this seemingly dead planet. Back on Earth, a figure is found in a block of ice in Canada and is thawed out by a group of men. The now released individual murders his saviors before departing the remote cabin.

Malcolm has a vasectomy to prevent any further babies from being conceived as his three children are more than enough for Maxine and him. To celebrate this procedure being carried out, the already healed Malcolm has particularly messy sex with Maxine. This is interrupted when Malcolm receives a telephone call asking for his help dealing with a super-powered menace and he is forced to depart before he can even take a shower.

A friendly man named Earl Fripp drives Malcolm toward the emergency situation after picking him up from a remote airport. He is updated on what has happened but they are interrupted when the long-absent Seeker bursts into action on a rebuilt glider. The silent bounty hunter engages Malcolm in combat but his motives remain a mystery. Malcolm points out that his father is already dead, as is the Seeker’s original employer, CyberFace.

The brutal fight tears up the surrounding woodland and Earl is struck by a stray blast and is left bleeding on the ground. Malcolm presses the fight but loses his right hand in the process before things grow more desperate. Malcolm ends up punching the Seeker through his torso but takes a direct blast to his face in the process, losing his left eye and a big chunk of his head. Earl calls for assistance as both Malcolm and he continue to bleed out.

Malcolm is soon collected from hospital by Maxine after healing up enough to return home. The couple are happy that their kids sho

uld be asleep by now, getting taken care of by Maxine’s mother who has arrived in Toronto to be near her remaining family. Malcolm and Maxine enter their apartment and are shocked to walk in on Thunder-Head having sex with Mei Ling. The couple are asked to give them a moment and end up sitting outside their own apartment. Maxine had assumed her mother would always remain faithful to her late father but this is dismissed as Malcolm points out that his half-brother is a “chick magnet”.

2 Pages
NOTE: This story was originally published in GRAPHIC FANTASY #3