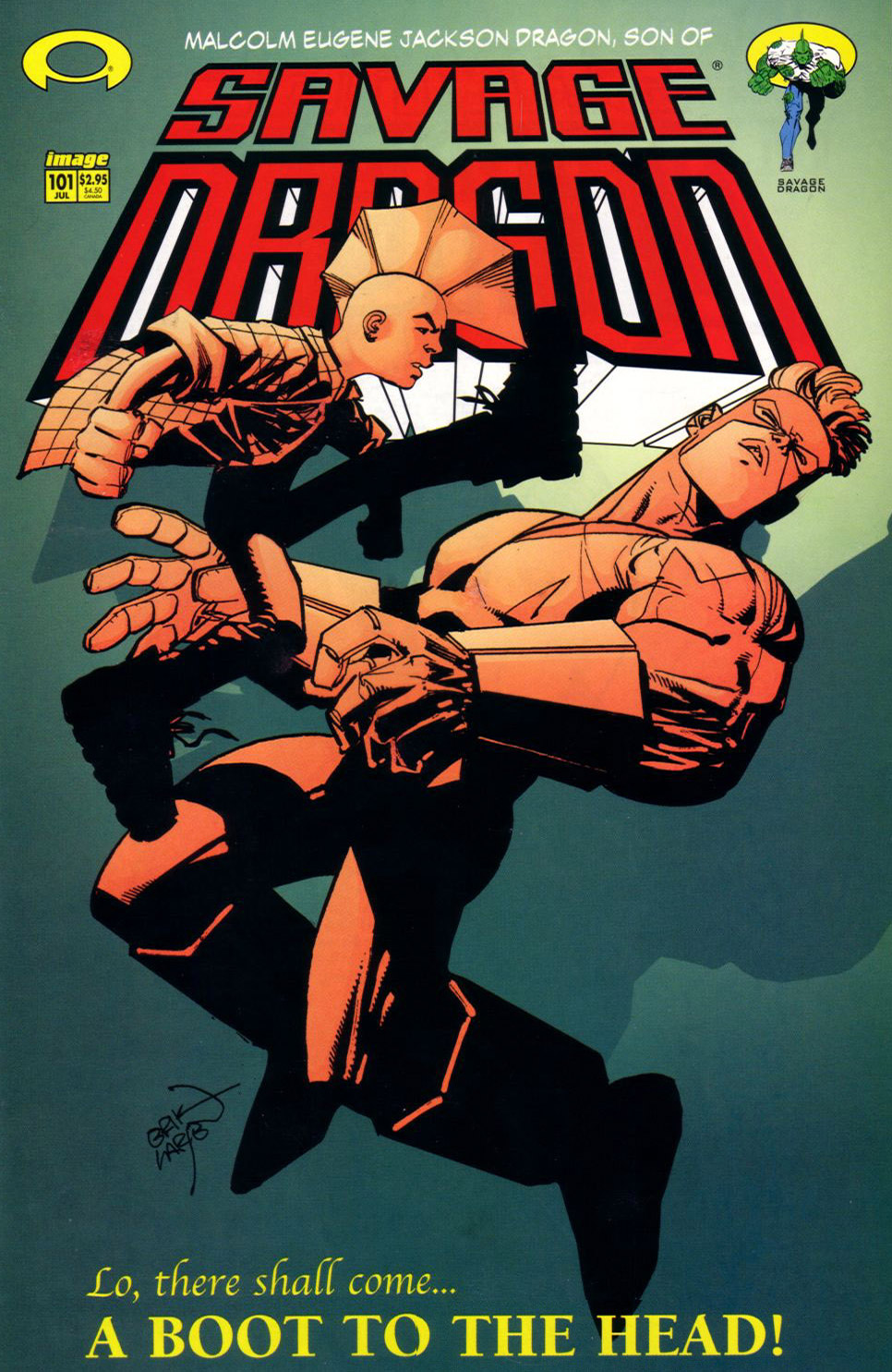 Malcolm Dragon accuses the woman who has been raising him of being an imposter, informing the Rapture duplicate that his father told him the truth. His surrogate mother tries to deny this claim but the youngster refuses to listen to any more of her lies. He smashes out of a window and flees into the city, causing his mother to panic. Rapture quickly raises the alarm and Stephenson curses his decision to allow Dragon to speak with his son unsupervised.

The fugitive Malcolm remains in the shadows but as the S.O.S. conduct their search, Max Damage comes across the child. He tries to get Malcolm to come along with him back to Complex One but instead receives a devastating punch to his genitals. Max Damage is left in excruciating pain as his attacker returns to running away. PowerHouse comments that a child that looks like Malcolm cannot remain hidden for long and it is only a matter of time before he surfaces and is then recovered.

Stephenson is summoned to an office where he is chewed out over his mistake in letting Dragon speaking with Malcolm. The world is imperilled and Stephenson acted unwisely and has now become an impediment. He is incinerated by his superior who is revealed to be Damien DarkLord just as Malcolm returns to the building. This murder is witnessed by Malcolm who crashes through a window and attacks Damien.

Something that Dragon had said about wanting to kill DarkLord so that Rapture would live again has stuck in Malcolm’s young mind. He reasons that if he kills Damien then his real mother would magically return to life. Malcolm delivers a brutal beating to his fellow super-powered youth as Rapture and Max Damage enter the room. They survey the damage as Malcolm stands over his bloodied victim and the child asks if this Rapture is his resurrected mother… 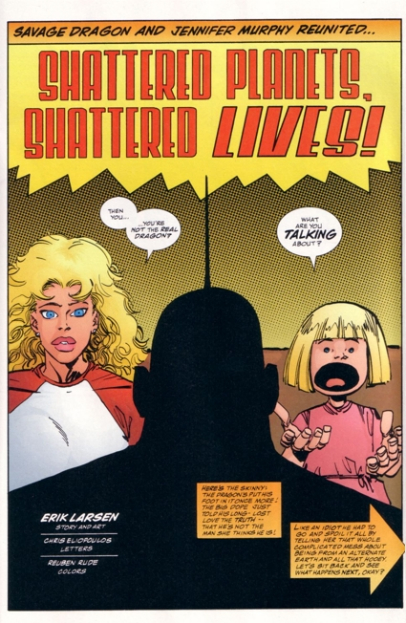 Dragon sits in a diner with Jennifer and Angel Murphy where he confesses to hailing from another reality. Jennifer is distressed by the news that the Dragon that she used to date is dead but is also confused by the stories involving DarkLord and the Covenant of the Sword. Dragon’s words are exactly the same as those that would have been said by his counterpart. Jennifer considers that perhaps her former boyfriend has simply grown away from their relationship and made up the story to break-up.

This suspicion is rejected immediately by Dragon who explains that he simply did not wish to lie about his background as he is not convinced that he could play along whilst posing as his doppelganger. Dragon talks about Malcolm and how he is being raised by a version of his mother and has asked Rex Dexter to build a portal home so that he can regularly visit his son. Dragon suggests that they move their conversation to his new house and gives them a lift there in the flying car he got from the Void.

Dragon explains that he paid for the house with an advance that he was paid for him to write a book and that the basement is undergoing a reconstruction. The Liberty League are setting up their headquarters in the sub-basement but Dragon is alarmed that they are building a huge gun instead of Rex working on the inter-dimensional teleportation device. Angel plays around with a Martian shrinking gun before it is taken from her.

The fact that part of his house has become dangerous to his family annoys Dragon but Rex simply replies that he will child-proof the underground facility. He then notes Vanguard has contacted them to warn that an entity called the Devourer of Worlds is coming to Earth which could mean the end of the entire planet. Dragon agrees that this must take priority over restoring Rakkum’s teleporting equipment and instead takes Jennifer and Angel to a hotel. Jennifer suggests that for one night that Dragon and she should pretend that hail from the same reality and ignore everything else. Angel is put to bed before Dragon and Jennifer settle down together in bed for a long-awaited reunion.