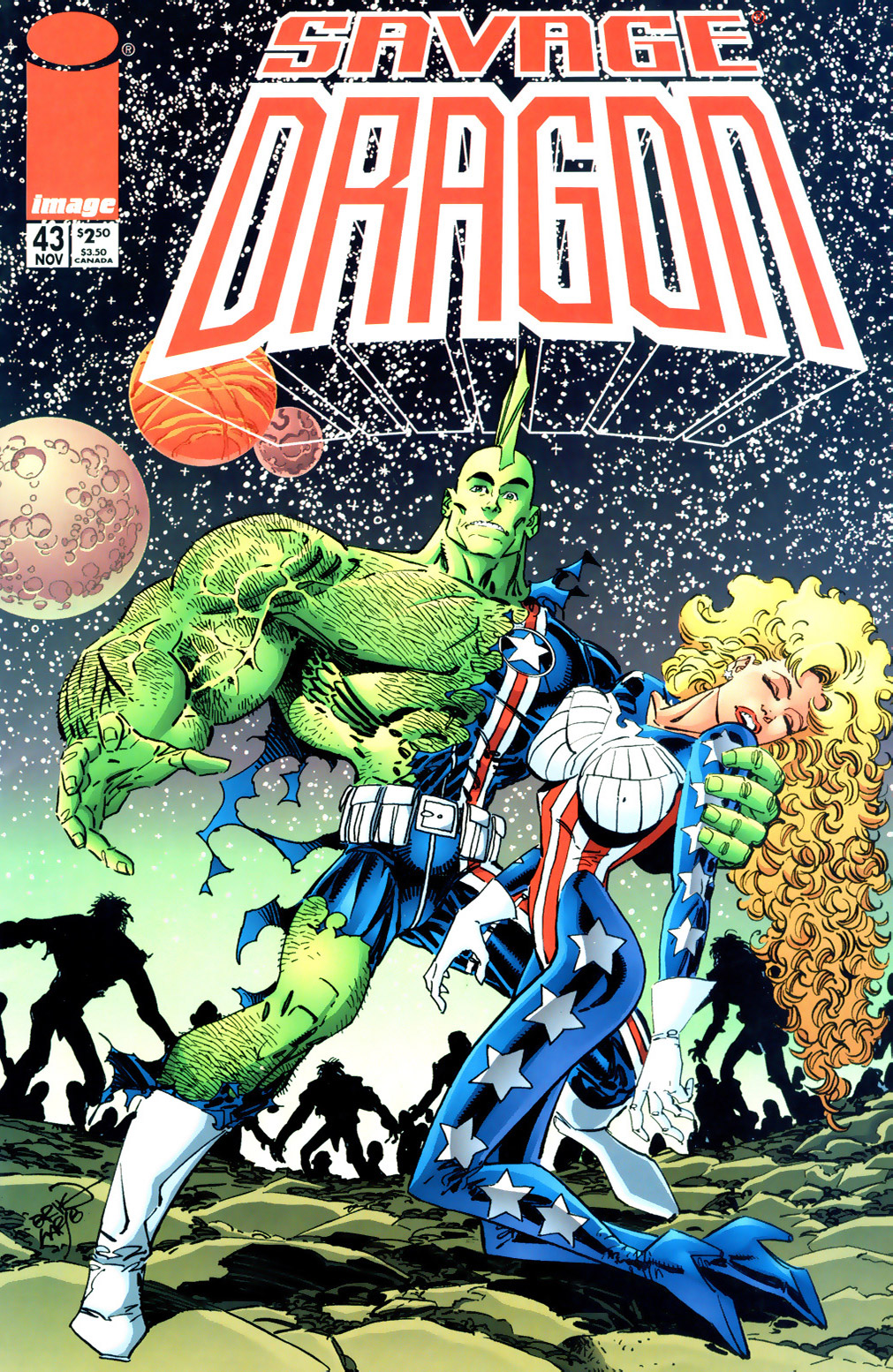 Smasher cannot comprehend how Darkworld is actually Earth and so Dragon explains that their scientists have a theory that the universe is but part of a multi-verse. They have simply moved to an alternate world. Dragon then recalls that DarkLord mentioned a Nega-Bomb explosion fifteen years ago and relates that to when Super-Tough and Damien DarkLord vanished in a Nega-Bomb detonation. This was the same event that scarred Young-Tough and turned him into Mace. Dragon and Smasher soon discover that they are not alone.

Rapture pleads with SuperPatriot not to act against DarkLord due to how easily he had seemingly killed both Dragon and Smasher. DarkLord claims that he is not a villain and that the detonation of the Nega-Bomb all those years ago caused an alternate timeline to be created, the reality that the S.O.S. hails from. His planet has suffered immensely due to the creation of their world and he simply wishes to save the lives of his people.

Dragon and Smasher are taken into the custody of men and women who oppose DarkLord’s reign and are led towards their own ruler. Super-Tough is revealed to be the head of the resistance and he also survived the Nega-Bomb. He believes that Darkworld is actually the alternate reality created and that it was DarkLord’s own nature as a time-traveller that led to their world getting started. Super-Tough mentions that he mourned for Young-Tough. Smasher points out that his former sidekick survived the blast but Dragon suggests that they keep the details about Young-Tough’s life hidden for now.

DarkLord reveals how alien technology is responsible for Darkworld’s plight as Comics Cops invaded the planet. They barely managed to fend off this threat but after the entire world was teleported across the galaxy, the core of Darkworld was left unstable. DarkLord’s machines have been tested fully now and are mere days away from replacing the inhabited sections of Darkworld with their counterparts on Earth, dooming anyone that gets teleported to the dying planet.

At the site of the latest land transfer, guards discover that the S.O.S. had left equipment behind and attempt to dig it up. The Kid Avenger is revealed to have been buried underground with technology and he does his best to fend off his assailants. His teammates arrive on the scene and Smasher hurls a huge chunk of debris at the enemy soldiers to save the young hero.

Five super-powered youngsters called the Eternal Youths are held prisoner by their jailor Rakkum who mocks them over their imprisonment. They were the ones that had led DarkLord to Earth after revealing that they communicated with a girl in another realm. Back on Earth, She-Dragon suffers her latest defeat when Volcanic beats her down. Howard Niseman does not understand how Captain Mendosa came to the decision to replace Dragon with her. She-Dragon awakens later in the hospital and informs Howard that the voices in her head have returned and that they are warning her that Earth is in terrible danger.

Rapture argues that DarkLord cares nothing for his people but rather he simply wishes to bring his slaves over to another planet now that his own is dying. She is devastated over the perceived loss of Dragon and vows to stop his plans no matter the cost. DarkLord simply responds by incinerating Rapture, sending SuperPatriot into a rage. Rock leaps to save his teammate and just barely snaps SuperPatriot out of his rage to get him to save both of their lives.

Rock does his best to snap SuperPatriot back to reality as he begins slipping into flashbacks over past battles and the deaths of those he cared about. DarkLord has now had enough of the S.O.S. and their attempts to thwart his plans and moves to finish them all off. Super-Tough bursts onto the scene and shoots at his nemesis. DarkLord laughs off his attacks and declares that the land transfer has begun and that Earth is now doomed. Rock refuses to allow this to happen and strikes the villain with a huge piece of technology that startles him. Dragon then leaps into action to save Rock from a retaliatory strike and is then informed about Rapture’s death.

The Kid Avenger is armed with a device that will disable DarkLord’s machines but he cannot figure out how to plug it in, allowing the transfer to continue. SuperPatriot finally recovers his mind and takes possession of the device and activates it. Rakkum watches on as the Demon Dogs fly into the sky to pass over to their new world and flies off to join them.

Dragon has been left in a fit of rage over the news of Rapture’s murder and he takes the fight directly to DarkLord. He momentarily gains the upper hand which enables Super-Tough and his teammates to pass on through the portal. DarkLord recovers and swats Smasher aside by using Dragon as a weapon before celebrating his victory. He then jumps into the portal but it closes as he is only halfway through, leaving his lifeless torso plummeting down to the ground. Smasher is left alone with an unconscious Dragon, the pair of them stranded on the dying Darkworld…