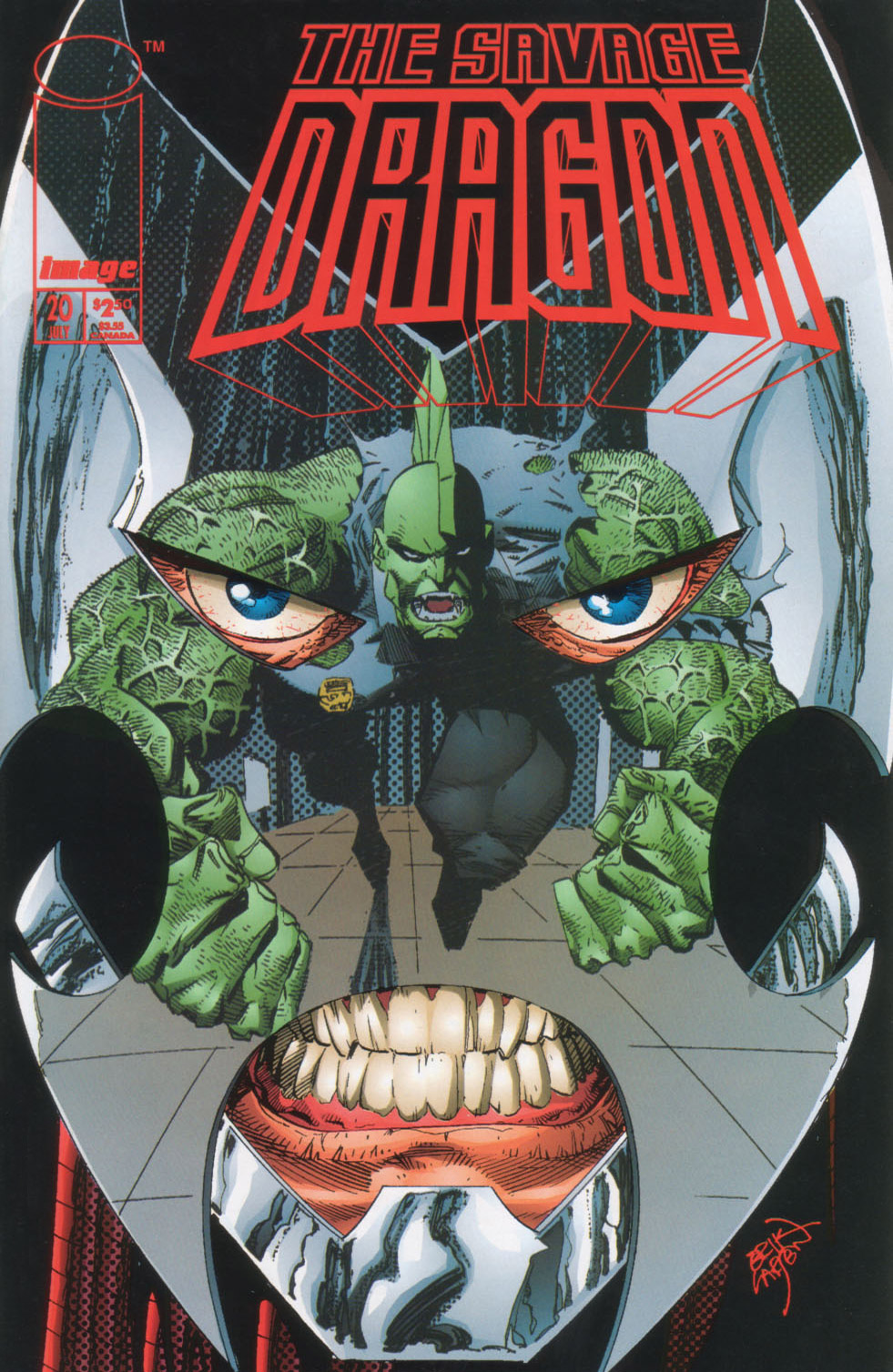 Rita Medermade emerges from her shower and requests that Dragon hand her a towel that she conveniently left on the sofa where he is sleeping currently. He points out that he has a girlfriend and does not need to see her naked in order for him to know she has a great body. A knock at the door is heard and Rita scrambles to open it but a worried Dragon races to stop her. He tackles her just as the door is opened to a furious Rapture.

Since the Fiend destroyed his apartment, Dragon has been staying in the homes of his colleagues which Rapture had accepted. She is enraged that he is now staying with Rita after having previously been sleeping with Phil Dirt. Dragon points out that Phil kept coming on to him and so he moved in with Rita temporarily. Rapture ends up insulting Rita as she does her best to mark her territory when it comes to being Dragon’s girlfriend.

The incarcerated Octopus warns against using CyberFace being used to arrest OverLord as he is far more powerful than any of them realise. He claims that CyberFace has the power to actually rule over the world and it would be foolish to underestimate him. Howard Niseman has had enough of his ravings and tells him to shut up.

A cadre of Vicious Circle members invade the precinct of the Chicago Police Department in search of CyberFace so that he can be eliminated before he can give evidence against OverLord. Howard pulls a gun on the villains but Vein uses her prehensile extensions to hurl him away. As Captain Stewart investigates the noise he is burnt alive by Volcanic.

Rapture challenges Dragon about phone calls that are being made to him at the precinct by Amanda Mills, questioning if he is cheating on her with the young model. Dragon dismisses the allegations and tells Rapture to stop trying to sabotage their relationship. Rita interrupts them to declare that their colleagues are under siege at the hands of the Vicious Circle. Dragon and Rita leave to race towards the precinct to give aid to their friends, leaving Rapture behind.

Dale Fisher is worried when Alex Wilde announces that she too is going to the precinct to assist, pointing out that she still has not fully recovered. Alex ignores his concerns as she refuses to sit back and do nothing while her friends are potentially killed. Dale apologises for interfering but is instructed not to do so again.

As Dragon reaches the station he immediately enters the fray by knocking out Brute before swiftly taking down Volcanic too. Rita opens fire but would have been shot by MegaTech if not for William Jonson taking the blast intended for her. As the villain closes in on his original prey, Rapture arrives on the scene to shock MegaTech unconscious.

Strongarm fights his way into one of the back offices where he is shocked to discover that Frank Darling has returned to the Chicago Police Department. Frank opens fire on the villain that once threatened his life and shoots Strongarm in the head. Dragon takes down DoubleHeader and has Rawdog in his grip when BodyCount sneaks up on him. Alex arrives just in time to shoot the villain in his cybernetic implants and causing him to surrender.

Frank believes that this assault had merely been the opening salvo from the Vicious Circle and suggests that they strike a deal with CyberFace quickly so that they can go after OverLord. He speaks with the restrained CyberFace who starts to talk. He mentions how OverLord remains in his armor constantly as the super-freaks under his command resent an ordinary human ruling over them. If OverLord were to fall then the Vicious Circle would crumble as there is no one in place to assume leadership. CyberFace helped create the armor in the first place and can provide data regarding weak spots as well as methods of infiltration into the arch-villain’s headquarters as the old elevator entrance has been sealed up. The villain will only provide this information if he can regain his freedom.

Dragon is gathered together with the police’s elite S.W.A.T. team who board a helicopter and swiftly depart for the Vicious Circle’s headquarters. On the way, two of the officers debate the merits of the movie Forest Gump and how well it portrayed historical events. Dragon grows tired of their argument and quietens them down just in time for their mission to commence. He leads the heavily-armed men as they burst through the windows to confront OverLord. Dragon declares that his enemy should surrender or face his wrath this time but OverLord merely states that he has been expecting them…