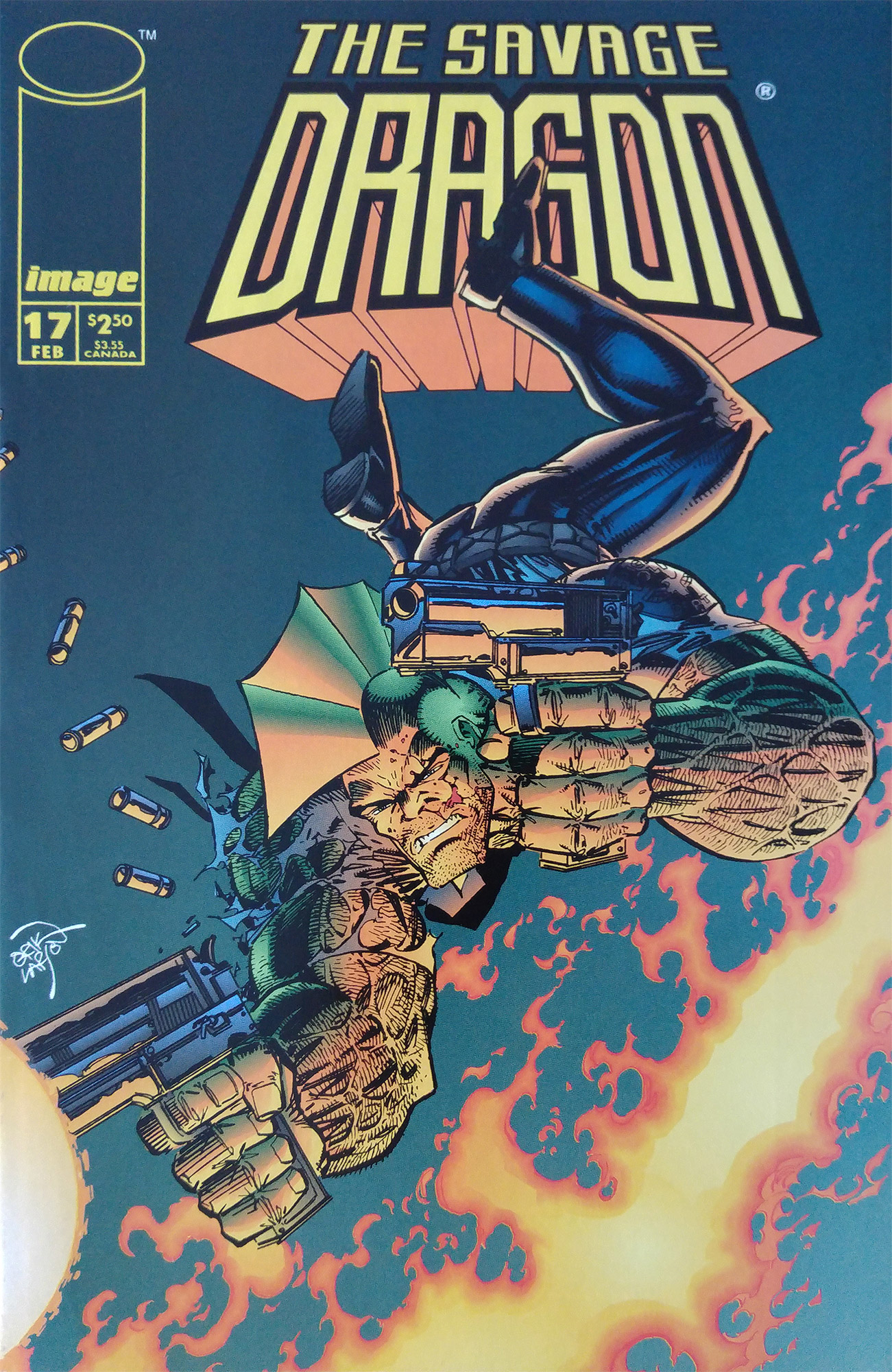 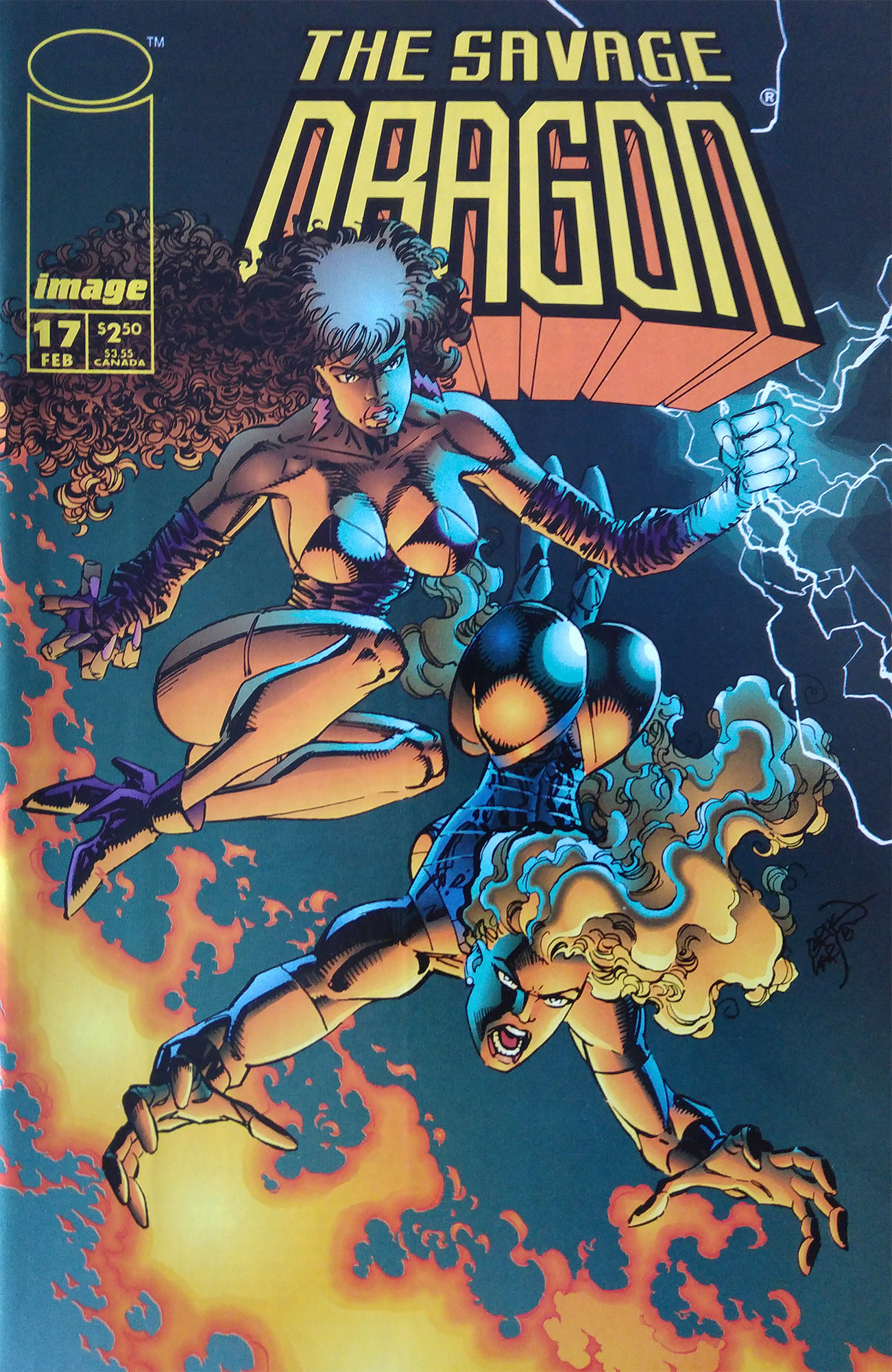 She-Dragon continues to spy on Dragon’s apartment and debates whether or not she should expose her voyeurism in order to warn him about the figure hovering outside his building. She gets into a conversation with the voices in her head that had been quiet for several months. There are five different voices and personalities that speak through She-Dragon. These five discuss the wisdom of telling the truth or even confronting the entity directly but She-Dragon ultimately opts to simply leave. The Fiend vows that soon she will avenge the death of Debbie Harris by killing Dragon.

Dragon enjoys a shower with Rapture before getting ready to leave for work, leaving his girlfriend to dry her hair. He is visited by some concerned neighbours who demand that he move out of the building as they no longer feel safe living there. Between the Debbie Harris-Arnold Dimple incident, his fight with the second Fiend in the lobby and his own recent rampage, the tenants are terrified. Rapture joins the argument still completely naked and assures them all that Dragon is back to normal.

A villain named KillZone had been assigned the task of locating the recently resurrected CyberFace and eliminating him once again. He has failed in this assignment and OverLord executes him for his repeated failure. An employee then informs OverLord about recent events in New Orleans that saw SkullFace badly injured but that also proved that Frank Darling still lives.

As Dragon is confronted by a mob outside the precinct, angry over his recent rampage, Sam Haze reports on the turn in public opinion towards the hero. The fact that Octopus remains on the run and that CessPool walked away from police custody has upset the general public. R. Richard Richards watches on with joy that people seem to be finally agreeing with what he has been preaching. He then goes to meet with a scientist who sells him a weapon that the newspaper publisher will use to finish off Dragon for good.

Rock is annoyed that Beast Boy and Feezle fell asleep whilst taking care of their guest, the resurrected CyberFace. The villain had finally awoken from his long recovery and now makes his way out of Chicago’s underground.

William Jonson informs Dragon that the recovering Alex Wilde has had a constant companion in the hospital in the form of her new boyfriend, Dale Fisher. Dragon has no desire to cause a scene and avoids going to visit Alex. Rapture is jealous over his feelings towards Alex but Dragon points out that he merely thinks of Alex as a friend and that he feels guilty over injuring her while he was possessed.

As the couple leave the precinct, a large robot launches an assault upon Dragon by burning off his clothes and body hair with a flame breath. R. Richard Richards reveals his part in this new creation, the Dragon-Slayer, by appearing in a view screen imbedded in the torso of the construct. Rapture joins the fray but her electricity simply passes through the Dragon-Slayer and shocks Dragon instead and she is instead knocked aside. She-Dragon leaps into action but is swiftly eliminated from the fight when her own costume and hair are burnt off.

Dragon reasons that the Dragon-Slayer’s weak spot will be the view screen and he punches it repeatedly until he reaches the robot’s insides. Dragon finishes off his assailant before his colleagues in the Chicago Police Department offer him the chance to arrest Richards. Dragon goes to the Chicago Voice newspaper and apprehends Richards in front of all of his staff.

Dale Fisher maintains his constant vigil over the comatose Alex Wilde, all the while he curses out Dragon for being responsible for her condition. Alex begins to stir and as she awakens, Dragon’s name is called out by her. Dale reacts very badly, putting his head in his hands and sobbing.

Dragon returns home to his building where the concerned tenants are still camped outside of his apartment. They talk again about he is a menace and that a strange noise had been heard coming from inside his apartment. Dragon has no idea what they are talking about as he has not been home but as he opens the door he is confronted by the Fiend…

NOTE: The “Savage Dragon Vol. 5: Revenge” trade paperback collection includes both pairs of alternate pages depicting Dragon and Rapture in the shower from the two different versions of this issue.