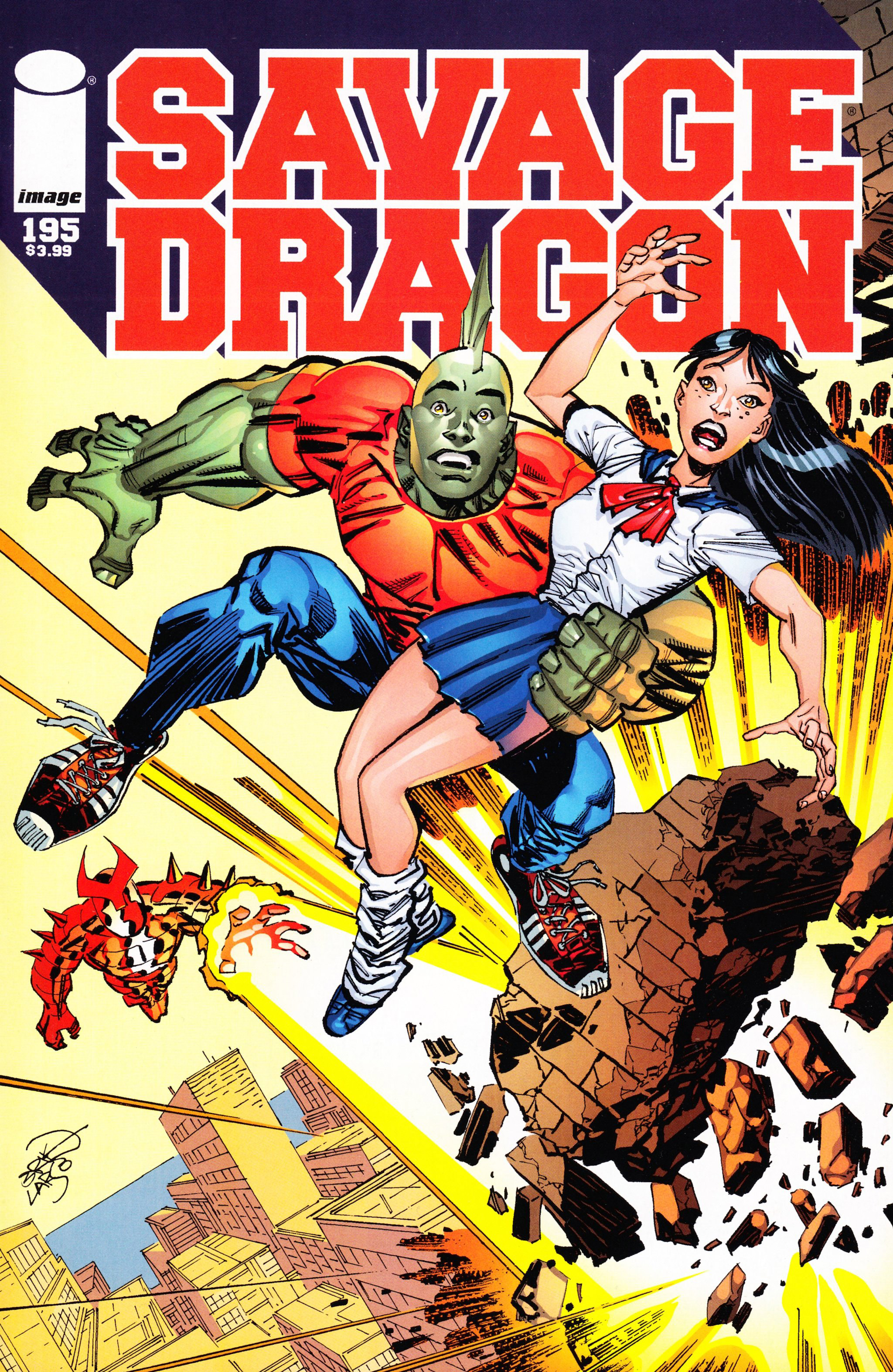 Several years ago, Malcolm Dragon arrives at the home of Angel Murphy who is currently being babysat by Alison
Summers. He informs his young friend that he has learned that his mother has been replaced by two different imposters. Dragon had told him that his real mother was dead when they were reunited but he chose not to believe him. Malcolm suspects that others may have been replaced such as Angel’s mother and that Damien DarkLord is behind it all.
As the two children talk a super-freak called Sexy Beast bursts into the apartment looking to take Angel away with him. He grabs a hold of Malcolm as his target flees, screaming for Alison to help. Malcolm’s attempts to electrocute Sexy Beast fail to do anything but Alison suddenly attack, cutting the villain into pieces with her God Sword. Alison then instructs Malcolm to leave now whilst she deals with the aftermath.
Back in the present, Malcolm Dragon is in battle with a number of Vicious Circle goons when his presence is discovered by Dart. She is fed up with the young hero interfering with her operations and vows to end their rivalry right then and there. Malcolm dismisses her as a short-range opponent and uses his agility to avoid her assault. Dart then uses her explosive darts to injure her foe that then desperately leaps away from the scene before passing out in mid-air.
Sometime later, Malcolm awakens in Hillman Hospital and is pleasantly surprised to find Maxine Jung Lai sat in his room. The teenagers leave and head for a burger where they talk about their relationship and Malcolm hopes that they are still together as he still loves her and has been telling girls that he is unavailable. Maxine has been on a number of dates with Chinese men that her parents have set her up with but she has not enjoyed a single date.
The father of one of Chloe, one of the girls killed during Torment’s rampage, confronts Malcolm and blames him for his daughter’s death. Malcolm attempts to defend himself from the accusations of endangering innocents and is annoyed that this conversation is being filmed on someone’s phone. Malcolm takes Maxine to leave where a crowd has gathered to vent their resentment of him and his actions. There is a movement beginning to have him throw out of Young High School before any other child is harmed.
Suddenly, an armored figure called Red Rage bursts onto the scene and attacks Malcolm, forcing him to leap up into the rooftops with Maxine in his grasp. He then proceeds to jump around to avoid further energy attacks before putting his estranged girlfriend down. Malco
lm then takes the fight to Red Rage whom he exchanges a number of awesome blows. The assailant is soon discovered to be a robot which means that Malcolm does not need to fear holding back.
Malcolm proceeds to pummel his opponent until Red Rage explodes, the blast seemingly consuming the hero. Maxine looks on helplessly before collapsing to the ground, fearful that her boyfriend has been killed. Meanwhile, Samurai reports these events back to Dart including how there is no trace of Malcolm in the debris. Dart dismisses any claims that their enemy is dead as his father had a habit of surviving such incidents and she is sure the son will be no different. She orders that the Vicious Circle locate whatever is left of Malcolm and bring him back to her…

Battle Girl goes on patrol where she considers a recent offer made by SuperPatriot for her to join the brand new Special Operations Strikeforce. She sees it as an opportunity to break out from the shadows cast by both Dragon and Malcolm. Her patrol is interrupted when the super-freak Beer Belly gets into a bar fight. Angel knows that she cannot match strength with Beer Belly considering how much beer he has consumed and converted into strength. She comes up with the idea to feed him Toastess Pies which absorbs some of the alcohol and allows her to knock him out. Angel then decides that she will contact SuperPatriot and accept his offer.