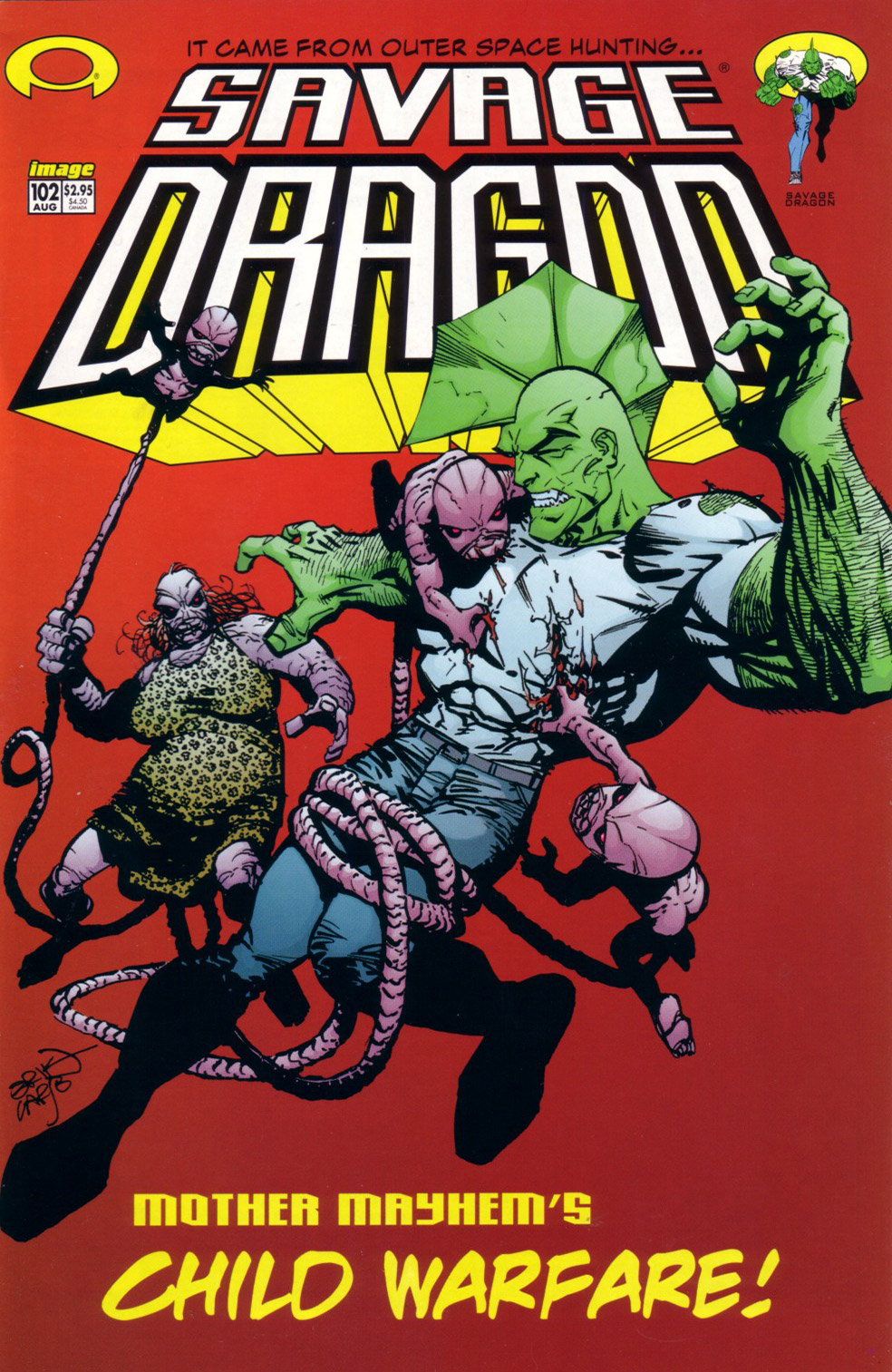 Dragon enjoyed his reunion with Jennifer Murphy but cannot help but feel guilty about sleeping with her. He considers it similar to cheating on his own Jennifer but he is assured that he did nothing wrong as both his Jennifer and her Dragon are dead now. They are both close enough to their counterparts that their hailing from different realities should be ignored. Dragon finally starts to come around when he is contacted by Rex Dexter who requires his help dealing with a new threat.

Mother Mayhem is the herald to the Devourer of Worlds and she has arrived on Earth and chosen it as the next meal for her master. She talks to herself about how this planet is primitive but will serve well enough as a meal. Dragon arrives to confront the ancient creature, asking that Mother Mayhem depart Earth and seek out a more advanced world to destroy. This request is rejected which leads to a fight, the first physical confrontation that Mother Mayhem has been involved in over her countless millennia of servitude to her master.

The battle is a tough one but Dragon ultimately claims victory and contacts the Liberty League to warn them that the Devourer of Worlds is still coming. He returns to the hotel to see Jennifer and warns her that something that threatens the whole planet will soon be there. Angel suddenly screams that there is something outside and as Dragon and Jennifer race to check out the scene, they are horrified to discover that the Devourer of Worlds has already arrived… 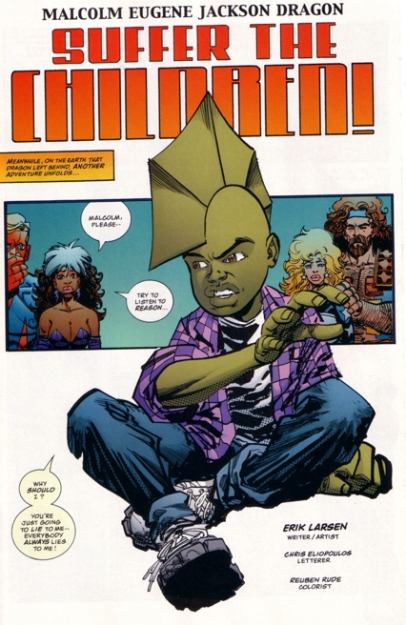 Suffer the Children
10 Pages
NOTE: This story takes place in the Image Universe

Malcolm Dragon has been incarcerated in a cell following his vicious assault upon Damien DarkLord. He is informed that Damien is lying in a comatose state and could die at any moment and it is claimed that Stephenson is not even dead. Stephenson is heading over to Complex One even as they speak but Malcolm refuses to back down from his claims that Damien is evil.

The way that Malcolm has rejected Rapture is of a concern to Smasher as she now fears that Angel will reject her due to not really being her real mother. Herakles assures his wife that Angel could not possibly wish to leave them to return to the custody of her step-father. Angel overhears this whole conversation and wanders off, noting the ailing Damien has a visitor. Debbie Harris is scanning the mind of the child and has discovered the nature of the threat that DarkLord had predicted.

Another version of Stephenson arrives to claim that no murder took place so that Malcolm’s story loses any credibility that it had. The cell that holds Malcolm suddenly has a wall blasted open and a flying saucer hovers outside where Angel and Debbie instructs him to join them. They are joined by Janey as Debbie opens fire with the spacecraft’s weaponry to ground the rest of the S.O.S.’s fleet. The group races over to Chicago, unknowingly passing Mother Mayhem, and they eventually arrive above Rex Dexter’s laboratory where they are shot down.

Debbie is found to have died upon impact and the children flee outside where they learn that it had been Rex that had fired at them. Rex had donned his Battle Tank armor when reports of aliens started coming through and he panicked when he saw the flying saucer. Malcolm is suddenly horrified by the sight of the Devourer of Worlds arrives on Earth to claim it as his next meal…