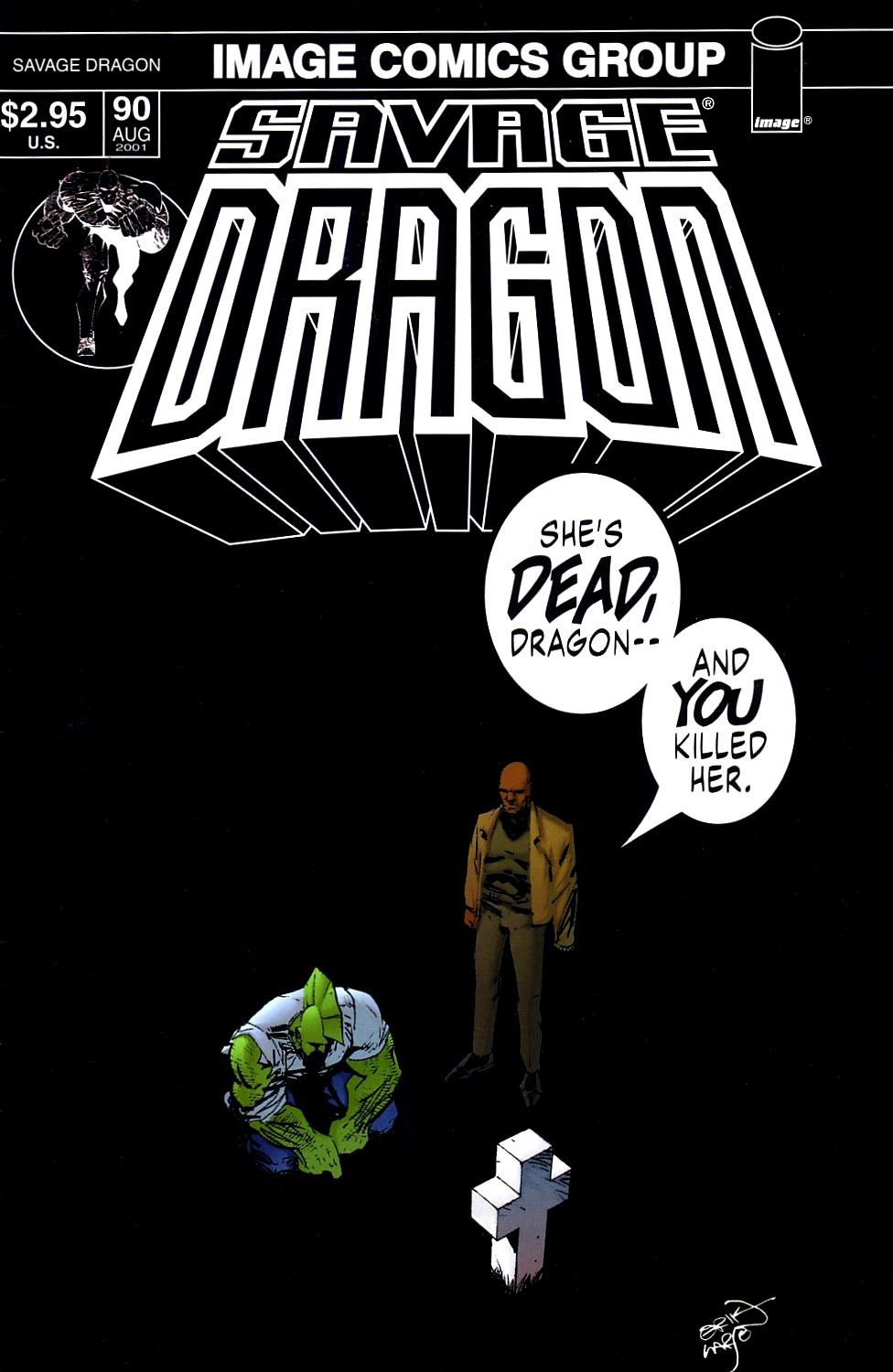 Neutron Bob makes a telephone call to his mother to inform her that he will not be home for supper as something major has come up. He and Dragon continue their long drive to Chicago, discussing Dragon’s plan to restore the previous government to power. The Vicious Circle that had split off from CyberFace has been abandoned in Chicago. Their number had been a mere thirty or so at the time but the past few years have been tough on them.

Dragon then questions his companion about the Sky-Riders and Rats whom he encountered shortly after his arrival in this reality. Neutron Bob reveals that they were all created by Johnny Redbeard who has become the Creator and handed out super-powers to a large amount of people. Dragon had not considered how the events leading up to Redbeard never occurred. The duo’s car is unable to proceed any further due to the war-torn roads and they make the rest of the way on foot.

A camera captures the image of Dragon and in only a few short moments, a fleet of Martian flying saucers descend from the sky. These alien vessels open fire and Dragon is determined to stand and fight but Neutron Bob instructs him to flee. He blasts open an entrance to the underground whilst also covering Dragon’s escape. As they enter into a tunnel, missiles make impact with the building which collapses the whole area down on top of them.

After digging through the rubble, Dragon eventually gets loose and finds himself in the company of the Underground Freaks. He informs them of how the missile blast must have knocked him down an elevator shaft before questioning if these super-freaks have been hidden since CyberFace took over the planet. Rock is confused as he does not remember ever meeting Dragon who quickly accepts that the events that led to their meeting and subsequent friendship never happened in this world.

Dragon reassesses his priorities and mentions that he needs to locate Neutron Bob and their stolen money. Rock dispatches Beast Boy and Feezle to search through the debris as Dragon heading up towards the surface would be suicide. Rock and Widow begin to question their guest about how he knows them, guessing that he had encountered the Gods who had abducted Radical. Dragon explains all about killing DarkLord and getting transported to this strange new reality. This story is dismissed by Rock as being a result of Dragon receiving a blow to the head but Widow senses that it is the truth.

It is assumed that CyberFace will not stop until he has recovered a body and so Dragon decides to keep moving, unwilling to endanger his old friends. He makes an attempt to convince them to join his rebellion but Rock refuses to risk their lives on a suicide mission. Dragon departs and considers how he can safely approach the Vicious Circle without Neutron Bob serving as a mediator. As he searches for an intact exit from the underground, Dragon comes face-to-face with another group of hiding people.

The Demolisher introduces himself to the hero before immediately attacking him, blaming Dragon for taking everything from him that he considered important. Dragon points out that he has know idea who his assailant is due to coming from another reality and tries to get an explanation, all the while avoiding the Demolisher’s blows. The super-freak reveals that he used to be Dale Fisher and he accuses Dragon of taking Alex Wilde away from her.

As the fight rages on, the two combatants eventually burst up through the ground to the surface where the Demolisher accidentally falls into one of the fire pits. Dragon assumes that his foe had died and is surprised when he emerges, still anxious to defeat him. The Demolisher and Dragon circle around one another until they finally collapse from their injuries. Frank Darling emerges from the crowd and instructs the crowd of people watching the battle to help him get Dragon to a safe place. They arrive at a general store where Dragon wakes up and tries his best to recite his cross-dimensional trip. Frank has no idea how to take this story but starts to talk about past events. Dragon is confirmed to have destroyed much of Chicago when he was possessed by the Wicked Worm. This rampage is the reason that Dale sought out the Creator for powers so that he could avenge the death of Alex at the hands of Dragon…