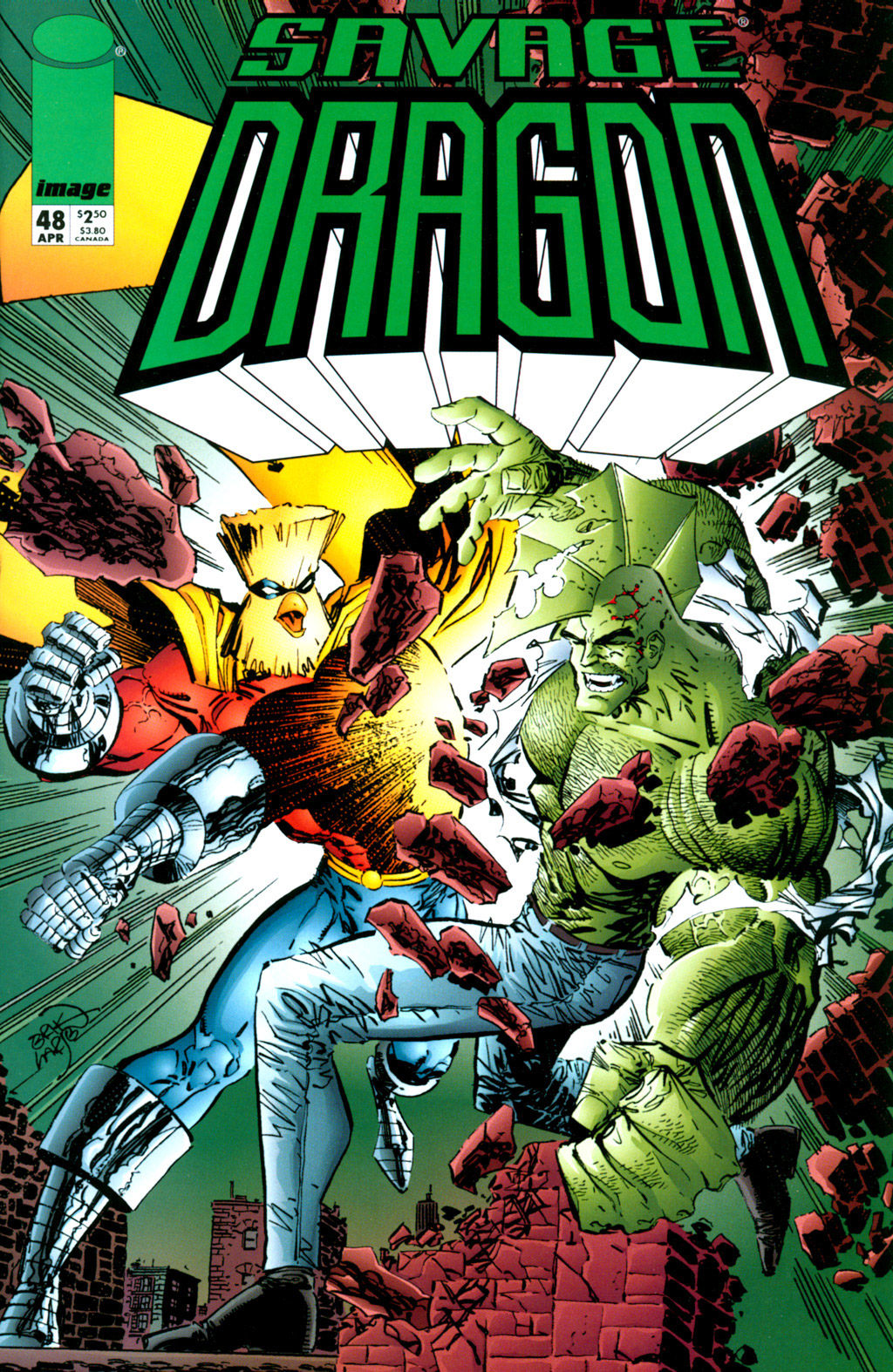 Dragon arrives back home in Chicago and is collected from the airport by Alex Wilde which leads the old friends to passionately kiss one another. Alex states that there has been no news regarding the missing She-Dragon. Captain Mendosa has now been fired for being corrupt and Alex asks for Dragon to quit the S.O.S. so that he could return to the Chicago Police Department. Dragon turns down the offer as he is no quitter and he is also attracted to Smasher although the feeling is not mutual. Alex offers Dragon a place to stay at her house and the pair head home.

A giant super-freak called Big Ugly is defeated by the S.O.S. with Zeek delivering the final crushing blow. Stephenson congratulates the team over their latest victory and begins to talk about how well they are doing without Dragon. Despite the hero being officially the leader, he has barely been on the team over the past few months and it may be wise to consider life without him. Rock declares that if Dragon is fired then he will quit and the rest of the team will do the same.

Dragon and Alex enjoy a session of casual sex which they tell one another is only part of a transitional relationship. Dragon’s feelings for Smasher are not going away and Alex is far from moving on after her break-up with Chris Robinson. Alex comments that she has bought her house now instead of renting as she recently got promoted to sergeant. She will have to move out now though as she cannot afford the mortgage alone and laments wasting so much time with Chris.

The pregnancy of Ricochet is finally over as she has given birth to a baby daughter. She knows that Barbaric had wanted a son but Ricochet is assured by her husband that he is more than happy. The couple are relieved to have a normal little girl and profess their love for another. Barbaric then looks down upon his new child and promises her that their lives will be just fine.

Several officers from the Chicago Police Department stop by the home of Captain Mendosa with a warrant for his arrest. They break into the house and discover that it had been neglected for some time and Mendosa’s corpse is discovered, having decayed a fair bit indicating that he died a while ago. He had been replaced by the shape-shifting Imposter who reports back to Horde. Imposter is spared execution for failure as Horde can see potential for him in the future. They have more pressing matters though as CyberFace is making moves against him and is being served by PowerHouse and Octopus. With Dragon returning to Chicago, these are all loose ends that he wants tying up.

Within Stronghold Penitentiary, the OverLord armor suddenly activates and tears its way through the facility and slaughters a number of guards before making its escape. CyberFace’s hideout is discovered by agents of Horde, in this case the possessed She-Dragon and Mace. These two pawns are kept busy by PowerHouse whilst his two allies are able to make their escape. Dragon arrives to respond to the reports and mocks CyberFace inhabiting BrainiApe’s body. He is struck by She-Dragon and Mace as they are thrown at him by PowerHouse which provides enough of a distraction for the villains to flee.

Dragon locates and removes the leeches attached to She-Dragon and Mace but then comes under attack by PowerHouse. This leads to an evenly matched fight commencing which had Dragon making fun of his opponent’s bird-like appearance. PowerHouse counters by accusing Dragon of turning his back on his fellow super-freaks, helping oppress their community. This claim is rubbished by Dragon as he is merely dealing with criminals, regardless of their race or species. PowerHouse is satisfied that his allies have now gotten away and leaves, seeing no point in continuing the fight. Dragon is then informed by She-Dragon that she defeated Mace in a great fight as they both recovered from their possession.

Frank Darling is happy to be reunited with Dragon as he stops by the police precinct and they talk about the investigation into Dragon’s origin. Frank comments that he has discovered nothing new except that his knowledge prior to being discovered in the burning field consisted of television broadcasts. He has pretty much given up on finding anything more. She-Dragon receives a phone call and reports that Super-Tough had heard about Mace’s awakening and would like permission to see his old partner.

Meanwhile, the escaped OverLord armor arrives at the safe house being used by CyberFace’s renegade faction of the Vicious Circle. With this powerful weapon now in his possession, the group prepare to seize control of the entire organisation. PowerHouse looks forward to finally eliminating Horde and Octopus is pleased that years of scheming may finally be coming to fruition…