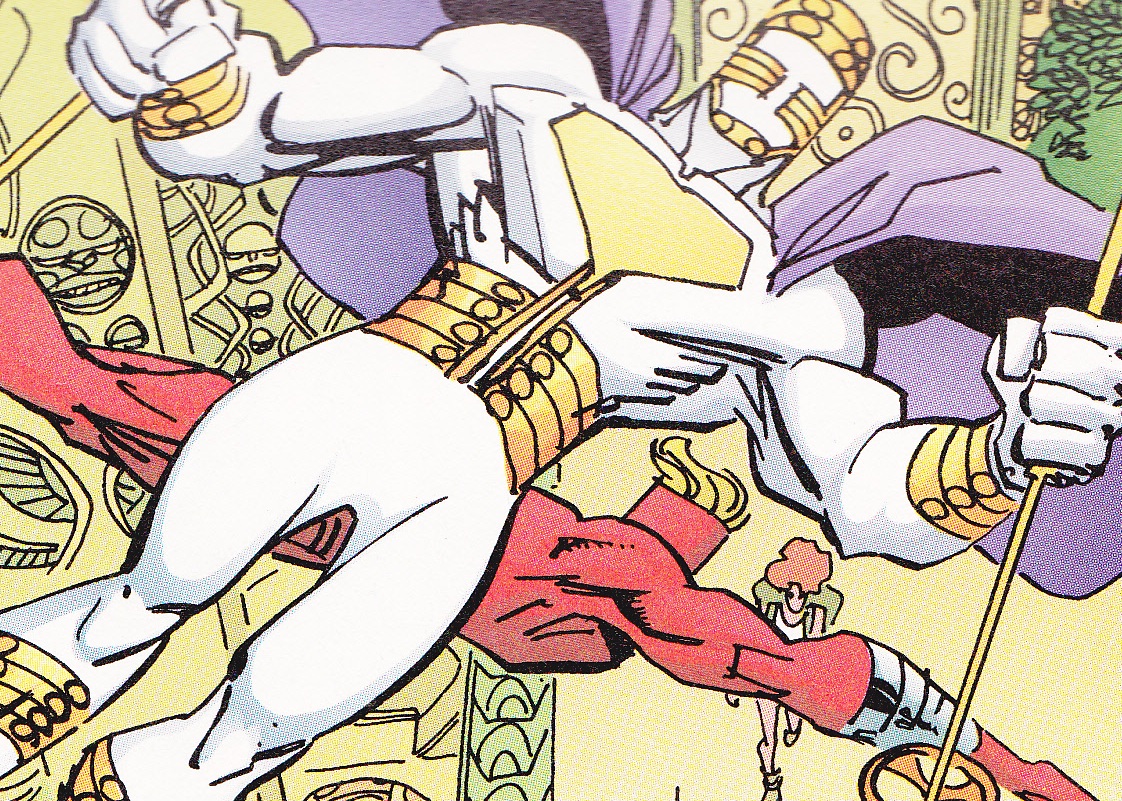 White Racer is often seen flying around Godtown in his high powered boots and skies. In one occasion he even allows Angel to borrow his boots. During the Tyrranean attack on Godtown, he is cut in half.