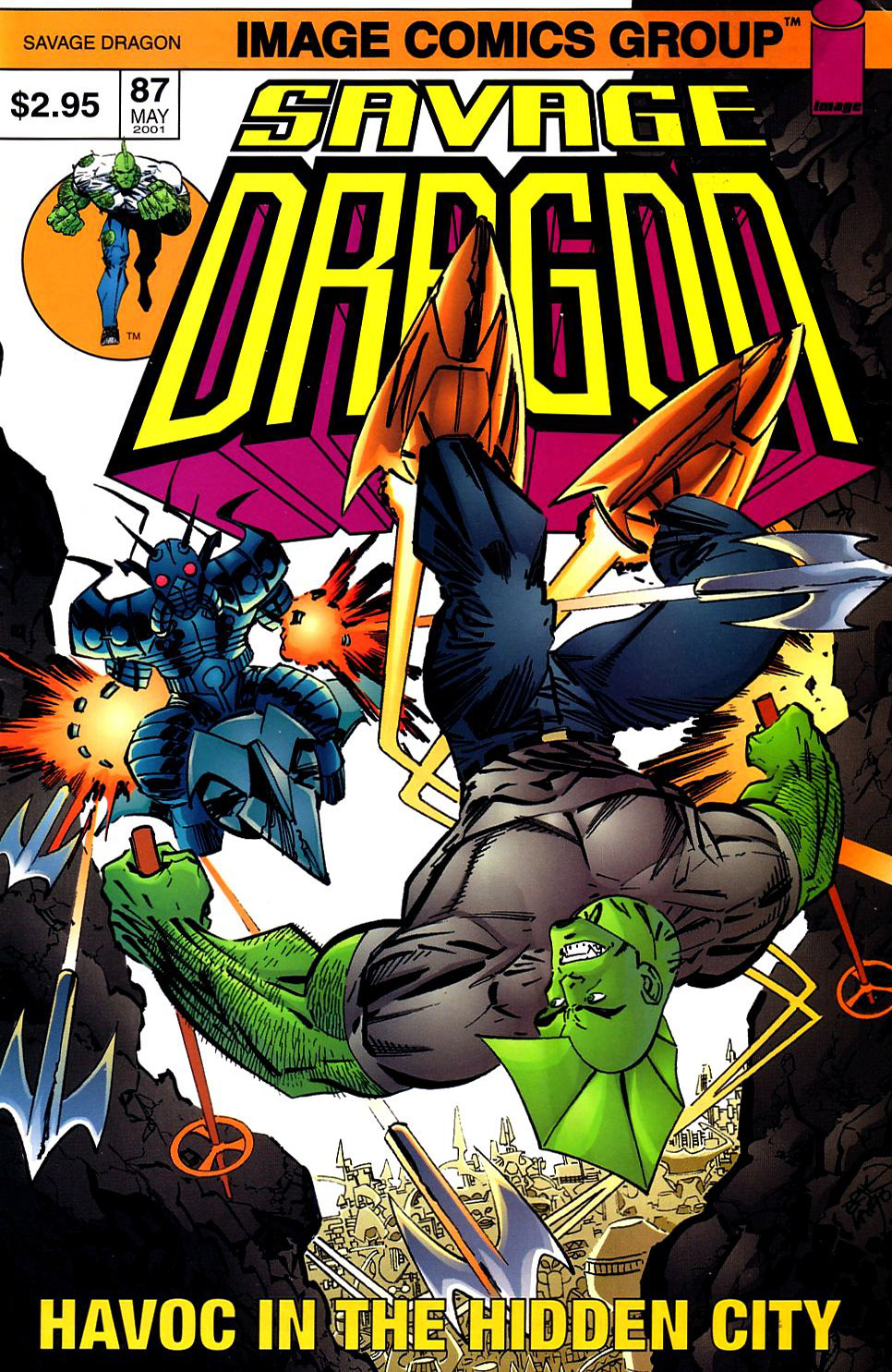 Dragon has hooked up with a group of hippies and their temporary female travelling companion in order to get a lift across the country in their van. This party stop off at a swimming hole where Dragon is forced into action when a fish-monster attempts the feast upon them. He sends the creature flying with a punch but the peace is cut short when two large snakes attack. Dragon makes short work of these animals and the group continue on with their journey.

As the van is driven along, a discussion about what CyberFace is doing with the planet now that he is ruling it begins. Dragon does not believe that much of anything is being done to protect the population as too many monsters, mutated creatures and other threats are roaming the planet. He needs help setting things right and his companions suggest the Hidden City which is also known as God Town. This city is supposedly located in a nearby mountain range but the Gods have kept to themselves from almost the moment they arrived on Earth.

It is suggested that perhaps Dragon should simply return to Chicago to gather up what assistance he can from there. He dismisses the idea as there are not that many people that he knows that are still there and the idea of recruiting the Gods seems like a good one. Dragon has the van stop so that he can make the trek up through the mountains and is joined by Annie. The pair begin the long climb but Dragon is concerned over Annie’s lack of warm clothing, fearing the harsh temperature threatening her life should they not reach their intended destination before nightfall.

A deadly bounty hunter that is known as the Seeker confronts Larry Bradford in Kansas City as he searches for Dragon. The terrified doctor offers up any information he can to avoid violence, allowing the Seeker to soon catch up with the hippies. He beats them to death in the process of discovering Dragon’s plan to reach God Town which enables the Seeker to fly his glider in pursuit of the hero.

Dragon and Annie soon reach the peak of the mountains where God Town is located and they are brought to the chambers of Herakles. He explains to Dragon that the Gods can be of no help to him as they are bound by their oath of non-interference with humanity. They even made a deal with CyberFace to make an alliance legal, promising not to interfere with his plans in exchange for a promise for him to leave them to their own peaceful existence. Dragon is instructed to leave God Town immediately and he informs Annie that they need to hurry before the cold sets in.

Not too far from God Town’s borders, the Seeker catches up to his prey and opens fire, his shots all failing to land on their intended target. Dragon is driven back into God Town but soon returns after stealing one of the Gods’ flying rocket shoes. He takes the fight directly to the Seeker but ends up getting shot numerous times at a point blank distance. One of the Gods joins the fray to claim the stolen property of his kinsman which distracts Dragon from his main opponent.

The Seeker is able to connect with a powerful blast that shoots off one of Dragon’s feet, causing him to spiral out of control due to having only one working rocket shoe. Dragon ends up crashing into a building within God Town that then explodes. Annie is left screaming after her companion as the Seeker merely floats above in silence…