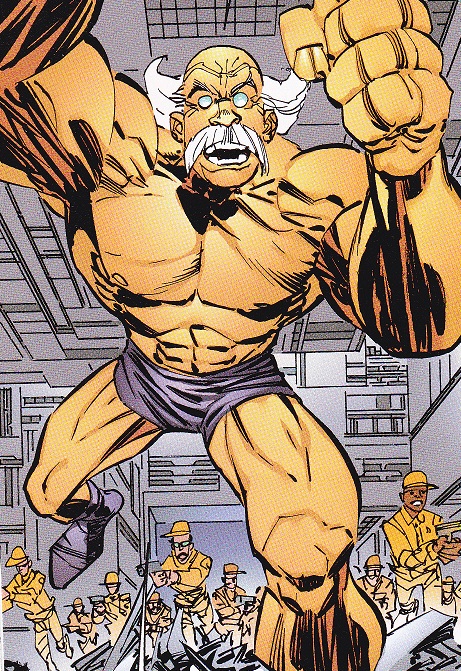 Melvin is the head of the Bellco chemicals and is seriously wounded when Dart II attacks one of his plants. He decides to give himself super powers, which do him little good as he is soon decapitated with the God Sword when Dart attacks yet again. However, he is able to survive due to his powers and his head can function without the body.

A news broadcast later reveals he died after being hit with Freak-Out.  Presumably his head fell off.