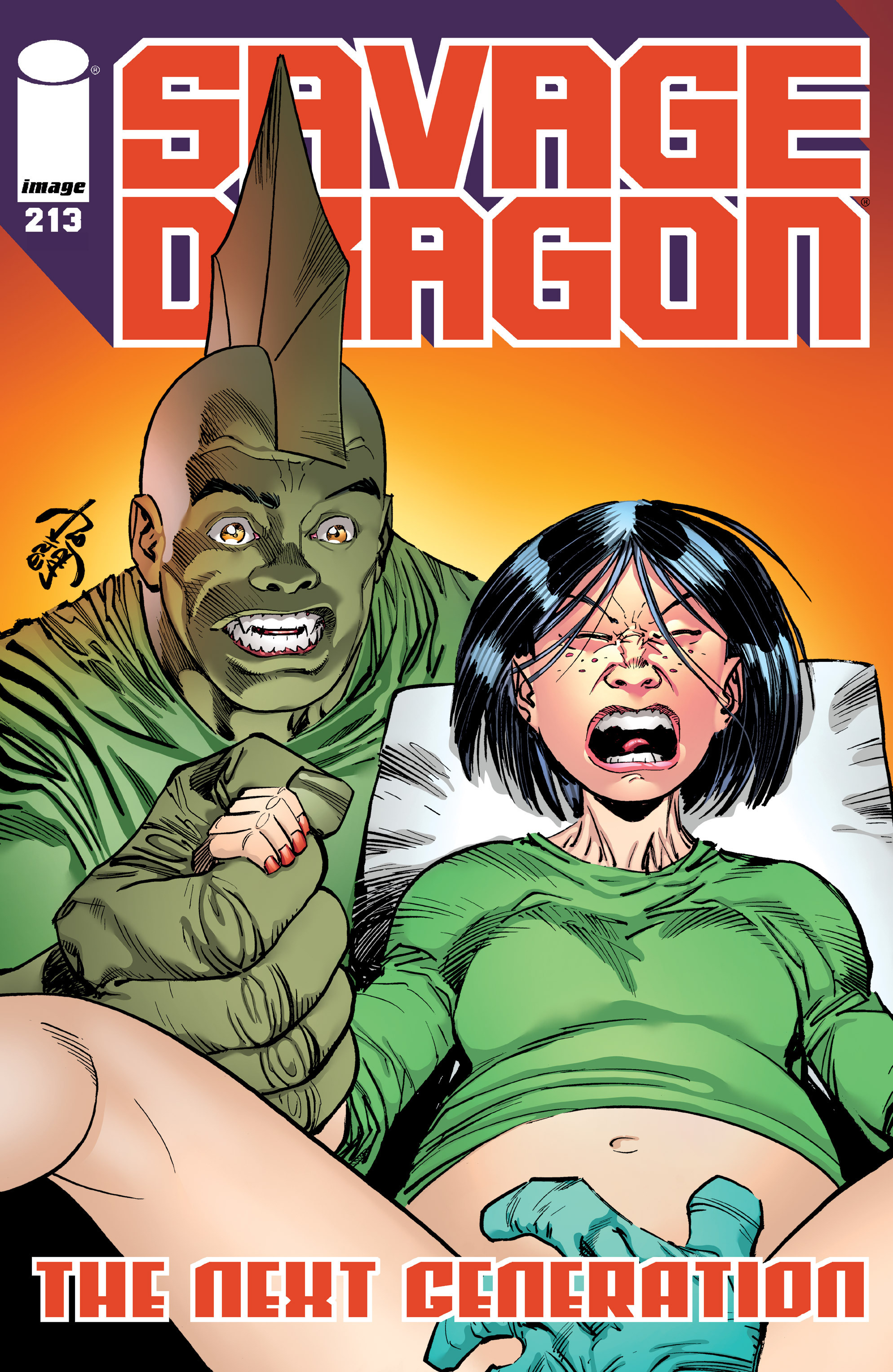 Dart enters a fight scene where numerous Vicious Circle low-level super-freaks are being brutally beaten by Battle Dragon. The youngster had been approached about joining them but demands to be just left alone. Dart appeals to the super-powered child and does her best to befriend the boy before assuring him that she is only wishing to keep him safe. She kisses Battle Dragon and then walks away with him holding her hand.

Malcolm Dragon is completely shocked that Maxine has given birth to a seemingly normal looking human girl. He does his best to keep himself composed by pointing out how much the infant looks like her mother. It is left to Angel to point out the obvious that the baby does not appear to be Malcolm’s as all Chosen One offspring are male Krylans. Angel suggests that Maxine must have slept with someone else but Maxine insists that the baby is Malcolm’s.

Ultimately, Malcolm announces that he fully supports Maxine and is willing to trust his wife that she has been faithful despite the seeming evidence against it. Lorella holds the child who accidentally breaks the woman’s finger, indicating that the father is at least super-powered. Angel accuses Maxine of simply sleeping with another super-freak. Maxine is upset that she may not be able to hold her own daughter without potentially being grievously harmed.

Dart lies in bed with the young Battle Dragon after having slept with the underaged boy. They are interrupted by Donna Justice who delivers the news that Maxine Dragon has had her baby which is a situation that the Vicious Circle must monitor. Battle Dragon is embarrassed about having been seen in bed with Dart but is reassured by his new lover not to be shy.

The hair of Malcolm’s daughter falls out before a fin quickly grows and her skin turns green, confirming that he is indeed the father. Maxine is wrapped in protective closing before holding her child. Malcolm then confronts Lorella about having his other two estranged sons in her clinic; upset that he was not told that the infants that Fountainhead had abducted were his. The boys were not 100% confirmed to be his until a blood test result comes through. Malcolm and Maxine wish to take all three children home, something which Lorella advises against due to the dangers that these super-powered babies present.

Angel comes face-to-face with the boy that she had thought was gone when she had her abortion and cries whilst holding him. Malcolm suggests that they keep her connection to the children a secret and merely announce to the world that the babies are all triplets of his and Maxine. He is then summoned to deal with a rampage being carried out by a new version of Tantrum. Maxine again argues with Lorella about taking the babies home and declares that no one is taking them away from her. The group are unaware that Dart has killed the doctor in the next room and has come with her allies to claim the babies for her own…

Reggie the Veggie sits motionless through all manner of situations and the elements. That is all. And it is AWESOME.