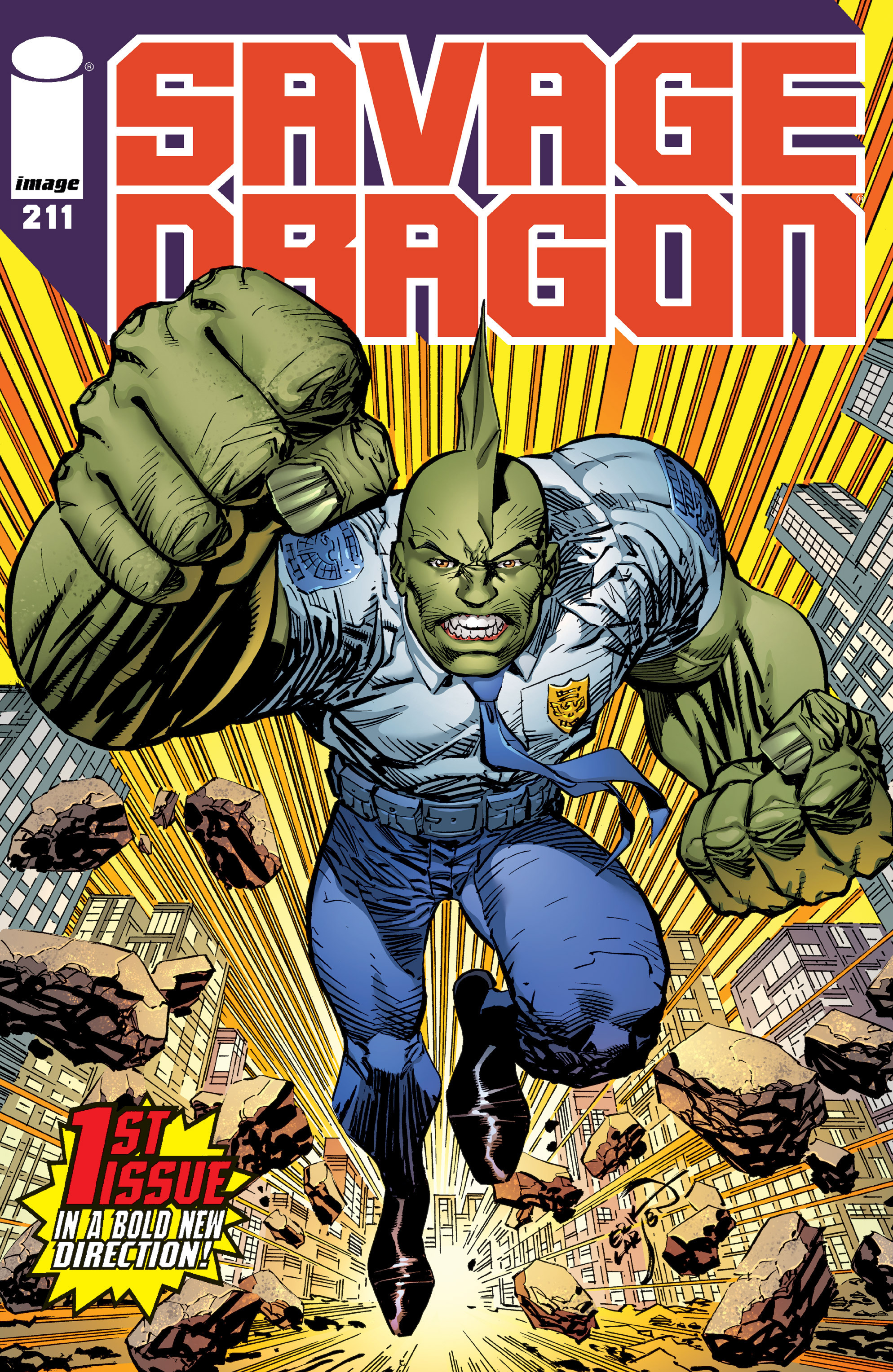 Malcom and Maxine Dragon stand at the gravesite of Tierra Jones and mourn the death of their estranged friend. Malcolm blames himself for her death as he was the one that impregnated her but this notion is shot down by Maxine. She points out that he warned Tierra to have the child aborted as it would kill her. It was Tierra who opted to keep the child and even then lie about even being pregnant in the first place. Malcolm notes that coping with a feral child that he never knew about roaming the streets is not something he was prepared for at the police academy.

Malcolm begins his career with the Chicago Police Department by facing off against a murderous super-freak called Wrath. This monstrous villain is enjoying newly gained powers by killing people, making up for being pushed around in his life before getting transformed. The fight takes the pair across parts of the city and creates a large amount of property damage. Malcolm eventually takes down Wrath using his lightning abilities.

Captain Stewart congratulates the successful Malcolm who has some questions about how things will work out regarding his hours. Stewart suggests that after this largely publicity stunt first day that Malcolm will likely work on call, going into action only when required. He may then have to make up some hours each week at the precinct depending on how busy he is. Malcolm is cheered on by some young girls before heading back to the police station.

The police officers celebrate Malcolm’s first official victory before a reporter from the Chicago Voice interrupts for an interview. Dinsdale Peckerwood asks several questions looking to paint a more negative picture of the young man. His interview with Malcolm covers numerous things about his past as well as his father’s current status and the reasons he was incarcerated.

Malcolm goes to the prison where Dragon is locked up on death row to catch up with recent events in their lives. Malcolm hopes to find a method of forcing a retrial for Dragon but will require evidence to cast the original conviction in doubt. Dragon then asks how Malcolm’s personal and new professional life is shaping up. He’s told about how Tierra died as a result of them having sex. Malcolm then reluctantly comes clean about the foursome he had with Tierra, Angel and Maxine. This sexual experience seems to have resulted in all three women getting pregnant. Dragon offers up some words of advice and wishes him luck in her new career with the police.

Meanwhile, Maxine undergoes an examination at the hands of Lorella. They discuss Tierra’s death and the fate of her child. Lorella explains that any Chosen One born will survive from the moment of conception and she advises Maxine to have her child early to avoid further danger. Krull had survived despite being removed from his mother’s remains at the moment of conception.

A would-be kidnapper called Rag Doll is easily defeated by Malcolm who then joins his new partner, Frank Darling, in answering another abduction call. They soon catch up with Fountainhead, a villain who has taken two babies and is fleeing across the rooftops. Malcolm quickly intercepts him, retrieving the infants and hurling them to safety. Fountainhead is eager to complete his mission as he was hired to take the kids by someone. Malcolm then manages to electrocute his opponent through his own high-pressured water stream, surprising the hero by surviving the ordeal.

The victims of the kidnapping are revealed to be two of the new Krylan race that Dragon and Lorella have been creating together. Malcolm completes his first shift and heads back to his pregnant fiancée, Maxine. He questions why anyone would want to kidnap Krylan babies as they are not powered like the Chosen Ones would have been.

Maxine talks about her visit with Lorella and it is suspected that Angel’s aborted child will likely have survived along with Tierra’s thanks to their healing factor and that they must still be out there somewhere. Malcolm suspects that the kidnapped kids were targeted by mistake and it was Angel and Tierra’s babies being hunted. Meanwhile, Dart had been the one who had ordered the babies to be hunted. She has killed Flatline already and when Jolt delivers more bad news, she too is executed for their failures…