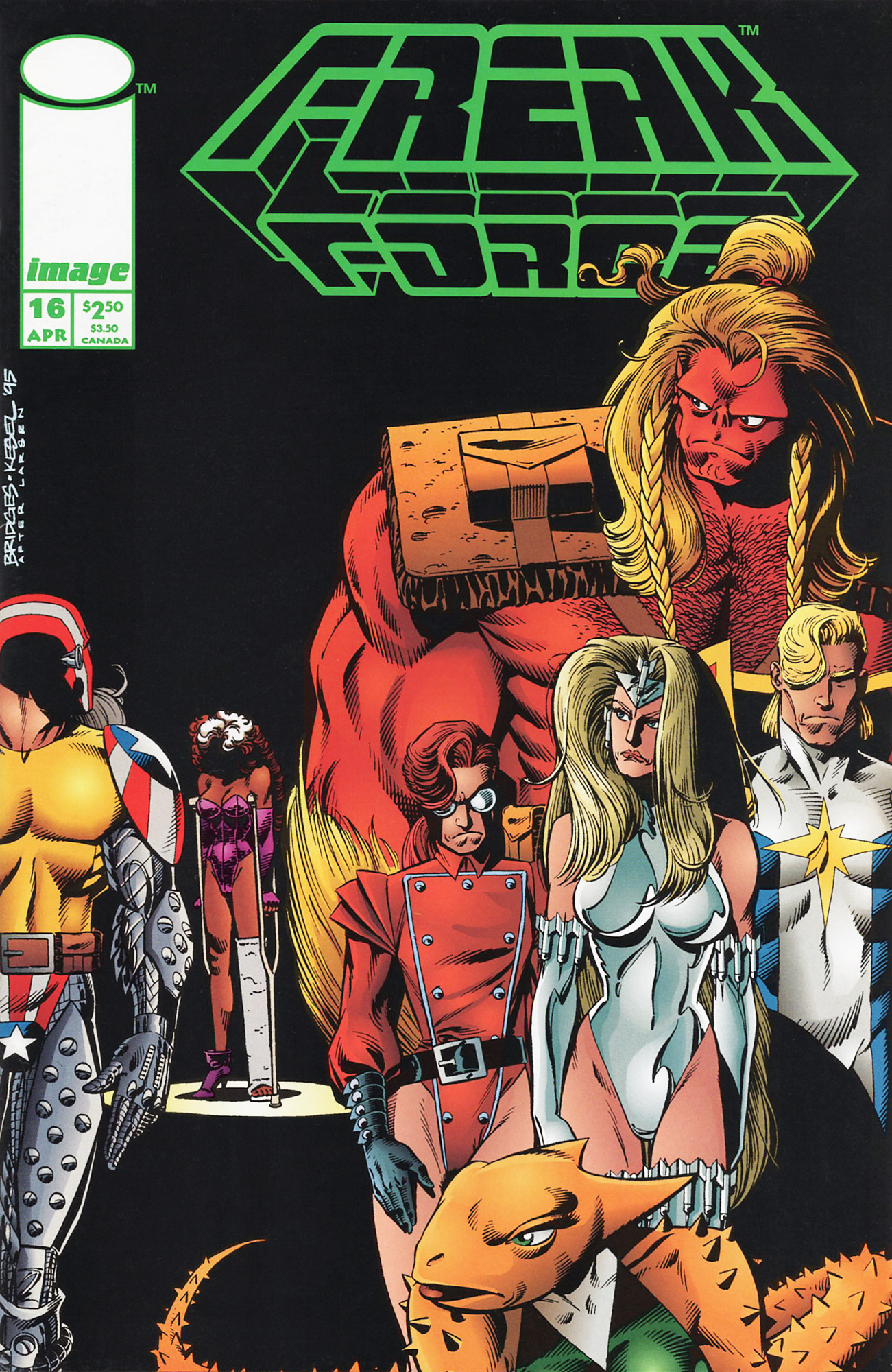 Chelsea Nirvana and the Inhabiter infiltrate the penthouse apartment of Johnny Redbeard where they confront the man who is capable of giving anybody superhuman abilities. The Inhabiter instructs him to share his gift with Chelsea. This demand is refused but the Inhabiter takes control of Redbeard’s body and forces him to pass on his abilities before he is crushed to death by his own clothes. The villains then go through Redbeard’s computer files and confirm that he has created super-freaks for the Mutate Manpower Management Service, a slave camp that had imprisoned the Inhabiter.

Over at Hillman Hospital, the doctor taking care of Mighty Man reports that there has been no improvement in his condition. Rapture wonders if perhaps this is Mighty Man’s way of healing before she joins SuperPatriot in taking Barbaric away from Ricochet’s bedside. They head back home where Horridus notices that someone is in the “Freak Factor” building across from their own. Barbaric goes to speak with these rival bounty hunters but recognizes the people inside. He is dragged inside the building and the door is slammed closed behind him.

The captive Dart and Phyllis Deeder are visited in their basement prison by Chelsea to show off her new abilities and her altered appearance. She then looks through Dr. Nirvana’s contacts book for an entry for the Henchmen. These former allies of her comatose father are brought over to her home where they are given their own superhuman powers. The Henchmen are then led down into the basement so that they can try out their new abilities by tormenting the two prisoners there.

Ricochet remains comatose in Hillman Hospital where the Inhabiter announces that he would never kill a defenceless child. He has been practising with his powers for the past few weeks and can manipulate living atoms as well as inanimate objects. Ricochet’s wounds are all healed by the Inhabiter’s touch and she awakens almost instantly. She recognizes the Inhabiter and is overcome with joy at the sight of a friend she thought had long-dead.

The Inhabiter had escaped from the M.M.M.S. alongside Barbaric and Ricochet but he was shot by guards during the escape attempt. He resents that his supposed friends never checked his pulse and abandoned him to be recaptured, leaving him to be tortured as punishment. The Inhabiter eventually escaped on his own and vowed revenge upon his former friends. Ricochet apologizes but realizes that it was the Inhabiter who had attacked her when she was in the mayor’s office a few months ago.

SuperPatriot notes that he cannot lead Freak Force as there does not seem to be a team for him to lead left. Barbaric has apparently defected to a rival organization, Ricochet has gone missing from hospital, Mighty Man remains comatose and Dart has quit. He announces that the team is over and departs, upsetting Rapture who takes Horridus to live with her. She goes to see Dragon and they discuss the dissolution of her team. Freak Force’s disbanding is reported by the Chicago Voice which upsets Chelsea at it is robbing her of her revenge. The Inhabiter returns home and declares that they really need to talk about their plans…