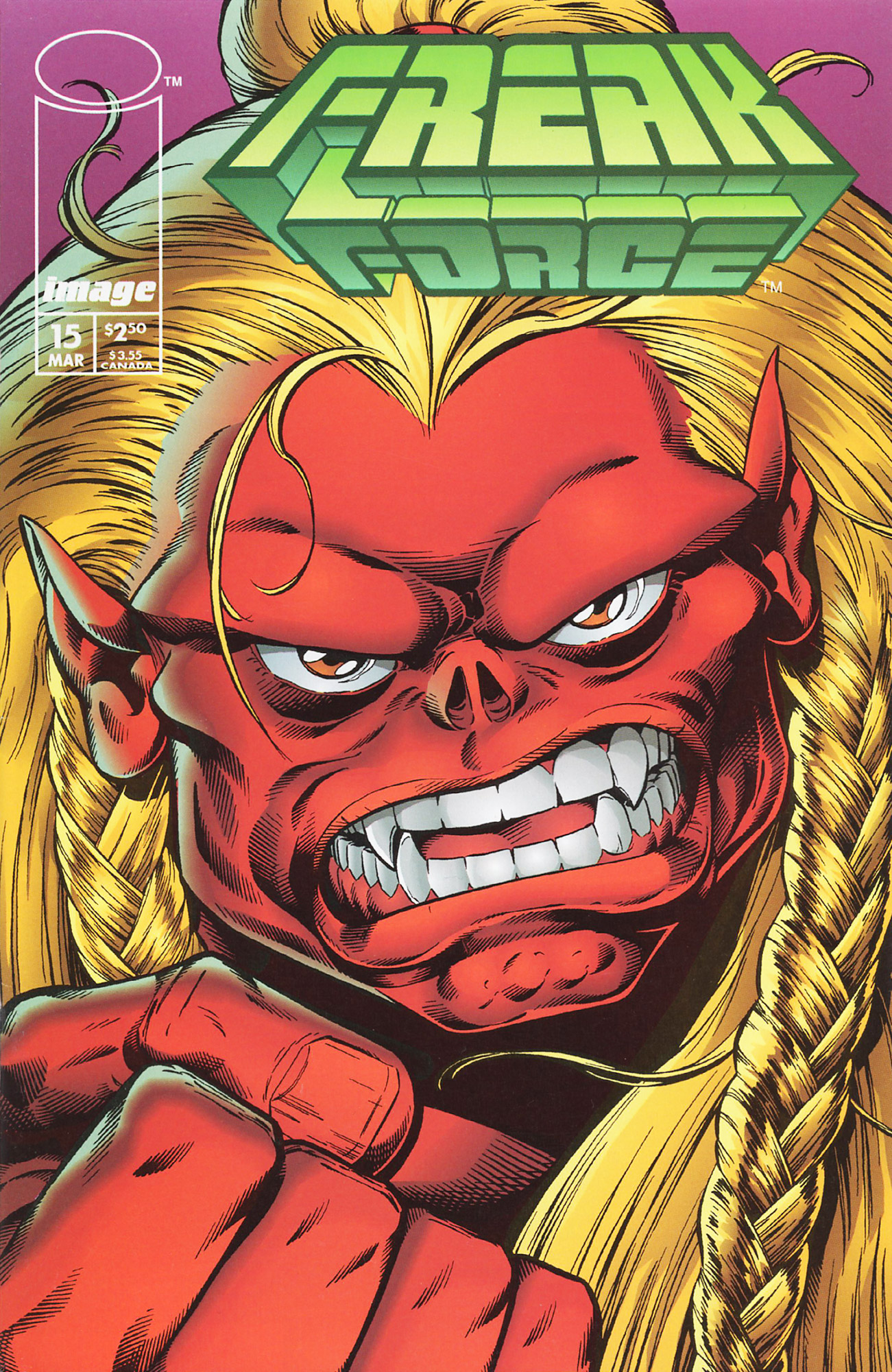 SuperPatriot speaks with a doctor at Hillman Hospital about the state of his teammates’ health and is informed that some complications have arisen regarding Ricochet. It seems that her blood transforms into bouncing balls upon exposure to oxygen which is hindering her treatment due to a lack of a blood type to use for transfusions. Mighty Man remains in a comatose state but due to his invulnerable nature they cannot determine the extent of his injuries.

The badly wounded Ricochet remains unconscious and Barbaric maintains a constant vigil over her until his despair turns to anger. He vows revenge upon Bludgeon and leaps out of the hospital to confront the villain. Rapture comments that he will likely get himself killed which upsets Horridus and she races off after Barbaric. She remains with Mighty Man as SuperPatriot heads off to recruit some allies in their war against Bludgeon.

Bludgeon is attacked by the Chicago Police Department but merely walks through their bullets before declaring that everybody in the city must leave. He claims Chicago for his own use and will kill anybody that remains behind. The rampaging villain hears a growl behind him and turns to face Barbaric charging him down. He savagely beats down Bludgeon but his blows do no damage and he is beaten down into the ground as Horridus watches on helplessly. The Maxx emerges from an alleyway and startles Horridus who proceeds to pummel him with her tail.

Before any permanent can be done to Barbaric, Vanguard swoops down from the sky and picks up Bludgeon. He is unable to deliver a blow though as Bludgeon throws him back down to the ground and although this means that he plummets to the floor too, he rises from the resulting crater unharmed. The Deadly Duo join the fray alongside SuperPatriot but it soon becomes clear that they can do nothing to harm Bludgeon as he walks through their assaults.

After growing tired of this pointless battle, Bludgeon elects to kill Barbaric as an example to prove that he means his threats to kill anyone that crosses him. Rapture arrives with a carefully selected ally whose appearance simply causes Bludgeon to laugh. Unfortunately for him, this new arrival is Joey Finkleberry and his strength is greater than even him. Joey strikes at the head of Bludgeon which decapitates him and ends his threat finally. Joey is thanked by Rapture for his help but he is simply happy to pay back some of the debt he owed Freak Force for their previous clash.

In the aftermath of this epic battle, the media attempt to get an interview with SuperPatriot but he has no comment for them. Chelsea Nirvana watches the news and is relieved that Freak Force survived their encounter with Bludgeon as she had feared that he would rob her of her victory over them. The Inhabiter points out that this affair has been to their advantage as Freak Force are now in disarray. It is now finally time for the pair of them to achieve their goals and kill the heroes…