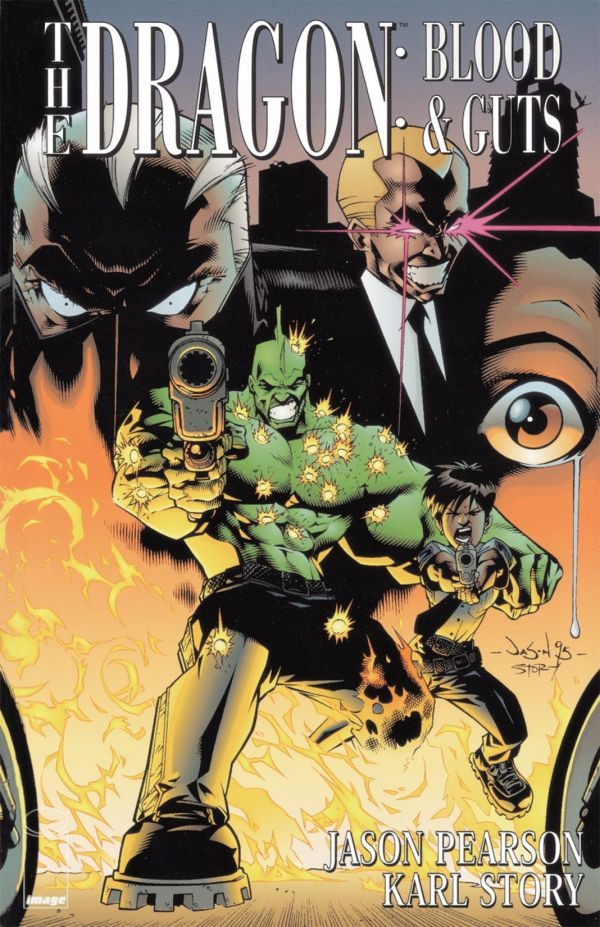 A high profile investigation begins in Chicago where a plan to bring down a notorious superpowered assassin known as Grip begins. A vital testimony from his long-suffering wife is required but in order for her to appear before the court, Alicia Cordova needs protection from her husband.

Agent Sheridan of the FBI arrives at the headquarters of the Chicago Police Department and demands that the freak officer, Dragon, is brought in as bodyguard to the marked woman. The wanted hero is currently on a week’s vacation after having threatened to quit, in light of his girlfriend’s recent murder in his apartment.

It takes desperate measures on the part of Alex Wilde to bring her partner out of a drunken state, dropping a vat of steaming hot grease on his head while in a diner. Dragon is enraged that he cannot even mourn in peace and storms into the police station where he ignores the orders of his superiors, as well as Alicia Cordova’s pleas, and hands in his resignation.

The superhuman storms out of the building where Chief Wisenberg tells him that his now partnerless friend has agreed to help the threatened woman, as she used to go to school with her. Alex Wilde’s life is now in as much danger as her old friend’s…

In a nearby church, Grip gathers his henchmen together and prepares them for a hit on the police escort that is transporting his estranged wife…

Dragon catches up with the police escort and reluctantly agrees to help them out in order to keep his partner alive in case of an assault. Once such attack does indeed occur as Grip sends his henchmen on a merciless mission. They murder every member of the escort until they are in turn eliminated by the hero. Alex Wilde and her partner are then beaten into unconsciousness by the assassin, their charge having apparently been murdered.

A few hours later, new information is uncovered about the case. Alicia Cordova has recently been diagnosed as pregnant, meaning her husband is highly unlikely to destroy his unborn son along with his wife.

A search is begun to discover where Grip has fled to, as he had mentioned something about a headquarters while defeating them both. The two police officers begin driving around the city of Chicago looking for ’Tadoberch’…

Grip recovers back in his church base, having his shot out eye treated while shouting at his estranged wife for daring to flee him and threaten his freedom by agreeing to give evidence against him in trial. The hired killer is then confronted by his employer, the federal operative, Agent Sheridan…

The two police officers realize that ’Tadoberch’ really means ’to the church’ and it was Dragon’s serious injuries at the hands of his foe that caused his hearing to play up. They quickly burst into a church which was locked up despite having been marked for homeless people to use in light of the recent rain storms. Only bodies are discovered but a limousine is seen driving away from the scene and the couple follow it.

Agent Sheridan reveals that he has mental powers that are to be employed to eliminate Grip if he fails to murder his own wife. Her testimony will reveal her husband’s past missions for the government which involves the deaths of numerous foreign officials.

The car is rammed off the road and into a gas station where a fight breaks out between the assassin and the Dragon. An overturned gas pump is ignited by Grip’s deadly touch and the resulting explosion kills the villain. Before he dies, the killer assures his wife that he could never have actually brought himself to harm her. Agent Sheridan uses the situation to flee and ensure that the government’s presence is not uncovered in all of these shady dealings.