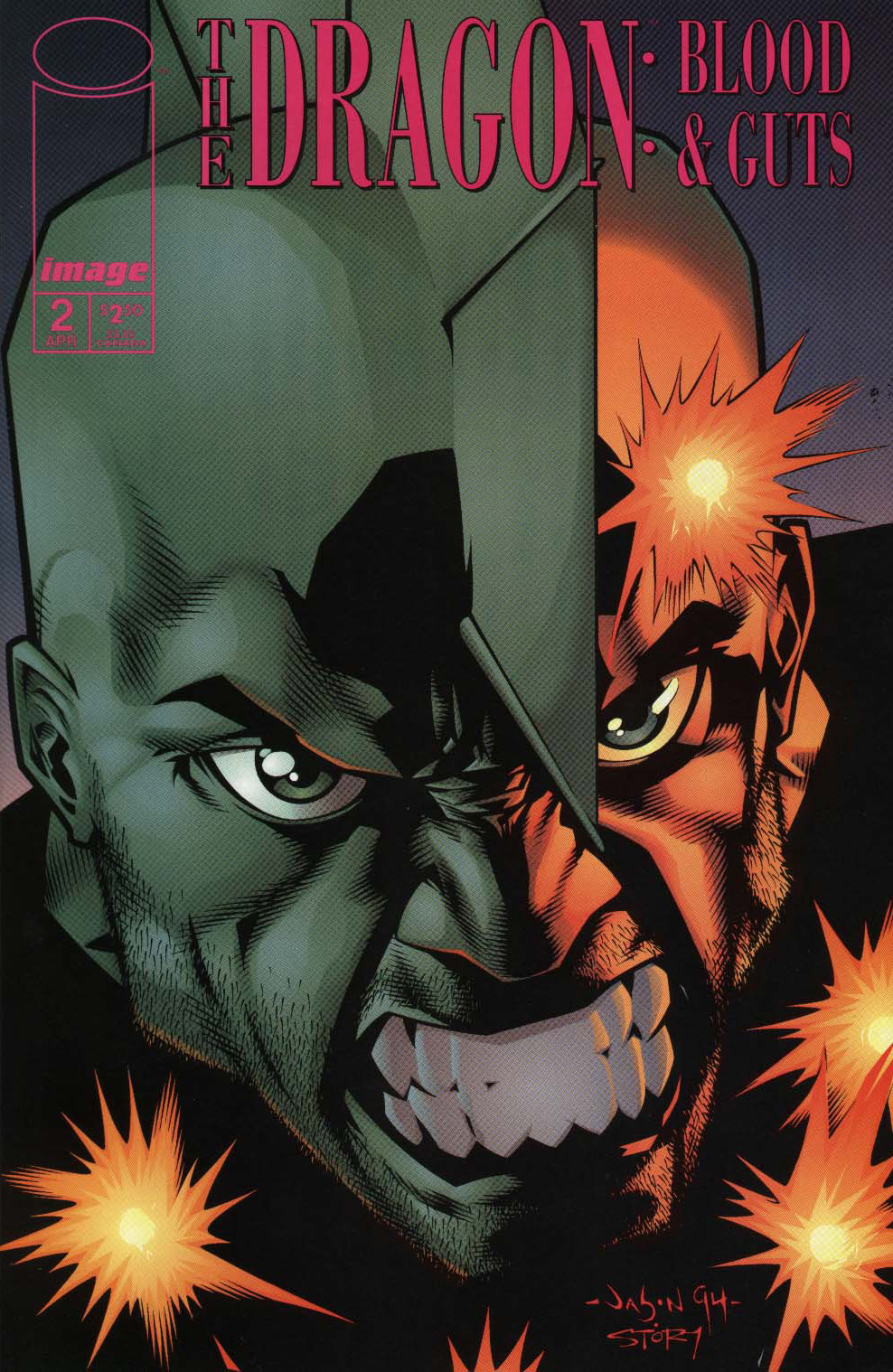 Alex Wilde sits in the back of a police transport vehicle with Agent Sheridan and several officers, all dedicated to protecting Alicia Cordova. The van is stopped and Alex begins to worry what is happening but Dragon boards the vessel after realizing that Thomas Riley was an imposter. He announces that their route has been compromised and that he has changed their travel path. Agent Sheridan is furious that his authority has been overruled but Dragon ignores his words.

The attacking pattern of Grip and his men is then detailed by Dragon who states that the villain’s victims had usually been concerned by what was following them rather than what is in front. The Dogs come riding motorcycles towards the police van and one of them leaps aboard it. Another opens fire to kill the driver and causes a crash. The Dogs gun down the officers but Dragon shields Alex and Alicia before returning fire and killing all but one of their assailants.

Dragon checks on the condition of his companions but suddenly comes under attack as Grip joins the fray by punching him to the ground. The villain goes to use his explosive touch on Dragon and Alex tries to save him but gets shot by the remaining Dog. This allows Grip to grab his opponent’s head and unleash his power. He is disappointed that this does not kill Dragon but turns his attention to his estranged wife. As Grip moves to blow up Alicia’s head, she grabs and fires a gun that takes out one of his eyes. Alex witnesses this event before passing out from her would, thinking her friend to be killed.

In the aftermath, Chief Wisenberg removes Dragon from the case due to pressure put on him by his superiors due to Agent Sheridan’s protests. This makes Dragon suspicious that something more complicated is unfolding and is not prepared to give up on the case. Alex mourns her friend’s death and heads off to get drunk. Dragon soon comes to find her and reveals that the file on Grip has turned up new information regarding Alicia. She is pregnant with Grip’s son and he likely did not kill Alicia meaning that she is alive and in his custody.

Dragon and Alex set off to try and locate the missing Alicia, working on a clue provided by a word mentioned by Grip before Alex passed out. Grip treats his eye wound and laments having to keep his wife alive. He and his remaining henchman are then approached by their secret ally who is revealed to be none other than Agent Sheridan…