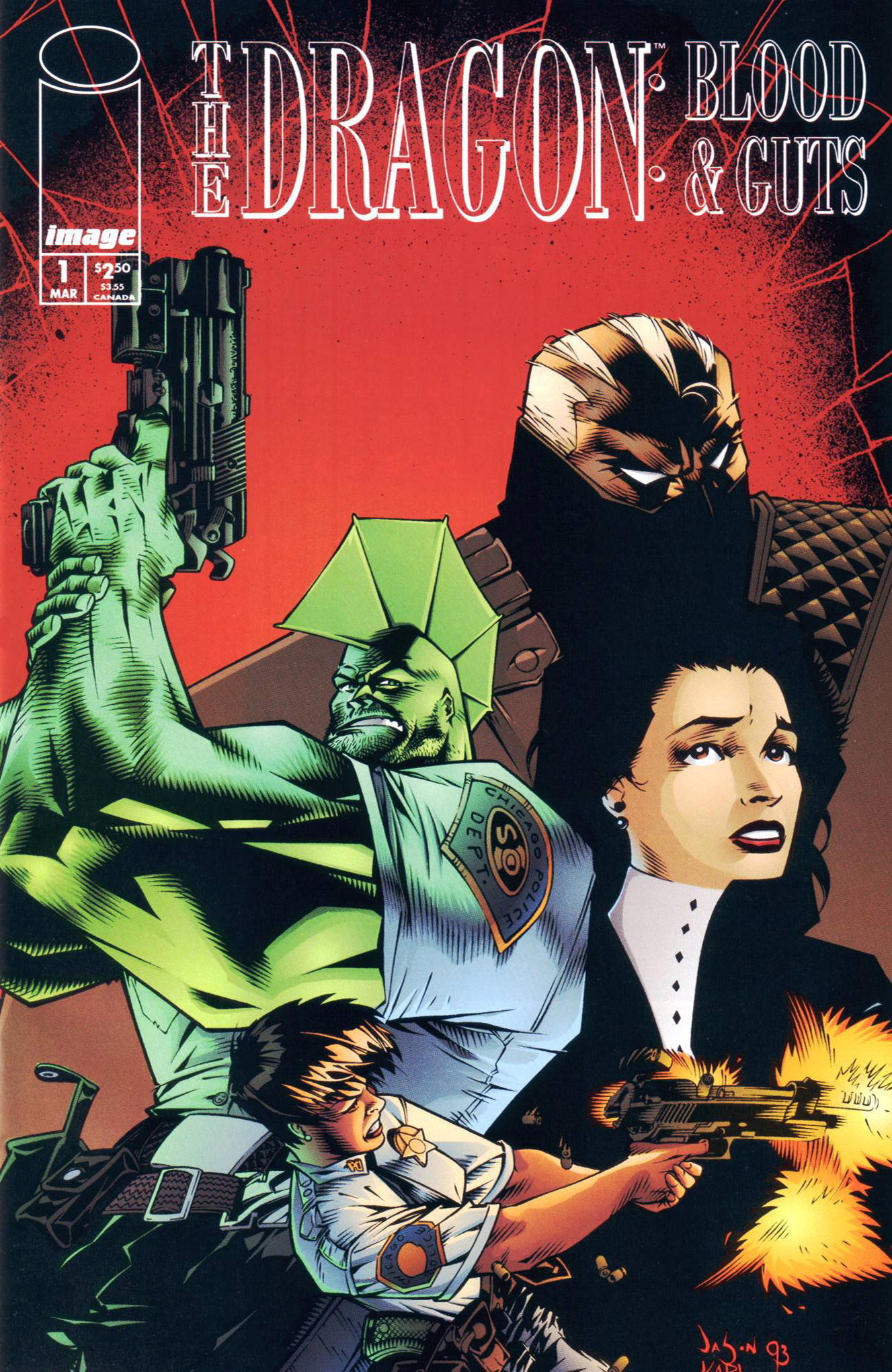 Roxanne Wells reports on a story in Chicago regarding the estranged wife of a wanted murderer agreeing to testify against her husband. Alicia Cordova is going to be transported across the city and requires protection from her super-powered husband, Grip. Agent Sheridan of the F.B.I. informs the police chief that Alicia has requested Dragon to provide her with protection. Chief Wisenberg reveals that Dragon is on paid leave after the recent death of his girlfriend.

At a local bar, Dragon talks about a recurring nightmare he is experiencing which features Debbie Harris seeking revenge on him for allowing her to be killed. She ends up dragging him down to Hell to pay for his sins, making him feel enough more guilty about her death. Alex Wilde does her best to cheer up her friend but cannot make him see sense that he is not responsible. Dragon’s refusal to accept this fact infuriates Alex but she vows to stand by him regardless.

Grip and his henchmen have taken up residence in a church that homeless people had used as shelter. He has murdered each of these people and when a prostitute he had hired refuses to sleep with him in such conditions, Grip uses his abilities to blow up first her hand and then her head. The Dogs report that one of their own, Snoopi, has killed a reporter named Thomas Riley and taken his place. It should not be long before they have the location of Alicia and can eliminate her.

In an effort to wake Dragon out of a drunken stupor, Alex drops a vat of burning hot grease all over him which succeeds in both waking him up and annoying him. Dragon is informed about the request to play bodyguard to a witness and heads into the Chicago Police Department to tender his resignation. He is briefly questioned by the reporter Thomas Riley and that name registers with him. Dragon refuses to take orders from Agent Sheridan regarding the protection assignment and quits.

Alex recognizes the witness as an old friend and volunteers to accompany Alicia when she is transported across the city. Chief Wisenberg passes this development onto Dragon who finally recalls that a recently killed reporter was named Riley and he realizes that the transport route may have been compromised. The Dogs inform their leader that Dragon has quit the police force and will not be there to stop them, pleasing Grip as he leads his men to kill his wife…