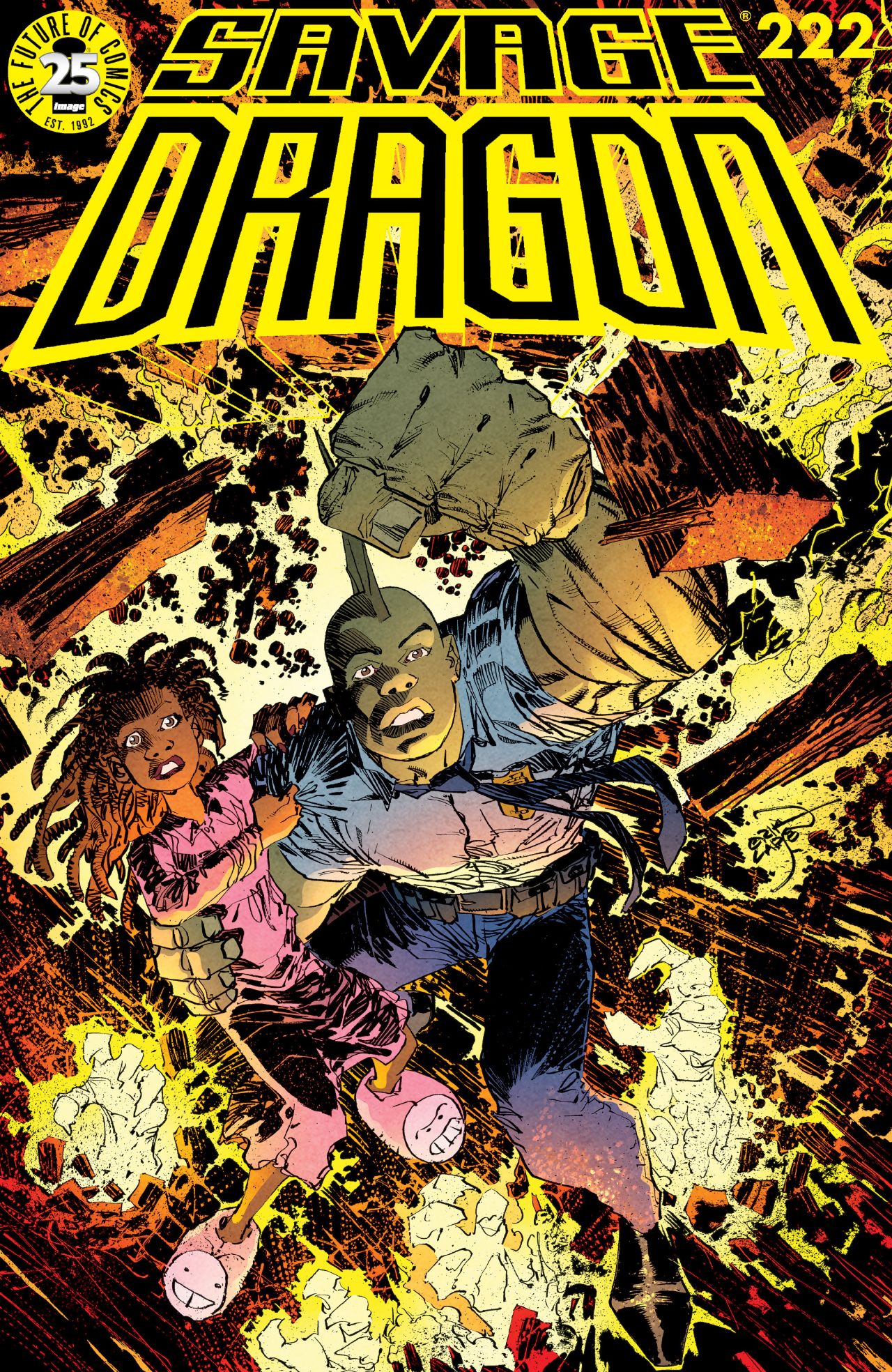 Torment is locked up within Stronghold Penitentiary where Malcolm Dragon notes how the villain’s evil side had grown back when he previously destroyed it during their last clash. Captain Stewart wonders where Torment came from and Malcolm reveals that he hails from the underground region where numerous races are in constant conflict over land. He suspects that it is an inevitability that his war will ultimately lead to a full-scale invasion of the surface world by the various subterranean races.

The recently returned Angel and Jennifer Murphy talk about all of the great many things that have taken place over the seventeen years that Jennifer spent frozen. It is explained that Dragon married an alternate version of Jennifer who later died. As it was only a short period of time from Jennifer’s perspective since she last saw Dragon, all of her feelings for him remain. Angel advises her mother to see Dragon so that they can see where they stand with one another.

Dragon and Alex Wilde sleep together before it becomes obvious that something is on Dragon’s mind and he reveals how the original Jennifer has been revealed to have survived. Alex is annoyed that she seems to once again be losing out on Dragon to Jennifer but she is assured that that is not necessarily the case. Dragon just needs to talk with Jennifer and then they can hopefully all move on with their lives.

Somewhere in the Danger Zone, a man possessed by some malevolent entity breaks down the bedroom door of his daughter and attempts to rape her. The terrified girls fends off her attacking father before the stress of the situation causes her to manifest previously unrevealed mutant electrical abilities that fry her father to a crisp. This death causes the entity possessing the deceased to leave the body as a fire breaks out throughout the building.

Meanwhile, Malcolm leads a group of firefighters into the blazing building where the hero finds himself attacked by a group of fire demons. These Fire-Lords keep Malcolm occupied until he is joined by the mutant girl in fending them off. The pair finally defeats the Fire-Lords who are taken into custody where it discovered that they use human hosts to live in and had tried to target the girl whose name is revealed to be Marsha Bradly. Malcolm discovers that the girl’s mother was actually Rapture and is actually his half-sister. He offers to set Marsha up with some friends of his who can help her learn how to use her powers safely.

Dragon goes to meet up with Jennifer and he feels awkward over the fact that he had married another version of her when he believed that she was dead. Jennifer does not mind that Dragon is now literally twice her age and is quite willing to still get married to him, just as she would have done had she not lost nearly two decades in suspended animation. Malcolm returns home to find Maxine passed out from drinking a lot of wine but she wakes up and starts to give Malcolm a blowjob. Angel is still in the room at that point and excuses herself before leaving.