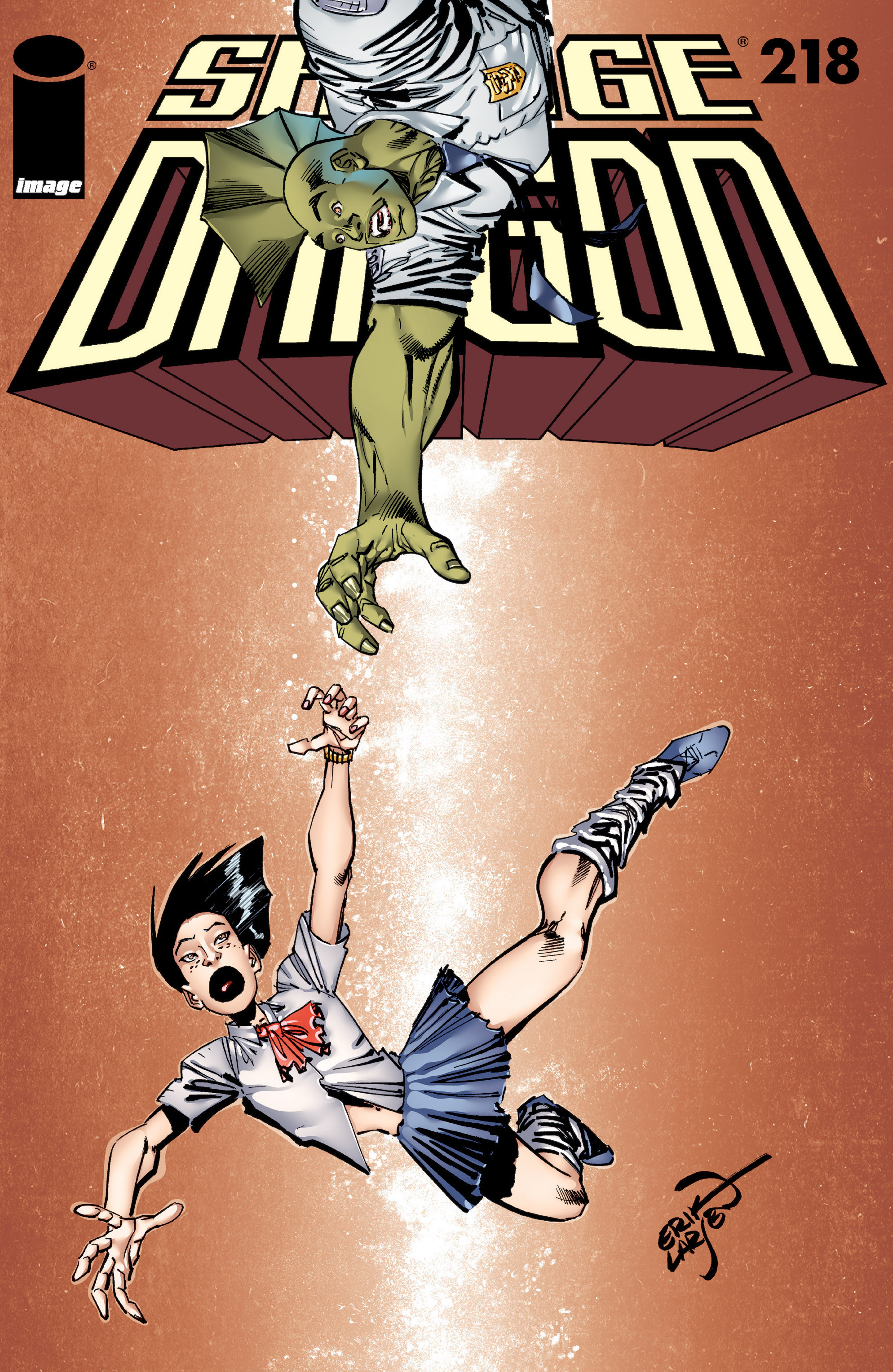 Malcolm and Maxine are in bed together but before they can start to fool around they are interrupted by Amy. Maxine suggests they still have sex as their daughter is only 13 months old at this point and will not remember what she would see. The phone then rings and Maxine’s mother calls to give her some devastating news that her father is dying of cancer. The young couple go over to visit Maxine’s parents where Mei Ling reveals that Richard is suffering from a huge tumor brought on by lung cancer. Maxine is confident that Malcolm can use his superhero contacts to locate a cure for her father and promises that they will save his life.

Angel Murphy is consulted and she suggests that Malcolm’s blood be the first thing they explore by using it to cure the cancer before using Freak Out to restore Richard to a normal human. This seems unlikely to Malcolm but he promises to speak to Dragon to seek his opinion. Dragon thinks that the cancer may simply return with the use of Freak Out and is concerned by any attempt to pass on the blood of the Chosen One as that usually ends in death. He points him in the direction of Amy Belcher, the former She-Dragon. Malcolm and Dragon then discuss the failure to get an appeal against Dragon’s conviction as well as the impending trial of Mister Glum.

The long-since retired Amy Belcher is quizzed at the precinct about her own transformation from a deathly ill woman into a super-freak. She is not sure if it was the Creator’s powers of the contaminated water of the Danger Zone or a combination of the two that resulted in her being healthy once she was restored to an ordinary human. That seems to be a dead end though as the Creator is dead and the toxic water sometimes resulted in death too so is hardly a safe route to take.

Maxine is visited by her landlord Craig Gotsill who holds up baby Amy as he talks but the infant suddenly tears off his right arm. Sometime later, Richard visits and picks up Amy, much to the horror of Maxine. She worries her father would suffer a similar fate to Craig but the girl is completely harmless to her family.

After several years of not growing any older, PJ announces that he would like to be cured of his immortal blood and become a normal youngster. Maxine and Angel fail to see why anyone would want to age but PJ is frustrated that he has not been able to grow up like all of his friends. Malcolm queries Larry Bradford about the properties of the blood but is told that the blood will simple retard the ageing process, not combat any injuries or diseases.

It is suggested that Malcolm interrogate the Vicious Circle about how they used Dragon’s blood but Flesh-Blight can offer up no real answers. The Freak Out that diluted the blood negated the healing properties of the blood so that would not cure cancer either. Malcolm then consults scientists at Bellco Chemicals but they cannot offer up any firm answers either as to the blood curing cancer without then causing the user to explode.

Malcolm and Maxine enjoy watching the Cubs finally win the World Series but their celebrations do not last long. Maxine receives a phone call to inform her that her father has passed away and that there was nothing anybody could have done. Maxine is angry and upset about it and Malcolm does his best to comfort his distraught wife. Following the funeral, Malcolm and Maxine settle down to watch the results of the Presidential Election

and are horrified to discover that Donald Trump has inexplicably won…

TALES OF THE SIBERIAN SNOWTROOPERS