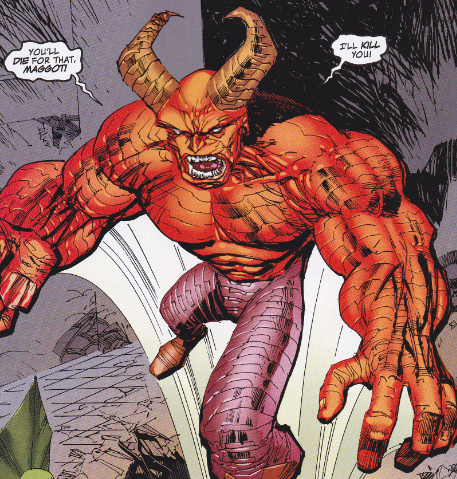 Devil Ray is a member of the underground race called the Demonoids. He kidnaps humans to feed to his wife and kids, which leads him into a fight with Malcolm. The fight doesn’t go well for him as his head is squashed after being punched repeatedly by Malcolm.