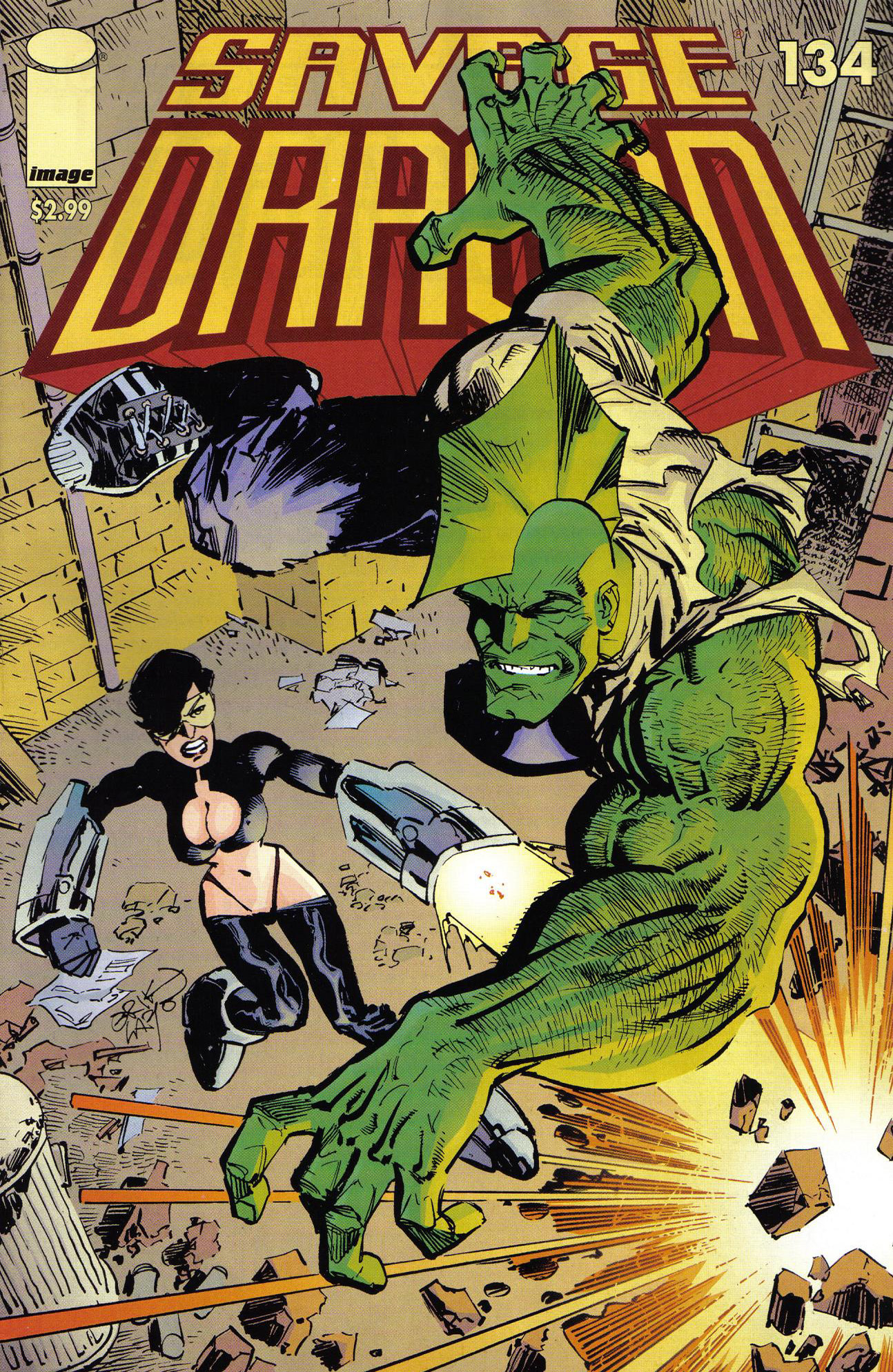 Dragon arrives in New Port City in search of Bomb Queen and enters into a bank that is currently being robbed. The staff and customers at the bank have all been slaughtered by the villainess who is not the real Bomb Queen at all but rather the super-freak that once went by the name of the Deadly Duo. Dragon confronts the woman about the deaths she has caused and discusses her victims, pointing out that she has ruined numerous lives just because she was too lazy to get a job and earn her own money.

After Dragon has finished detailing all of the many horrible things that this would-be Bomb Queen has done, the villainess agrees to surrender to the authorities. As she is being led away by the police, the real Bomb Queen arrives to eliminate the woman who has dared to steal her name. The women fight one another with their explosives and Dragon does his best to contain the violence. He grows impatient by the unwillingness of the two combatants and moves to resolve the conflict.

The fake Bomb Queen has her breast harness punched which causes the explosives within to detonate, removing her from the fight. The authorities finally get to take the super-freak away and the officers present ask Dragon for his autograph. The hero is warned of something incoming and Dragon turns to knock the item away. Unfortunately for him, Dragon is struck by an explosive from Bomb Queen which blows away most of his arm. He punches Bomb Queen with the destroyed limb before assuring her that he will be leaving her city soon. Dragon simply wishes to gain Bomb Queen’s permission to speak with a woman who was given powers by the man known as the Ancient One. This request is granted but Dragon is warned to leave before sundown or face serious consequences.

Angel Dragon struggles with her school work after having missed several years due to being lost in Dimension-X. She grows frustrated and wonders why she even needs to get a good education as she wants to fight crime for a living. Alex Wilde points out that Angel still needs to be able to function in society and convinces the youngster to sit down and continue her studies.

The incarcerated Dark Dragon is enraged that he remains locked away in Stronghold Penitentiary and demands to be released. He has been befriended by a man who claims that he can get him freed from prison but it will take some time. This figure promises to help see Dragon destroyed but asks for patience as Dark Dragon’s case must be fought and his name cleared.

Rapture is attacked by the super-freak Johnny Nitro who is going to sexually assault the terrified woman. Before the villain can carry out his vile attack, he is suddenly incinerated by Solar Man’s heat vision as the hero floats above. Rapture thanks the death-dealing superhero for saving her but Solar Man merely recites the name of Bryan Louis Leroy Walker. He was murdered by Rapture and she must now pay for her crime, having her head crushed by Solar Man.

At WHAM TV, Sam Haze has finally had enough of having to report that Dragon is a menace to society and quits his position at the station. His employer feels personally insulted by this resignation and Mr. Hatcher vows to see that Sam never works in the media again. Sam claims that he will be content to merely hold on to his morals and principles and walks out on his job.

Dragon sits down to meet a woman given The Gift by the enigmatic Ancient One and asks how he can possibly track down this man. He is informed that the Ancient One cannot be located; he selects people and then offers them his Gift. However, these powers are said to be a curse rather than a boon. This meeting rules out the Ancient One as a possible source of new abilities for his wife. Dragon makes a call to Alex to update her on his quest. She points out that there is a lot that Dragon does not know about Jennifer and he must consider that she is not the person he thought she was. Jennifer seems to only have one friend, Gertie Funt, who is also missing. Nothing is known about her parents, siblings, relatives, any other friends or even where she went to school. Dragon considers all of this and realizes that he needs to think things through a great deal.