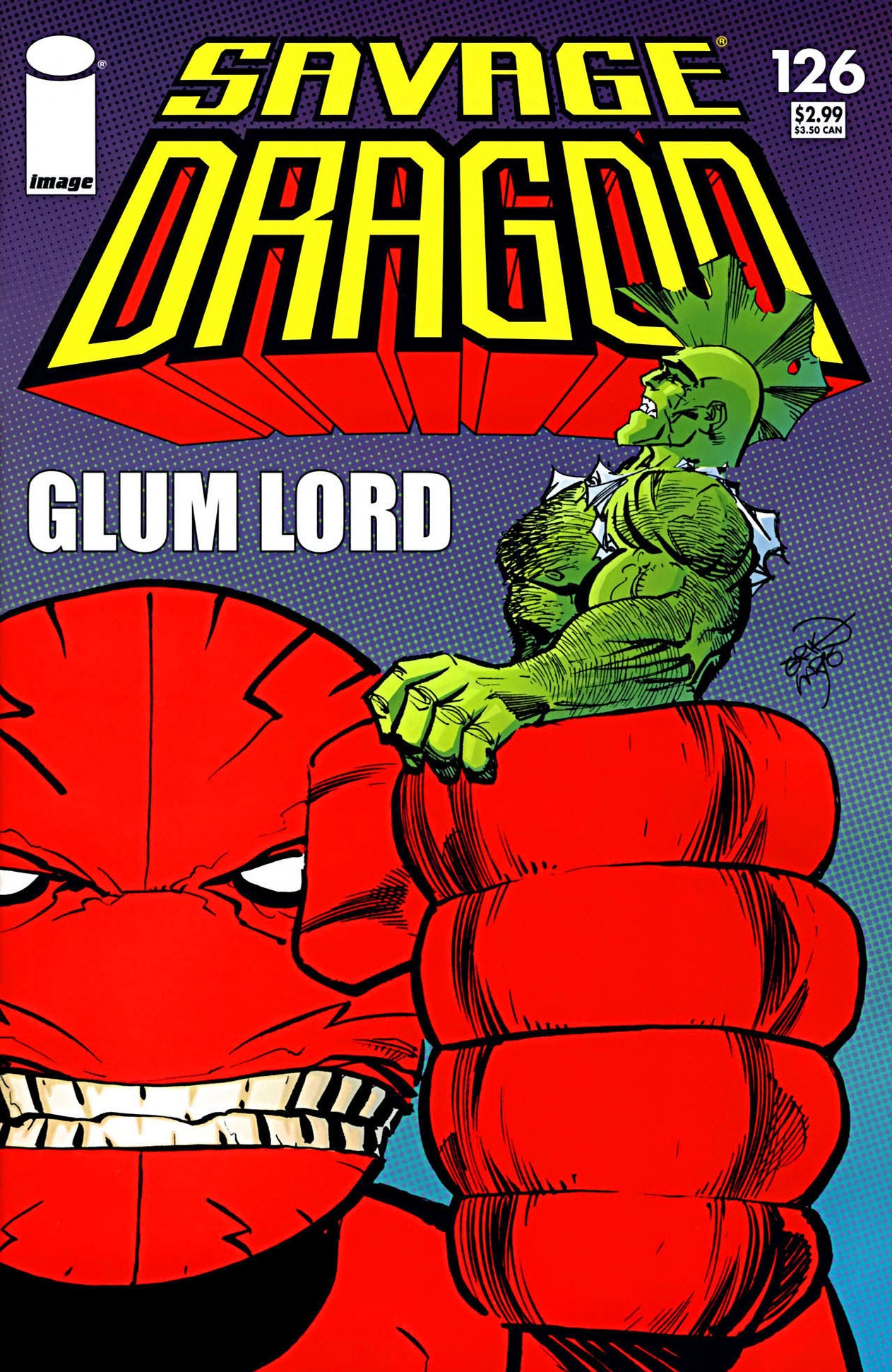 Mister Glum shows off a new battle-suit that he has built for himself, an imposing armor that will give him a form that he deems will garner more respect from his new subjects. Angel questions the need for such a creation as Glum can now command any human to obey his every word. Glum reveals that he had been a giant amongst this people but his diminutive state on Earth makes him feel inferior but the armor will resolve this issue for him.

After having followed Glum and Angel from the Creator’s former hideout, Flash Mercury bursts onto the scene to avenge the death of his employer. He knocks Glum loose from his armor which makes his task seem all the easier. Glum uses his new ability to force Flash to stand perfectly still before entering his armor again and punting his assailant up into the ceiling. During the fight, Flash had mentioned Glum killing the Creator which upsets Angel, leading to her being ordered to forget this fact.

Dragon is visited in Hillman Hospital by Alex Wilde but is forced to leave when Frank Darling announces that Glum has surfaced. She dons her power gloves and races to the scene with a number of superheroes, arriving just in time to witness Glum defeat Star and Red Giant. Angel does not understand why her friend does not just command them to surrender instead of fighting them. Her fondness for the couple as well as her mother is then erased from her mind due to Glum’s words.

The incoming heroes are stopped in their tracks and are each given their own separate tasks to carry out for their new master. Alex gathers up the country’s top scientists so that their intellect can be put to use by Glum. The Kid Avenger starts abducted camera crews so that Glum can make a national television broadcast. Mighty Man had been sent after “Dragon’s blood” but when he arrives at Hillman Hospital, Dr. Plucker leads him to Dragon’s blood supply rather than the hero himself. SuperPatriot approaches the leaders of the military who all pledge their loyalty and weapons to Glum. Kill-Cat is the only one to fail as his mission is to find a pony for Angel but he starts looking in a Laundromat.

Angel joins Glum as he has everyone within earshot to bow down before him. Angel suggests testing the limits of the wish and so Glum delivers several different orders. It is confirmed that he cannot force anyone to do something that is not possible but gives Angel credit for a good idea. At the Rock House Diner, the super-freaks there discuss how they can best help their new master. Glum then appears on every television station possible, declaring that he is going to have the entire human race work together to try and make Earth resemble his face, much as Glum World does already.

Back at Hillman Hospital, Mighty Man injects the comatose Dragon with a unit of his blood from before he was touched by Negate. He is unsure if this will restore Dragon as he had hoped or just kill him outright but the desperate nature of the situation forced his hand. Mighty Man then flies off back to his apartment so that he can become Ann Stevens again and deprive Glum of another super-powered slave. He wishes Dragon to get well soon, a message that is heard by Dragon as he slowly begins to wake up from his comatose state… 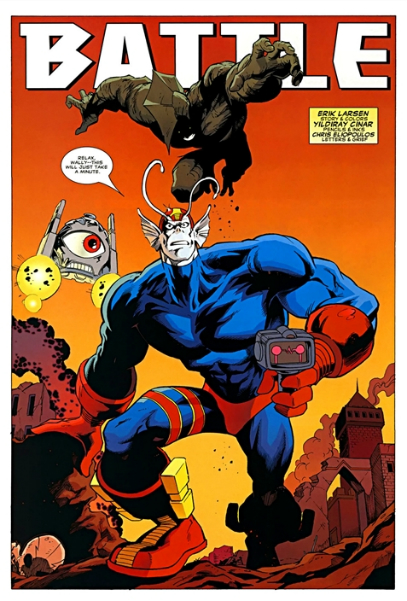 After studying the remains of Dragon’s home, Vanguard has determined that Mister Glum had thrown She-Dragon through the portal into Dimension-X. Using a device created by Rex Dexter to detect specific super-powered genetic signatures, Vanguard has ignored the words of his robotic companion Wally by going in search of the missing heroine. They teleport into Dimension-X and commence their search on Glum World.

Dark Dragon overhears the conversation between the pair and realizes that they are his best bet at getting to Earth so he can extract revenge from Dragon. Wally opens fire on their assailant but is struck by a thrown rock that takes him out of the fight. Vanguard takes over and he soon grows annoyed by how things are unfolding. He had been holding back out of respect for his friendship with Dragon but it is clear that Dark Dragon is a completely different entity, allowing him to cut loose.

The genetic tracker is damaged during the fight and Wally points out that there is really no point in them staying away from their true mission any longer. Dark Dragon attempts one final effort to have the alien duo teleport him away with them but they fend him off and leave. With the tracker left behind and no way to fix it, Vanguard accepts that if She-Dragon is going to be located, it will not be by them.