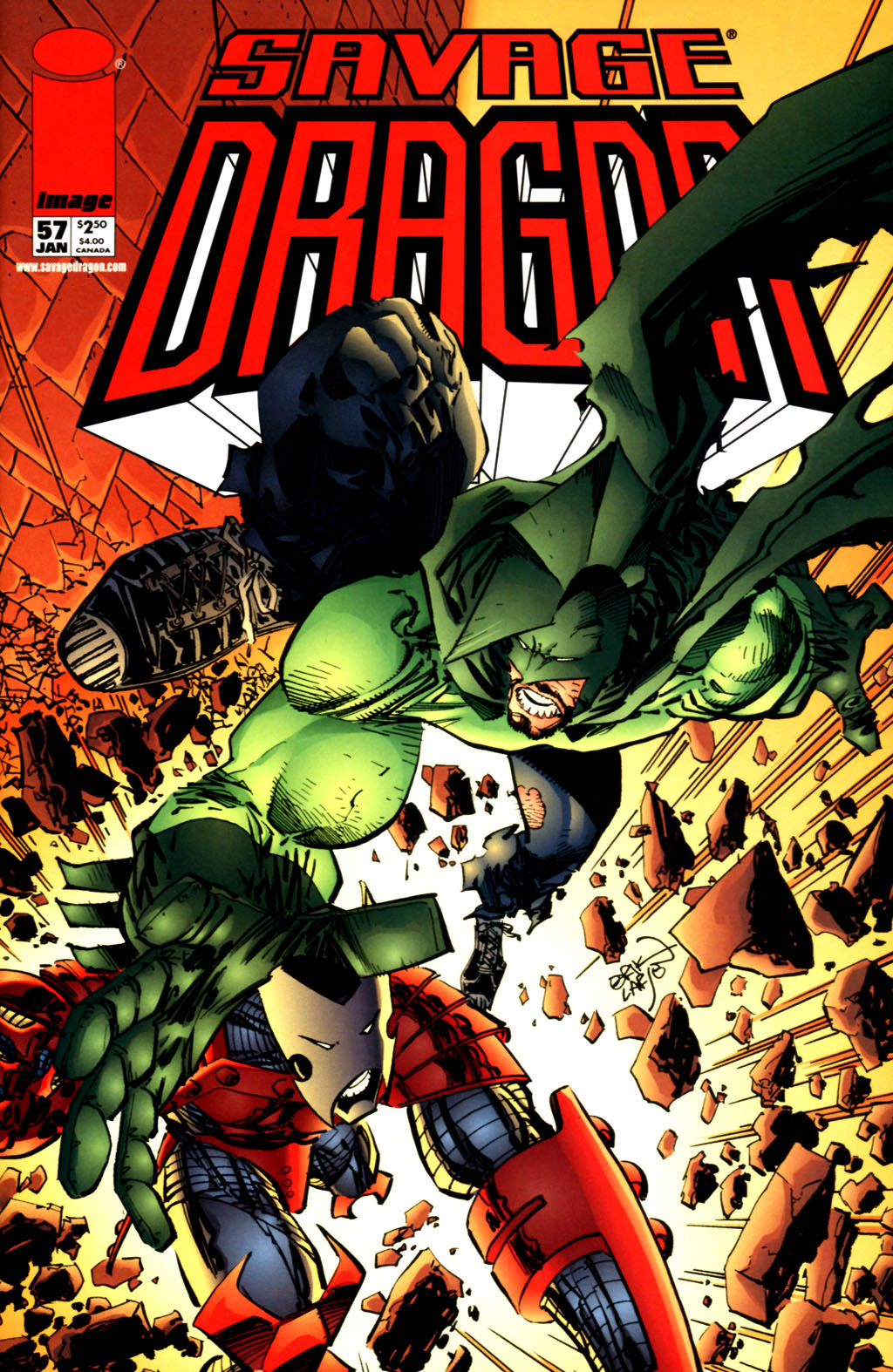 OverLord surprises everyone present in the Lieberheim Embassy when he incinerates Ralph Jonson, removing any suspicions that Ralph had been using the armor. He then welcomes Dragon back from the dead, albeit in a new body. Dragon realises that his old nemesis has similarly returned from the dead and prepares himself for their latest battle. OverLord has no desire to fight him when he remains dressed as William Jonson. He instructs Dragon to leave and don his costume, promising to keep Rita Medermade safe until he returns at which point he will release her.

Dragon emerges to rejoin his old friends from the Chicago Police Department where he explains to Frank Darling how he survived his encounter with Cadaver. William had struck the villain before his dissolving spell could be completed and Dragon ended up trapped within his body. He believes that William is now dead as he has heard nothing from him since Ralph shot him in the head. Dragon changes into his costume before racing back to the embassy.

A villain named Egg-Noggin is defeated by the latest incarnation of the Deadly Duo before Rock approaches them. He declares that the S.O.S. wants Kill-Cat who promptly fires Bubble Boy as his latest partner. As the heroes depart, Stephenson and Hawkins discuss the matter and it is quite clear that Kill-Cat is not really being considered for membership.

Rita is assured by OverLord that no harm shall come to her while she is in his care but she no longer cares, devastated by the apparent death of William Jonson. The wall suddenly cracks open as Dragon reaches inside and pulls Rita to freedom. He then turns his attention to OverLord whose face he cannot make out under the helmet as some modifications have been made.

OverLord claims that as he is legally dead and saved the lives of Dragon and Rita then he has technically committed no crimes. Dragon dismisses this and figures he can always bring him in on possession of stolen property as his armor now belongs to the government. OverLord grows frustrated as his blasts miss their target. Dragon tries to figure out if he is a survivor from Darkworld or if he downloaded his essence into the armor similar to how Dread Knight did it.

The fight rages on and Dragon’s mask is torn off and the sight of William’s face is enough for OverLord to make his final move. He opens fire with a lethal blast but is shocked when its power is greatly reduced and Dragon is relatively unharmed. The hero vows to peel off the armor to learn who is now operating the battle-suit and nothing that OverLord tries can stop his progress. Ultimately, OverLord is left with no choice but to flee and he flies away as fast as possible, leaving Dragon to finally collapse. Rita asks if he can still hear William in his bed but receives bad news just before Dragon passes out.

Smasher and her daughter remain at the cemetery where Dragon’s severed arm had emerged from the ground below. It now attaches itself to a body that is comprised by components of several deceased super-freaks including DarkLord and members of the God Squad. This conglomeration of corpses then announces that he is a reborn version of Cadaver and that he plans to destroy Dragon for good…