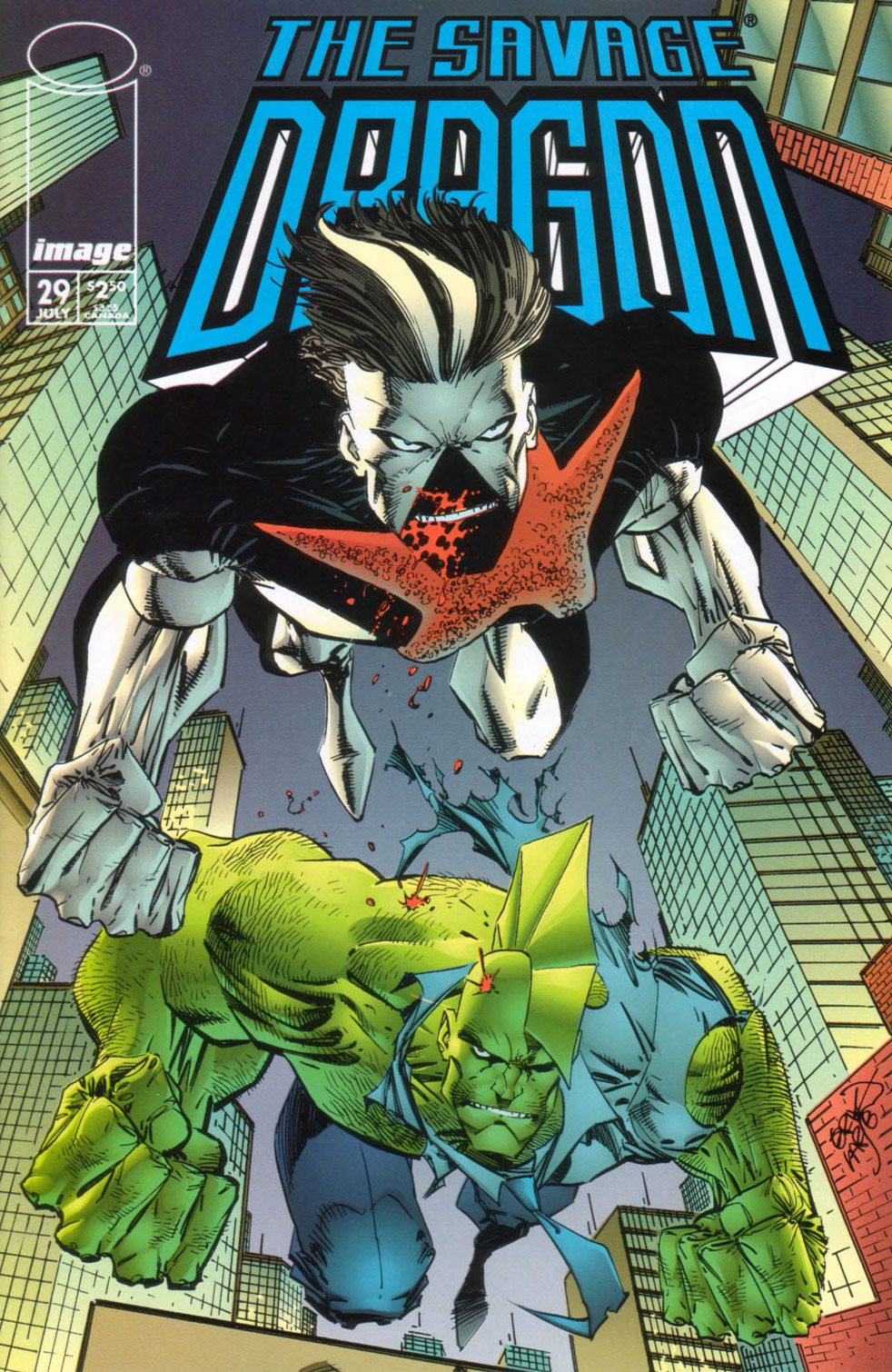 WildStar makes his way through Chicago’s underground with his two travelling companions as they continue their life on the run. He does not understand why they had to move half way around the world on the suggestion of HotWire. The trio find themselves surrounded by the Underground Freaks and when Rock questions why they have entered their territory, WildStar panics and strikes him down. The worried hero then pleads with the Underground Freaks not to kill him.

At the Chicago Police Department, William Jonson questions Dragon about whether Rapture was simply lying about being pregnant. Dragon believes that Rapture may have misled him in the past but has never outright lied to him. Rita Medermade joins the conversation and wonders what Dragon is going to do next and he replies that he is just going to throw himself into his work.

Rapture returns home to be informed by Horridus that Dragon has moved out all of his stuff and left a videotape that will explain it all. She heads to the police precinct where she threatens Ray Wong for the location of Dragon but is informed that he is away on a mission. Ann Stevens stops by the building with news regarding Dragon but as she approaches Rapture her teammate punches her to the ground. Alex Wilde suggests that perhaps Rapture is simply menstruating but Ann says that it is quite the opposite. Rapture and Horridus purchase a cheap VCR and watch the incriminating footage of Rapture with Peter Klaptin, explaining Dragon’s suspicions over her fidelity.

Several police officers investigate the bank robbery that BrainiApe had attempted and find that the witnesses seem confused as to what happened. While some state that PowerHouse arrived to save them all, others claim that he was the one that had been holding them hostage.

Dragon goes on a mission to the underground with his fellow cops to evict the Underground Freaks after Captain Mendosa decided to remove them from their home. Dragon does not agree with this decision as he fears that forcing these super-freaks onto the streets of Chicago will simply give them more threats to deal with. The police arrive at their destination where they apologize for what they must do but the eviction must take place.

Radical refuses to abandon his home and his impulsiveness prompts him to strike out at Dragon, leading to a violent confrontation between the Chicago Police Department and the Underground Freaks. Howard Niseman ruthlessly beats down Oscar into a bloody mess whereas Vic Nixon ignores orders to use stun guns only and uses his firearm to blast WildStar, grazing his skull. HotWire jams the police radio as Bruce Robinson tries to call in reinforcements.

Chris Robinson pulls Alex Wilde to safety as Radical sends Dragon flying through the air with a punch. Dragon recovers and recognizes WildStar as the same teenager that he had witnessed getting hit with an explosion a few years. He tries to remove the starfish from WildStar’s chest as he fears it is eating into his torso but SkyLark warns against taking it off as it is keeping her friend alive.

WildStar finds experiencing a vision of the future once more, this time he is in a war-torn cityscape. He is of an advanced age and as he stumbles through the debris, WildStar finds that he cannot talk to a man he has stumbled towards. As he approaches the figure, WildStar is shocked to come face-to-face with a young man that looks like a relative of Dragon.

The Fiend suddenly bursts down through into the underground and confronts Dragon, incinerating both of his arms. She then punches the hero unconscious and carries him back up through the hole she had made and leaves. Rock had now recovered from his earlier attack by WildStar and suggests to the police force that they depart considering that Dragon was their first line.

In the aftermath of the skirmish, Oscar’s condition after the beating at the hands of Howard is accessed. Rock believes that the only way to save his life is to risk exposing them by heading up to the surface so that they can reach a hospital. WildStar apologizes as he accepts that the whole affair could have been avoided had he not taken down Rock. He then continues on with his fugitive lifestyle, once more accompanied by his two best friends.

Dragon has been chained up by the Fiend as she and her unnamed ally prepare to fulfil their goals. The sorcerer’s spells combined with Fiend’s powers will send Dragon to Hell but the Fiend has made provisions to avoid accidentally sending Dragon to Heaven instead. Dragon is hit by a huge amount of lightning and the Fiend is informed that her hated enemy has moved on…