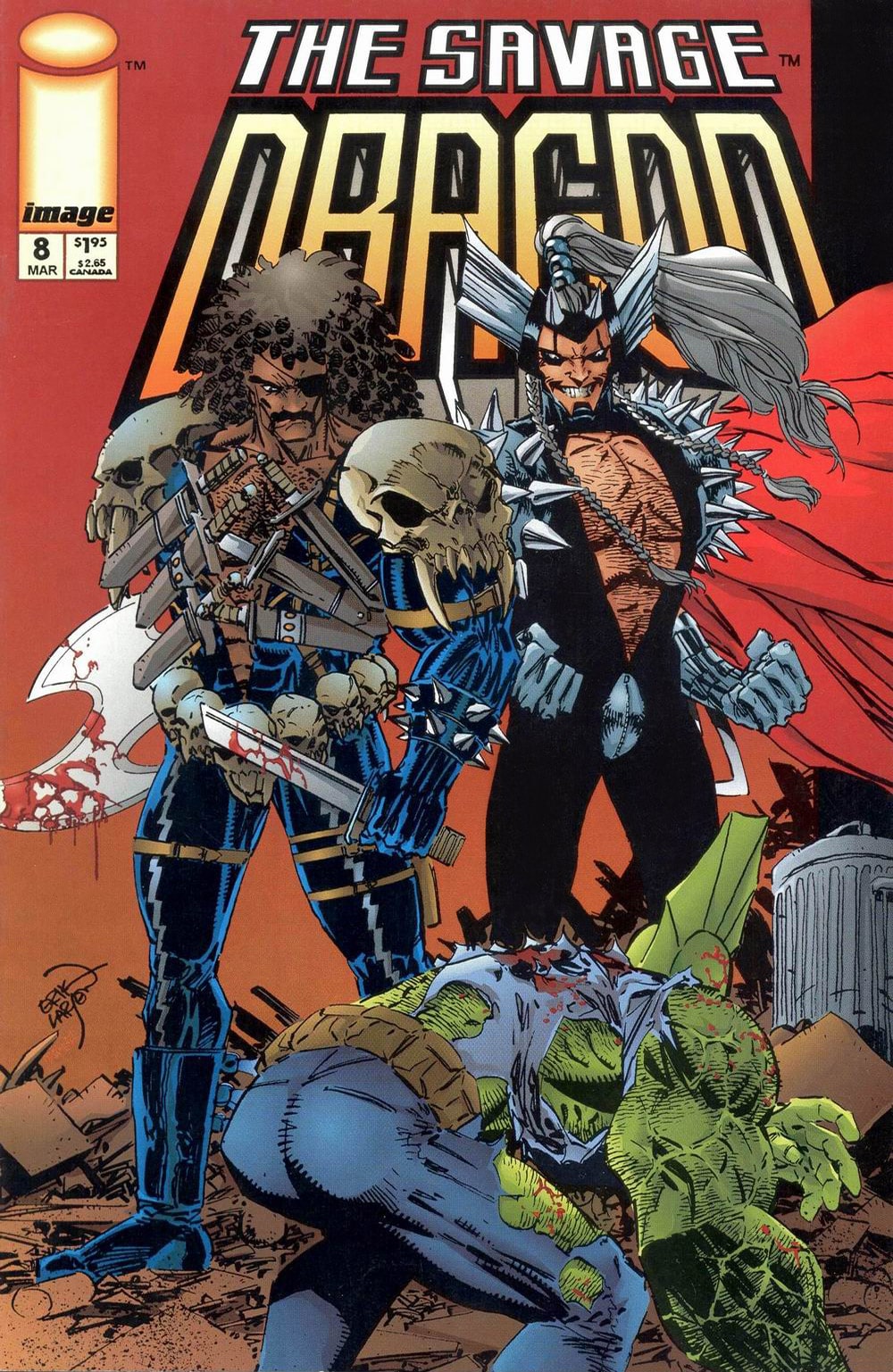 In the midst of a snowstorm, Dragon awakens still impaled upon the church spire and slowly pulls himself up and off of the giant spike. He falls down onto the building’s roof before rolling off to the ground below. Dragon then begins to crawl through an alleyway but ultimately his severe injuries become too much and he passes out in the snow.

An airplane flies through the sky and a member of the flight crew approaches one of the passengers to offer them a drink. This person appears to be Frank Darling despite the man’s apparent death at the hands of OverLord. Frank and Dragon have now been missing for weeks and the Chicago Police Department are concerned about their whereabouts and safety. Darren McCarthy talks to his colleagues about the progress of the weather affected search but prepares his fellow officers that they may have to come to grips with the possibility that they may both be dead.

Sam Haze presents a WHAM TV news report which details the events that have unfolded in the three weeks that Dragon has now been missing. CyberFace’s death means that he can no longer press charges against OverLord and all charges have been dropped against the arch-villain. A vigilante known as Mace has attempted to fill the void left behind by Dragon and has brutally slain three super-freaks. The Chicago Voice’s R. Richard Richards blames Mace’s murderous actions on Dragon’s legacy. Freak Force has been doing their best to help out with the crime-fighting but they are worried about the safety of the missing Dragon.

The Chicago Police Department are rallied by Howard Niseman of all people to step up their search of Dragon, believing that dead or alive he should be brought home. Phil Dirt reveals his crush on Dragon as Rita Medermade’s own affections for the hero are hinted at. She accompanies William Jonson as he hits the streets in search for any sign of Dragon.

Dragon finally awakens from his long slumber and realises that he is lying at the feet of two of the Vicious Circle’s deadliest members, Cutthroat and HellRazor. He is sliced open multiple times by HellRazor before managing to get to his feet so that he can run away. Dragon smashes his way through a wooden fence but discovers that he had run straight into a dead end.

With nowhere else to go, Dragon has little choice but to defend himself and as Cutthroat prepares to deliver the killing blow he strikes. Dragon shatters the villain’s blade before breaking his right leg with a sickening blow. Cutthroat is kicked unconscious but by this time HellRazor has joined the fray and delivers several more slashing blows. Dragon shrugs off these wounds and proceeds to scare his remaining assailant off. Dragon is left to survey the damage done to him and the severe blood loss finally overwhelms him and he collapses, just as Rapture arrives on the scene…