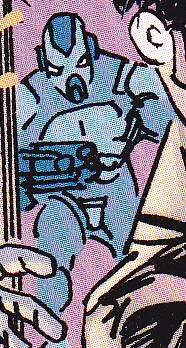 Gunman is a member of the Vicious Circle in attendance at a new member initiation. The ceremony is attacked by Dragon and many of his allies. He also shoots HotWire to death during the attack. He is later killed by Mako II during a fight