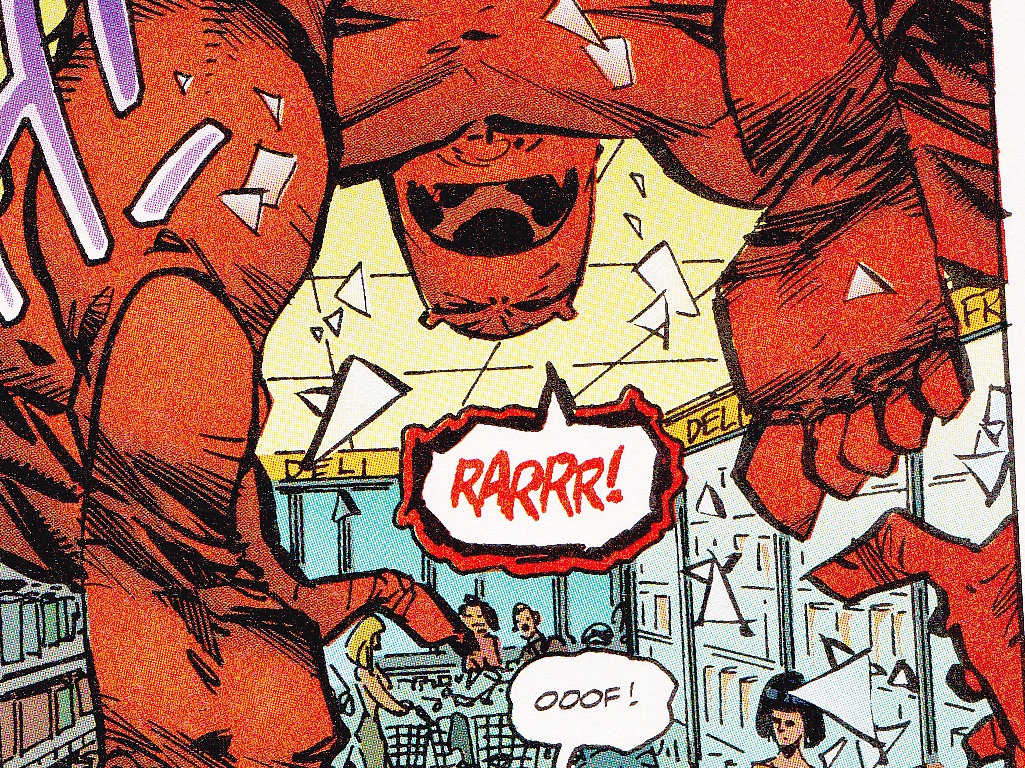 Red Doug is first seen fighting She-Dragon at a supermarket while Dragon does his shopping. He is quickly defeated by She-Dragon. Devil Doug is later seen with other Vicious Circle members who attack Hillman Hospital in order to get Dragon’s blood. He is later decapitated by Dart and has his his head mounted on a wall.